Many have suspected an all-digital future was coming, but Microsoft is taking real steps to make it happen. The company has announced the Xbox One S All-Digital Edition, a new version of its console that will ship without a disc drive and rely entirely on downloaded and streaming content. It comes with free copies of Minecraft, Forza Horizon 3, Sea of Thieves, and The Xbox One S All Digital will hit store shelves on May 7 for $249.99.

If you’re ready to embrace the all-digital future with open arms, you might be interested in preordering the Xbox One S All-Digital Edition. Here’s where you can get it and how much it costs. (Note: the links aren’t live yet, but we’ll update as soon as they are).

The following retailers don’t have Xbox One S All-Digital preorders yet, but we’ll update them as they go live:

Microsoft promises that it will keep the All-Digital Edition at $50 less than a standard Xbox One S even during sales. Since it doesn’t have a disc drive, you can’t use it to play Xbox One discs, or CDs, DVDs, Blu-rays, or 4K Blu-rays. As if to make up for that, Microsoft also announced Xbox Game Pass Ultimate, an upcoming subscription that combines Xbox Live Gold and Xbox Game Pass for $14.99 per month. It launches “later this year.” Both subscriptions will still be available separately, and if you’ve pre-paid for one, you’ll be able to apply your balance to Xbox Game Pass Ultimate. 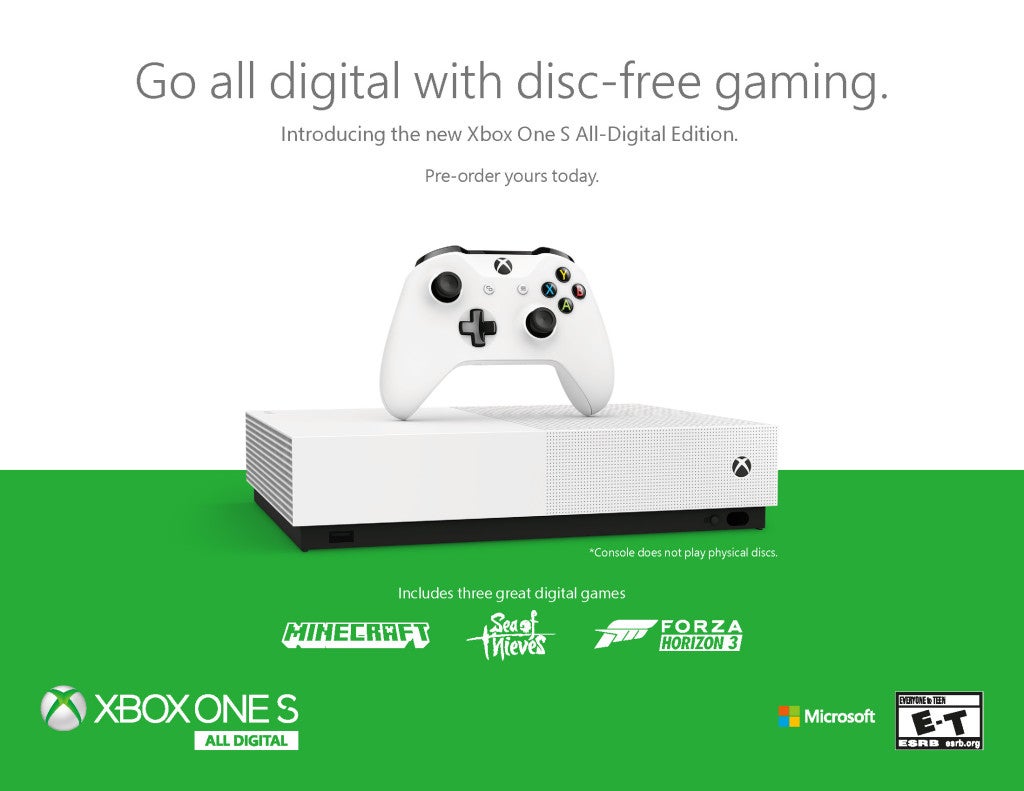