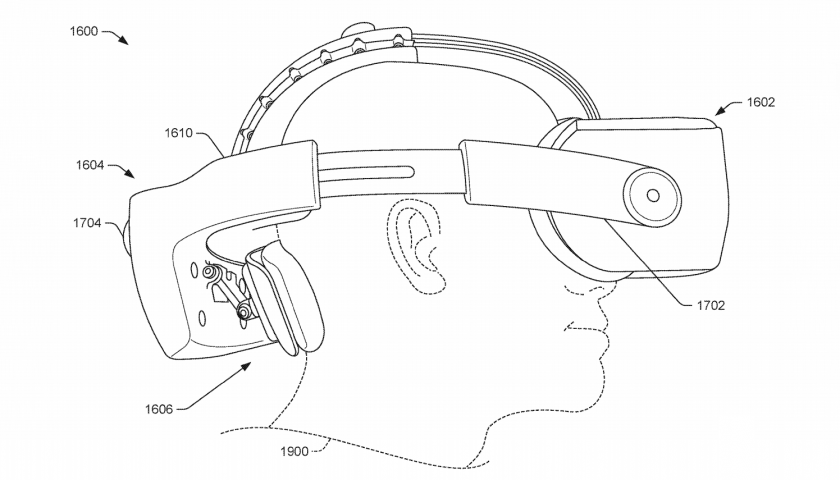 The Verge‘s Sean Hollister published an extensive hands-on with Steam Deck today, saying he’s “nearly a believer” in Valve’s vision for a portable gaming device built with PC hardware. Like many of us, Hollister is curious whether or not Valve’s work in creating a portable could open the door to a standalone VR headset from the company.

Hollister asked if Steam Deck’s custom APU could work in a standalone VR headset, and writes that 24-year Valve veteran Greg Coomer ‘lit up’ at the suggestion, saying he “loved the question.”

“We’re not ready to say anything about [a standalone VR headset], but [Steam Deck’s hardware] would run well in that environment, with the TDP necessary… it’s very relevant to us and our future plans,” Coomer said. TDP stand for Thermal Design Power which describes how much heat a processing system generates under load and how much power it consumes. Portable devices like phones need a low TDP so they don’t overheat or consume battery too quickly. This is especially important for standalone VR headsets because of the high performance demands balanced against the need to prevent overheating of a worn device… not to mention avoiding too much added weight from a battery.

Coomer’s response indicates that he thinks the AMD APU in Steam Deck—which ranges between 4 and 15 watts—could reasonably scale to the power, performance, and heat needs of a standalone VR headset.

In total isolation, we might be able to reasonably brush off Coomer’s comment as a fun “what if.” But there’s plenty of evidence that Valve has been investigating standalone VR headsets.

Earlier this year we reported on new patents from Valve that envision wireless and standalone versions of its Index headset, including novel head-mount designs to aid in cooling and weight balance. It’s important to set expectations however. Steam Deck’s hardware is powerful, but it isn’t magical. While Valve says it can run AAA PC games “really well,” they’re talking about running them at 1,280 × 800 (1MP) and no higher than 60Hz. Contrast that with Quest 2 which runs VR games at 3,664 × 1,920 (7MP), in 3D, and at a minimum of 72Hz, along with additional processing overhead dedicated to running the headset’s tracking and other functions. The only way Quest 2 achieves this is that all the games are built with far less graphical fidelity than what you’d find on a PC.

That is to say: if Valve built the Steam Deck hardware into a standalone VR headset, you won’t be running Half-Life: Alyx on it without completely gutting the graphics to the point that it looks much closer to a Quest 2 game. Granted, developers have shown that games made from the ground up for this kind of low-powered hardware can indeed look great, as long as they aren’t aiming for a highly realistic look.

Even so, it would be great for the entire industry to have Valve enter the standalone VR space which is currently dominated by Facebook. Having a serious alternative on the market would bring much needed choice and competition.

Valve could easily build a standalone VR headset with the same Qualcomm Snapdragon hardware that Facebook uses for Quest 2, but that wouldn’t make much sense for the company because Snapdragon is a different kind of CPU that can’t run PC applications—which is the bread and butter of Valve’s entire business. If Valve went that route it would mean fragmenting Steam into separate PC and mobile versions, with different games on each, which it has little incentive to do (especially now that it’s launching Steam Deck).

Now that Valve has proven it can build a portable gaming device with PC hardware, the door suddenly seems much more open to the possibility of a standalone VR headset from the company. If they took this path, they could continue to sell games right from the PC version of Steam (though they’d probably need to have a special section of the store reserved just for VR games that have been optimized with their standalone VR headset in mind).