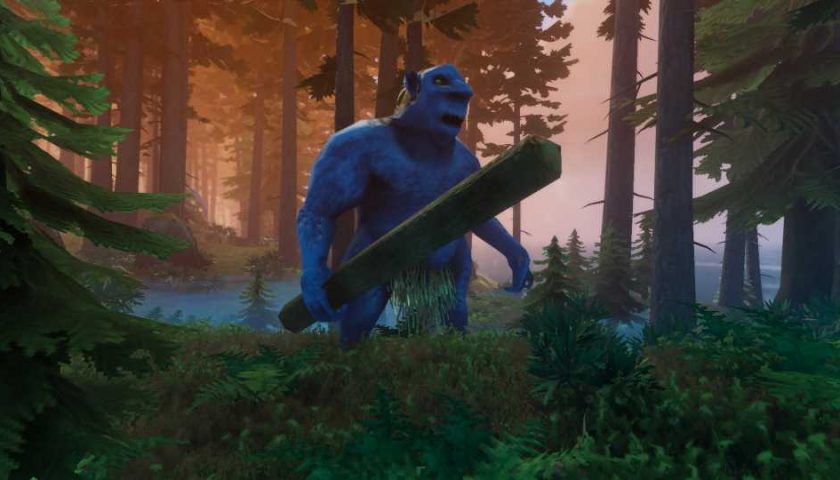 Valheim, the popular Viking-themed survival game for PC, doesn’t natively include VR support, but that won’t stop you from experiencing the vastness of its charming fantasy world from inside a VR headset. Now, one of the most accomplished teams working to add unofficial VR support to the game has updated their mod to let you finally interact with the world using your own two hands.

Initially released in February by Brandon Mousseau, not only does the mod let you play in VR in the first-person, but also now includes inverse kinematics for articulated upper body and finger animations, and a full assortment of things you can do with motion controllers. You can now do things like engage in melee combat via swinging and punching, naturally shooting a bow and arrow, holding up your shield, throwing spears, and fishing.

There are some things that haven’t changed because of the obstinately flatscreen nature of the game, such as some point-and-click interactions like building, gathering supplies, and interacting with menus. The mod however does now include custom controls for switching and equipping items via a more accessible quick menu, and holstering and unholstering weapons, which is a big step in making it feel more like a VR native.

Check out this video from YouTuber ‘Gamertag VR’ to see the mod in action:

There are still a few caveats to the Valheim VR mod. At the time of this writing, all multiplayer users must have the mod installed, otherwise those non-VR player may see some odd behavior such as missing upper-body and hand animations. Mod developer Brandon Mousseau also says full room-scale tracking is still in the works, as all locomotion is still based on joystick movement only.

If you want to play Valheim in VR, you’ll need a few things outside of a SteamVR-compatible VR headset, VR-ready PC, and a legit copy of the game. You’ll also need to download the BepInExPack installer to inject custom code, and the VHVR mod hosted over at NexusMods.

If you’ve never installed a mod for Valheim, Mousseau also created a handy step-by-step installation guide. You’ll find everything you need there.

Thanks goes out to Twitter user OXIOXI for the tip.