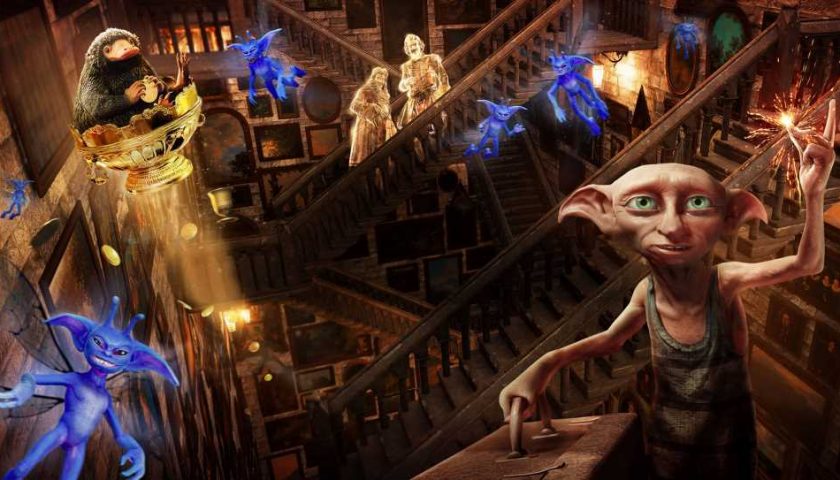 The Harry Potter New York store, which launched last month as a retail destination for fans of the series, is now home to two new VR experiences offering visitors a chance to cast spells with wands at Hogwarts and ride flying brooms through London.

Both experiences launched last week, supporting up to six players at at time, and have a total run time of about 30 minutes (including gearing up and down).

After missing the Hogwarts Express at King’s Cross Station, Dobby helps get us to Hogwarts School of Witchcraft and Wizardry. Students! Dobby needs your help. Journey through Hogwarts Castle, cast spells with your wand, round up Pixies, discover hidden secrets, and ﬁnd whether you and your friends can manage the Chaos at Hogwarts.

Take flight into the wizarding world on your own broom. Fly freely in the skies above Hogwarts before meeting Hagrid at Knockturn Alley. Then battle Death Eaters over the city of London, casting spells with your wand as you try to escape through the clouds to the safety of Hogwarts Castle.

Chaos at Hogwarts and Wizards Take Flight were made in collaboration with VR LBE, development, and production companies Dreamscape Immersive, Wevr, and Keylight.