Survios has raised $16.7 million to continue building gripping virtual reality games such as the just-launched The Walking Dead: Onslaught.

This is the company’s fourth funding round and is particularly important as the VR industry approaches a new hardware cycle. Facebook is launching the Oculus Quest 2 wireless VR headset on October 13. And the Oculus Link cable will enable you to play PC-based games — like those Survios makes — on the Quest 2.

Facebook is still pumping a lot of money into the VR ecosystem, despite sales falling short of the hyped projections of 2016, when the first generation of VR systems launched. During the past few years, Oculus and HTC launched multiple rounds of hardware, far exceeding the level of innovation in the console or PC games business. But the bulk of the hardcore gaming revenues stayed on the console and PC side. For the sake of VR stalwarts like Survios, it’s good to see investors are still willing to put money in VR game companies as they grow up into something bigger.

“This is really a ‘Survios grows up’ round,” said CEO Seth Gerson in an interview with GamesBeat. “We have new capital, and we’re adding new talent. The exciting thing is to create some really amazing cross-play experiences using everything we have learned so far in VR.”

The company has added new executives, including Mike Medrano as vice president of marketing (he worked in Blizzard’s marketing department); TQ Jefferson, the new chief product officer who specializes in taking franchise content and turning it into games; and new studio art director Tate Mosesian, who used to work at Naughty Dog.

The round was led by Irongrey, the investment arm of industrial conglomerate SeAH Group in South Korea, with participation from Woori Technology Investment, KNET Venture Fund, Seoul Investment Partners, Shasta Ventures, Lux Capital, and Samsung Next. 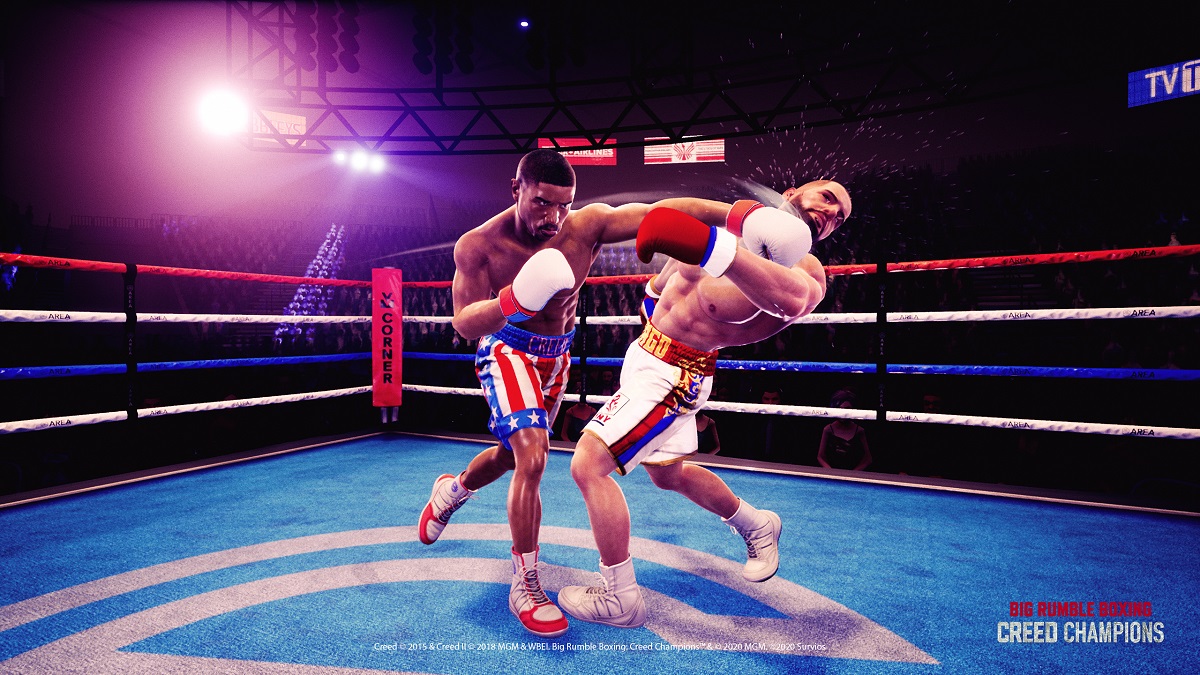 Above: Creed: Rise to Glory is one of Survios’ VR games.

Gerson says the pandemic was a driving force behind the investment. VR is gaining popularity as people stuck at home tire of Zoom calls and look for something more immersive, like exploring VR worlds, he explained.

“A lot of these trends were happening pre-COVID-19, and COVID really accelerated it,” Gerson said. “People are playing more video games. They want to be social.”

Launched by VR enthusiasts James Iliff and Nathan Burba, Survios has been toiling away in virtual reality since 2013. (Burba is still at the company, but Iliff has departed.) The Los Angeles company has watched the hype cycle around VR since before Facebook acquired Oculus in 2014, and it has persevered through the slower-than-expected growth of VR over the past couple of years. I saw one of the first demos with Survios’ Zombies on the Holodeck in 2014, and it was a thrilling experience.

Faced with slow growth, other VR companies pivoted into video games or enterprise VR, but Survios has stayed true to its roots in consumer VR games. It has had strong titles, such as Raw Data, Creed: Rise to Glory, and Battlewake, and teamed up with HBO to create Westworld Awakening.

The company just released its The Walking Dead: Onslaught on Steam in partnership with AMC, and the title will debut October 9 on Sony’s PlayStation VR for the PlayStation 4. The game features an original story cowritten by TV show writers from The Walking Dead and includes Norman Reedus as Daryl Dixon. 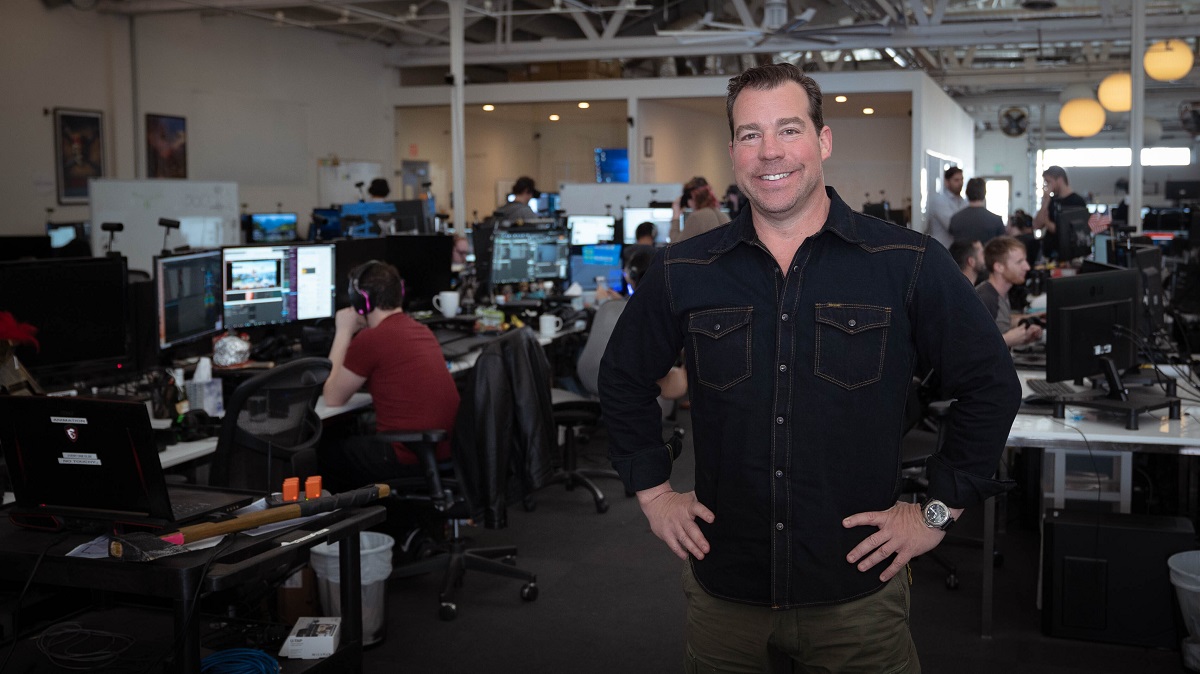 “To me, it’s really about the experience,” Gerson said. “I think experiences will get better and better. And that’s what people care about.”

Gerson joined Survios as CFO in 2016 and took the helm in 2018. During his tenure as CEO, the company expanded into VR game publishing and made the decision not to focus on proprietary hardware, which had been in development since the outset.

“I loved what they were building [at Survios], but to me, what was valuable was not the hardware, but the software,” Gerson said.

Survios attempts to deliver games that include locomotion, or moving around in VR, without causing people to throw up. That’s important because a lot of people get nauseous in VR. The team likes to create a feeling that you are really present in the VR world and delivers haptic sensations to increase the sense of immersion.

Gerson said he was impressed with Facebook’s continued success with the Oculus Quest line, which has been sold out for a while. (Facebook says the Oculus Quest 2 will be much more plentiful).

“I can’t tell you how many people have called me about how they want to get a Quest,” Gerson said. “With the new one [at $300], they have an aggressive price point. That’s a phenomenal package.”

Survios has been investing in making its games cross-platform so they can be played on VR systems such as Oculus, Vive, and PlayStation VR. 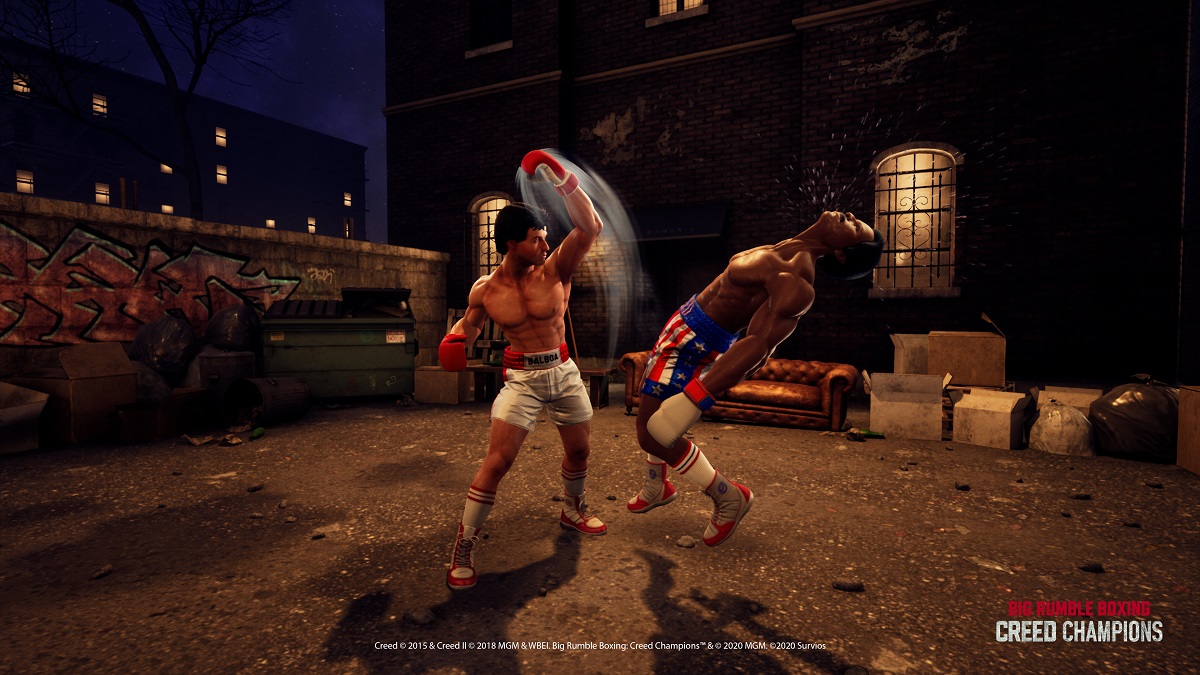 Above: Survios wants to give an uppercut to nausea with movement in VR.

“The units are increasing, and you can really drive a real business now,” Gerson said. “The opportunity to ship more than a million units of a game is there now, with maybe 8 million units in the market. That’s been happening while we kept hearing about the trough of disillusionment. You don’t have to be an economics major to know that demand is outstripping supply.”

Survios isn’t looking at expanding into VR arcades right now, as such businesses are hard to operate during a pandemic. But the company previously opened a single VR arcade to better observe how people play VR games.

“It was actually almost none of our revenue,” Gerson said. “It was a place where we could observe people who have never played VR.”

Right now, we’re stuck in the middle of the Zoomverse, but like many other companies, Survios would love to see the creation of the metaverse, the universe of virtual worlds that are all interconnected, like in novels such as Snow Crash and Ready Player One.

The metaverse will likely be a collection of massively multiplayer online games, put together in such a way that they’re all easily connected through cross-platform play, Gerson said. He believes VR ultimately has the best chance of establishing a metaverse because it is the most immersive technology.