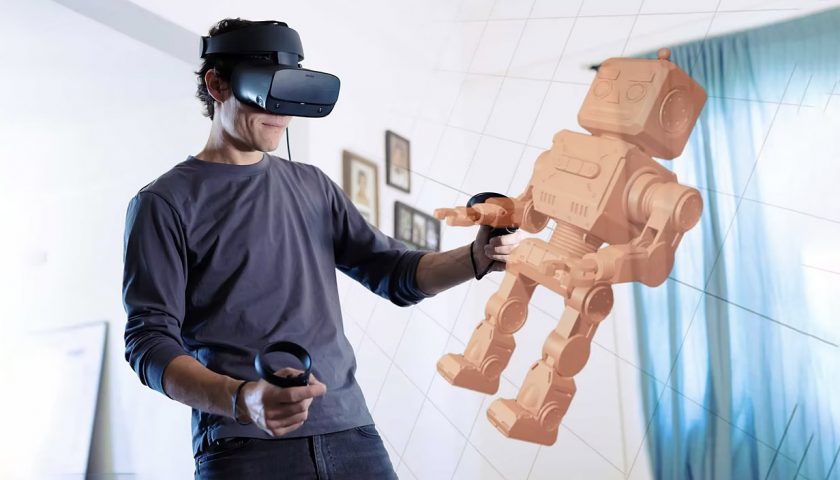 Adobe’s VR modeling tool, Substance 3D Modeler, is now available on Steam, bringing with it support for Valve’s Index headset and possibly others.

Adobe released 3D Modeler as part of its ‘Substance’ suite of applications last year. The application supports VR and non-VR modes. In VR, users can intuitively ‘sculpt’ 3D models to their liking, then pull them into the 2D mode for refinements and use with the rest of the Substance suite (or vice versa).

When the app first launched it only supported Meta VR headsets through the Oculus PC software. Now Substance 3D Modeler has launched on Steam, bringing official support for Valve Index and its controllers for the first time.

Ostensibly the app should work just fine through Steam on Meta headsets as well, and other SteamVR headsets may work with the app too, assuming users can create the correct bindings for their controllers (though Adobe is not claiming official support for any other headsets at this time). Sources tell us that official support for Vive wands could be coming in the future.

Unlike Substance 3D Modeler bought through Adobe’s Creative Cloud platform (which is only offered as a subscription) the Steam version is a one-time purchase with updates promised through the end of 2023. Though priced regularly at $150, the Adobe is offering a limited time ‘introductory offer’ of $100 (30% discount) on Steam for the next two days.

As announced previously Adobe still expects to bring Substance 3D Modeler to Quest as a standalone application next year.