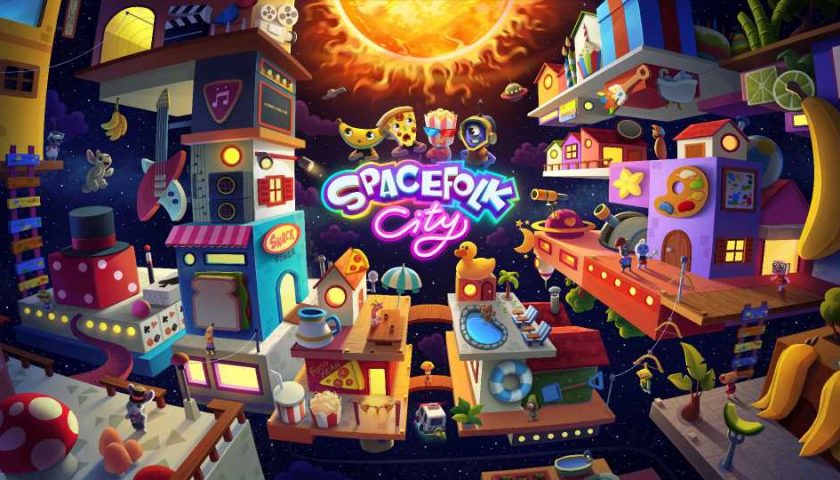 Spacefolk City is a city building simulator for Quest and PC VR that aims to get you plonking down a dense city landscape in free-floating space. At least from the trailer, it looks like a deliciously weird slice of fun.

Indie studio Moon Mode is hoping to bring the single-player Spacefolk City sometime this fall, priced at $30 on the Oculus Store (Quest, Rift) and Steam for PC VR headsets.

Moon Mode says you’ll be able to hand-place buildings at any orientation to create urban layouts that appeal to the interests and abilities of your city’s inhabitants. You’ll also get the chance to decorate your city with a range of “different absurd objects and items,” the studio says. Check out the trailer below:

As you’d imagine, the bright and funky city sim isn’t being targeted solely at hardcore fans of the genre, as its focus is mainly on accessibility to the 13+ crowd.

“There are very few casual, accessible city simulators in VR at the moment,” Moon Mode says. “Of the titles that do exist, few are approachable for people who might have never played games of this genre before.”

Anyway, here’s a quick rundown of the story:

Spacefolk are stranded after the collapse of their home and you have to help them build a new city. There’s still the danger of a dying sun to contend with though, so eventually you’ll have to find a way to leave the solar system for someplace safer. Each Spacefolk has body type-specific interests, so you have to build homes and facilities to reflect those to make them happy. Some inhabitants have special abilities like walking fast, building fast, or carrying heavier loads, so you’ll need to balance who is doing what.

There’s no specific release date yet for Spacefolk City, although we’re sure to hear more as we head into fall before it launches on Quest and SteamVR headsets.