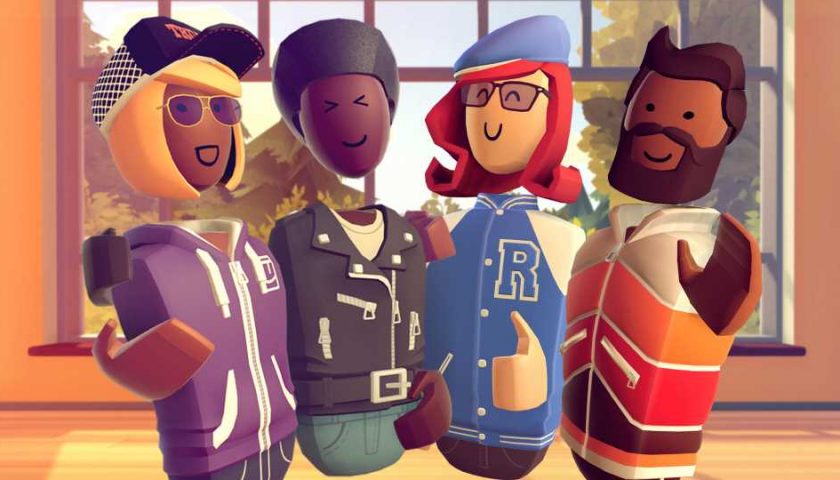 Rec Room, the popular social VR platform, has been making some big moves here recently, including securing a $100 million investment and taking its first steps towards opening a functioning digital economy. Now the cross-platform app is getting ready to hit one of the world’s largest userbases with a launch on Android devices coming this fall.

According to its Google Play listing, Rec Room is set to launch on Android versions 7.1 and up, something that accounts for around 70 percent of the market share for mobile operating systems.

The launch on Android is undoubtedly a big piece of the puzzle for Rec Room, as it will feature cross-play with all supported platforms, which includes iOS devices, PlayStation 5, PlayStation 4, Xbox Series X, Xbox One, PC via Steam, Oculus Quest, and all SteamVR-compatible headsets.

Rec Room is far from just a digital chatroom for VR and non-VR devices though; it offers up loads of bespoke content built by the company such as their popular multiplayer co-op adventures, but also the ability to make your own rooms and avatar accessories too. And it’s completely free.

The ability to make your own stuff has been the basis of the game’s burgeoning economy, which allows some users to create things like rooms or avatar accessories and sell them to others for the in-game token. Those tokens can be bought with cash by users to buy things, but can also be converted back to real-world cash now too, which essentially lets the studio pay certain users to create content.

The game has one of the strong userbases in the medium—the studio says 2021 seen a +500% year-over-year growth in users and over 1 million active monthly VR users—and it’s set to potentially explode in number upon release of Android support. The most apt point of comparison is the game’s 2018 launch on iOS, which the studio says saw an iOS download increase by 600% year-over-year. Combined with a fresh $100 million investment announced in March 2021, the studio now boasts a $1.25 billion valuation, making it the first VR software unicorn.

You can pre-register now for the Android version and get notified when it arrives. They’re also throwing out some free in-game stuff to everyone on the platform depending on how many people sign up.