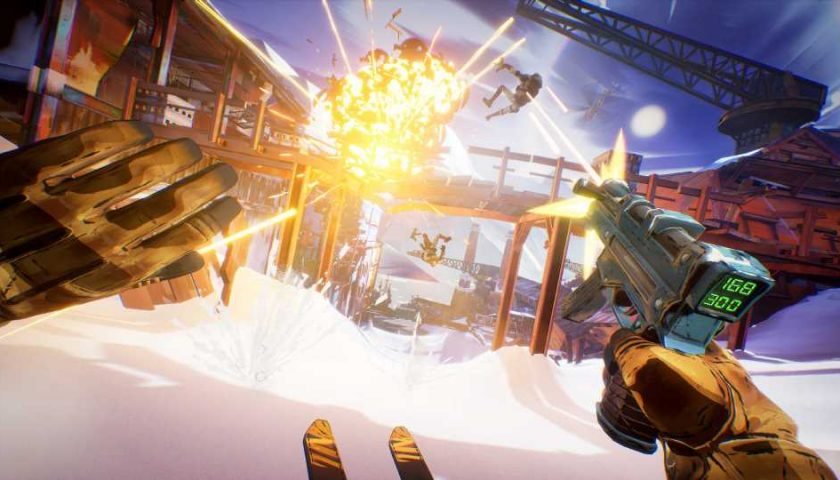 Fracked, an upcoming single-player shooter, just got a brand-new gameplay trailer that shows off more of its high-energy action.

In it, we get a look at some new action as you take on enemies skiing down a mountain, and have to fight through a horde of different baddies at a funicular station—that’s fancy talk for a train that can go up steep inclines.

If you’re wondering what the hell is going on, here’s what nDreams says about Fracked.

The corporation dug too deep unleashing the ‘Fracked’ from the depths. Across one day, take on an interdimensional army that combines hive mind mentality and gun-wielding supremacy – the perfect targets to unload round upon round into. Fracked is in-your-face action with a cutting commentary on corporate greed and the climate change emergency. Save the day, to save the world.

The studio says Fracked features a unique cover system as well as multiple first-person free movement methods. You’ll be able to lean into your skis as you traverse the game’s many mountains, physically climb to safety when, say, the funicular’s tracks have been destroyed, and make dangerous base jumps when you need a quick getaway.

There’s no clear release date yet, as nDreams is still quoting a Summer 2021 launch. We’ll have our eyes peeled for any news to pop up, so check back soon.