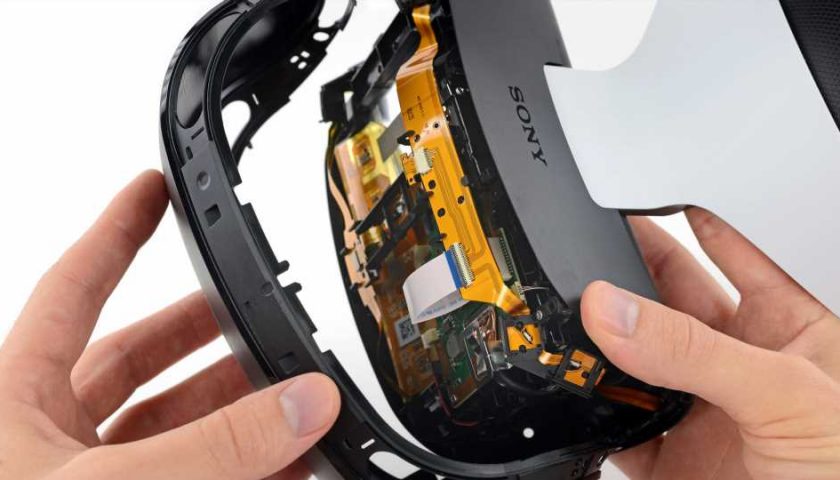 A report from Bloomberg citing unnamed sources points to a Holiday 2022 launch of Sony’s next-gen PSVR headset. The report says that PSVR 2 may be the only next-gen VR headset to use OLED displays rather than LCD.

Following reports of leaked PSVR 2 specs last month—which claim a 4.1MP (2,000 × 2,040) per-eye resolution, eye-tracking, head-mounted haptics, and more—this week a new report from Bloomberg, citing unnamed “people with knowledge of the matter,” says that the headset is aiming to launch in the Holiday 2022 window, and use new OLED displays from Samsung.

Bloomberg has a decent track record regarding the accuracy of its VR sources. Last year the company correctly reported that Oculus would release a successor to the Quest with a faster refresh rate, new controllers, and a smaller redesign that would remove the headset’s fabric accents. Four months later, Quest 2 was announced.

As the Bloomberg report notes, the majority of modern VR headsets have moved to LCD displays, but the next-gen PSVR may use a Samsung-made OLED display, just like the first-gen PSVR.

The first generation of consumer VR headsets—HTC Vive, Oculus Rift CV1, and PSVR—all employed OLED displays which were favored thanks to their excellent contrast, rich colors, and extremely fast response time which allowed these headsets to implement a display technique called low-persistence which sharpens the image during head movement and reduces perceived latency.

Second-gen VR headsets largely switched from OLED to LCD thanks to the availability of so-called ‘fast-switch’ LCDs which are capable of low-persistence and bring other benefits like higher resolution, lower price, and less smearing & mura. Sony’s PSVR was the only first-gen VR headset to use an OLED display with an RGB sub-pixel arrangement, where all others used a PenTile arrangement which caused more screen door effect and slightly less effective resolution. It also offered a refresh rate of 120Hz which was ahead of its time compared to 90Hz on other headsets.

It’s unclear if an OLED-equipped PSVR 2 would manage to retain the RGB sub-pixel arrangement or exceed 120Hz for the company’s next headset. As Samsung is the rumored display provider for PSVR 2 (and the display provider of the original PSVR), that will likely come down to what the display maker has to offer.