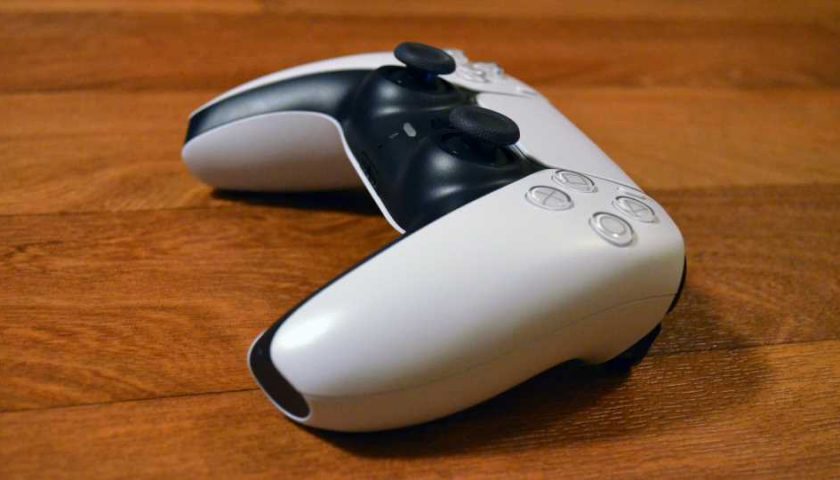 The launch of PlayStation 5 brought backwards compatible support for PSVR, but with Sony confirming a new PSVR headset in the works we’d be lying if we said we weren’t most excited by what’s around the corner. A new VR headset is alluring in itself, but even more so given Sony’s confirmation that “key features” from its impressive PS5 DualSense controllers will be part of the next-gen PSVR controllers.

Update (February 24th, 2021): Sony today confirmed work on a next-gen PSVR headset, including revamped controllers which will contain “some of the key features found in the DualSense wireless controller.” With that in mind, we’re highlighting our previous hands-on which explores how well suited the DualSense capabilities are to VR.

Original Article (October 27th, 2020): If you know your game console history, you’ll know that Sony coined the name ‘DualShock’ for its first haptic controllers introduced all the way back in 1997 on the original PlayStation console. With 23 years of DualShock controllers on PlayStation consoles between then and now, you’ll understand why it’s a big deal for Sony to call its PS5 controller by a new name: DualSense.

DualSense isn’t just a name change… it really is a big jump in controller technology from its predecessors. Beyond being arguably the company’s most ergonomic controller yet, the DualSense controller is packed with impressive haptics and motion tracking—the same tech we’d love to see in a future VR controller. I got to take the controller for a lengthy spin in the ‘Cooling Springs’ level of Astro’s Playroom, a non-VR spin-off from the same studio behind the PSVR masterpiece Astro Bot Rescue Mission (2018). The game was designed to show off everything the controller can do. Let’s talk first about rumble haptics. While the prior DualShock 4 controller was no slouch, the DualSense controller really is next-level. Rather than old-school ERM (eccentric rotating mass) rumble motors, the controller features a pair of powerful LRAs (linear resonant actuators) which are capable of a much wider range of haptic sensations or ‘haptic effects’ like buzzing, rumbling, thumping, pulsing and everything in between.

And the LRAs pack a punch. There’s so much power behind them that at times it can feel like the controller is actually filled with something that’s jumbling around within its volume… and this is where I apologize for attempting the impossible task of trying to convey haptic effects through text. The bottom line here is that the LRA-based haptics are capable of delivering a far wider range of haptic effects compared to the ERM of yore. You can think of LRA as increasing the ‘haptic resolution’ the controller is capable of; the difference and complexity of the effects is instantly noticeable with the DualSense controller.

Augmenting the LRA is a small speaker on the controller which not only adds an extra channel of ‘close’ audio to the overall feedback, but the speaker’s high frequency micro vibrations actually contribute further still to some of the haptic sensations. In Astro’s Playroom this was used for things happening directly to the character, like the ‘tink tink tink’ sound of their little feet walking on metal or glass, or the sound of rustling through foliage. Then there’s the adaptive triggers which offer dynamically-controlled spring strength. While the trigger normally feels no different than your typical controller, the force required to pull the trigger can be adjusted on the fly, ranging from the default strength to something much harder—an effect which makes it feel like the game is ‘resisting’ your intentions. In Astro’s Playroom this is used, for example, to give a sensation of ‘crushing’ an object.

And the triggers can do more complex effects too. Rather than simply being harder to pull, it’s possible for them to be harder to pull up to a point, and then suddenly ‘let go’ after that point. That can make it feel like you’re ‘struggling’ through something until it gives way. The reverse is also possible, where the trigger can feel easy to pull until a certain point and then become harder to pull, as if you’re ‘run into’ something along the way. Being able to change the trigger pull force on the fly allows the game to communicate far more information back to the player through one of the most important buttons on the controller. Opening up pathways for communicating additional information to the player is what haptics is all about, and it adds another layer of immersion.

For instance, in another game you could imagine the trigger suddenly becoming very hard to pull once your gun is out of ammo—to intuitively indicate that the current trigger pull is ‘invalid’ without needing to flash text on the screen.

It should be pointed out that, while the adaptive triggers are quite impressive, they don’t support what you’d call ‘force feedback’ (which would be where the triggers don’t just resist your pull to a greater or lesser effect, but can actively push back against your finger). That’s counter to my experience with PSVR devices in the past. Even with external tracking from the PS4 camera, I’ve noticed plenty of drift from the headset, PS Move, and PS Aim in various games.

While playing in ‘Cooling Springs’ in Astro’s Playroom the game allowed me to ‘inspect’ an object I found by rotating my controller in space, which would then rotate the object on screen. This gave me a good chance to test out the DualSense motion tracking.

No matter how violently I tried to shake and twist the controller, the on-screen object never lost its ‘forward’ direction—even without an external camera aiding in the tracking. I even sat the controller down in a random orientation for 30 minutes, and then compared the position of the object before and after, and found hardly any change. This shows that the controller’s IMU has very little internal drift and noise.

Little known fact about VR tracking systems: the IMU does the bulk of the tracking work, even for 6DOF tracking. While an external frame of reference—like a camera for inside or outside tracking—is important for correcting drift over time, it provides comparatively infrequent updates (on the order of 60Hz) compared to the IMU (typically around 1,000Hz).

That means that a good IMU is essential to a highly accurate 6DOF tracking system. And from what I’ve seen with the DualSense controller, Sony has picked a darn good one.

All told, the tech Sony is showing off in its DualSense controller on PS5 is really impressive and would be a perfect fit if realized in a PSVR 2 controller, whether that be a PS Move 2 or something else. Haptics are all about increasing immersion, and it’s not hard to imagine how even the existing PS Move controller would benefit from LRA rumble, adaptive triggers, and a much better IMU for tracking—culminating in a much more immersive VR experience.

The good news is that Sony has already deemed this controller tech good enough, cheap enough, and power efficient enough to stick into its standard controller. That bodes very well for potentially seeing the tech come to a next-gen PSVR controller.