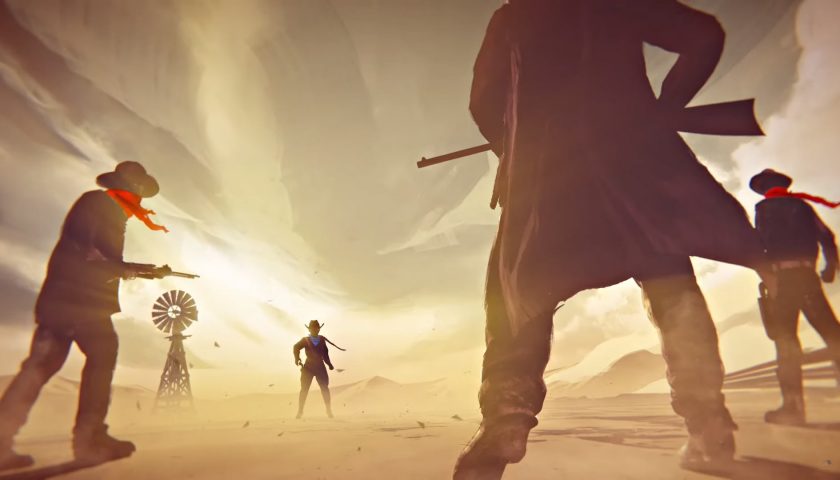 Pistol Whip (2020), the action rhythm-shooter from Cloudhead Games, is getting a update this summer that will bring both a so-called ‘Styles System’, which aims to remix gameplay by letting you choose from a number of new modifiers, and the game’s next Western-themed campaign.

The studio, which announced the news during UploadVR’s recent game showcase, says the Styles System will let you both choose from preset gameplay modes and customize them for new a different gameplay styles: e.g. big-headed enemies, bullet hell-style enemy fire, and a selection of different weapons seen throughout the game’s multiple campaigns.

This will allow you to modify gameplay practically any way you want and ‘remix’ any campaign level, Cloudhead says.

The new Styles System (seen in action above) is slated to arrive alongside the game’s next campaign, which is called ‘Smoke & Thunder’.

Smoke & Thunder was first teased back in April, and takes on a distinctively Western flavor as it spins the story of a Wild West gunslinger in search of her missing sister. We’re expecting a healthy dose of dual six guns and spaghetti western tropes aplenty.

Both are said to come at some point this summer, launching on all supported platforms including Oculus Quest, Oculus Rift, SteamVR headsets, and PSVR.