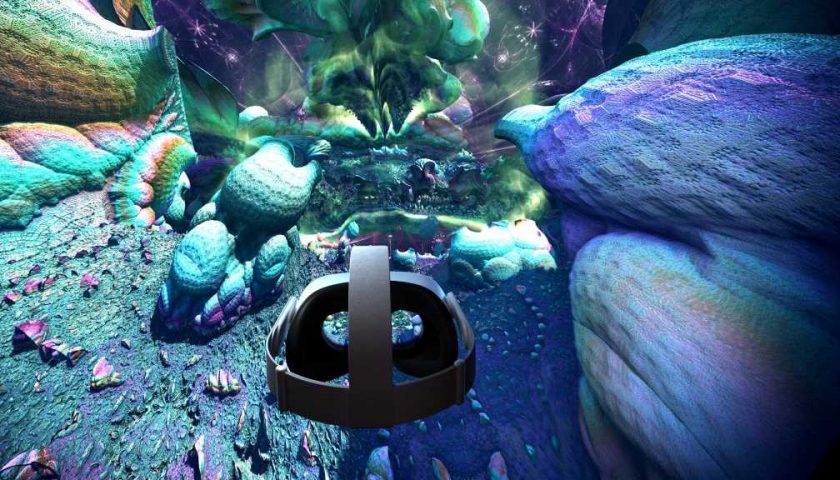 It’s been a while since we last wrote about Julius Horsthuis, a visual effects artist who authored a series of fractal 360 videos for VR which are simply mind-blowing—both now and back in the good ol’ days of the Oculus Rift DK2 when we first experienced them. Now the Dutch artist announced a new album is coming to VR headsets sometime this year that’s slated to throw us head-first back into his contemplative fractal worlds.

Called ‘Recombinaton’, the VR album is set to fractal visuals created in Mandelbulb3D—par for the course with Horsthuis’ pareidolia-inducing creations that recall alien worlds, life, the universe, and everything.

The experience isn’t real-time rendered—that simply wouldn’t be possible given the level of detail. Instead, it’s been pre-rendered and captured in 180-degree, stereoscopic 3D video, which features 4,096 × 4,096 pixels per-eye at 60fps. Back when Horsthuis announced the project in December, he said it was taking “a hell of a long time to render,” which is no surprise considering the level of detail and overall length. Recombination is set to be his longest VR experiences to date, clocking in at “well over 30 minutes.”

But what does it all mean? Horsthuis says Recombination explores “various themes in Physics, Math and Biology.” We’ll just have to wait find out more than that, it seems.

Horsthuis published his first fractal video back in December 2013, however we’re more familiar with Foreign Nature from 2015, which was his first 360 fractal video made especially for VR headsets. Since then, Horsthuis has published nine VR shorts, ranging from five to ten minutes.

There’s no firm release date yet on Recombination—just “2022”. In the meantime we’ll be keeping eyes glued on the artists YouTube channel and Twitter.