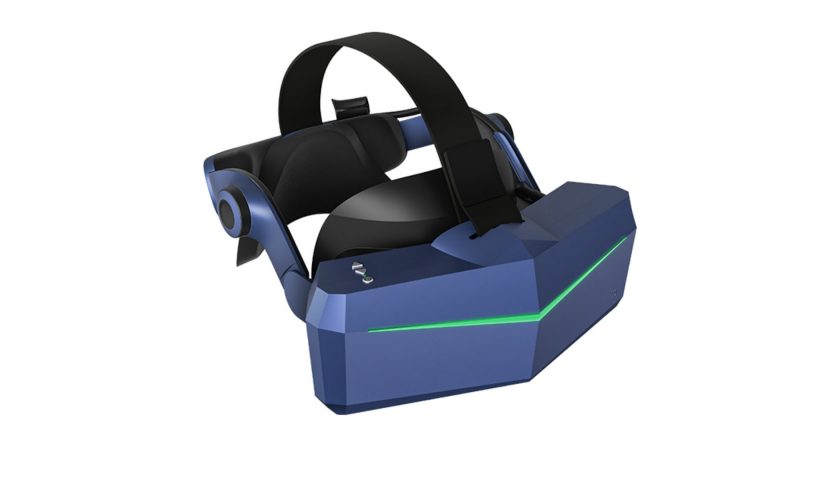 Pimax’s top of the line offering, the “8K” X headset, originally shipped with a max refresh rate of 75Hz for its native resolution mode. Today the company is releasing a beta update which pushes that up to 90Hz. The company says it worked with NVIDIA to overcome prior “bandwidth limitations” to enable the higher refresh rate on most GeForce RTX 30-series GPUs.

The Pimax “8K” X is the company’s flagship headset, and the only one capable of natively displaying full resolution frames on its dual 3,840 × 2,160 displays. However, when running the headset in this so-called ‘native mode’, the headset can only do so at 75Hz. Alternatively, users can switch to an ‘upscale mode’ which accepts a pair of frames at 2,560 × 1,440, and upscales them to the headset’s full resolution—this means the image isn’t quite as sharp but you can it run at 90Hz.

Today Pimax exclusively revealed to Road to VR that the company is releasing a beta firmware update for the “8K” X which will bump the headset’s refresh rate up to 90Hz even in the ‘native mode’, giving users both max resolution and max framerate.

For now this is only possible when using the headset with Nvidia’s GeForce RTX 3070, 3080, or 3090 GPUs paired with the right GPU driver version. Pimax “8K” X owners can download the beta firmware update here and see which GPU drivers are required. While the “8K” X beta firmware currently only supports native mode at 90Hz on the RTX 3070, 3080, and 3090, Pimax notes, “our team is still testing and hopefully the refresh rate upgrade can be extended for the “8K” X on additional GPUs in the future.”

Whether that might include the RTX 3060, or some of the higher-end 20-series GPUs, isn’t clear at this time.

Pimax says that it worked directly with Nvidia to break through prior “bandwidth limitations” which prevented the headset from running at 90Hz in native mode. Indeed, the difference in pixel throughput between upscale mode at 90Hz and native mode at 90Hz is more than double (664 MP/s vs. 1,493 MP/s), making it clear that bandwidth becomes a challenge.

Faster refresh rates in VR make for a smoother and lower latency view of the virtual world which benefits both comfort and immersion. High refresh rates are especially important for ultra-wide field of view headsets like Pimax’ because human peripheral vision is more sensitive to display flicker than the central part of our vision.

Note: We put the “8K” in quotes because Pimax isn’t referring to the same 8K that is often used to describe TVs and monitors. The headset’s total horizontal resolution is the width of an 8K TV display, but this is split across each eye. Additionally, the resolution height is just half the height of an 8K TV display. When referring to the headset’s name, we put “8K” in quotes to help our readers understand that it’s being used differently than they might expect.