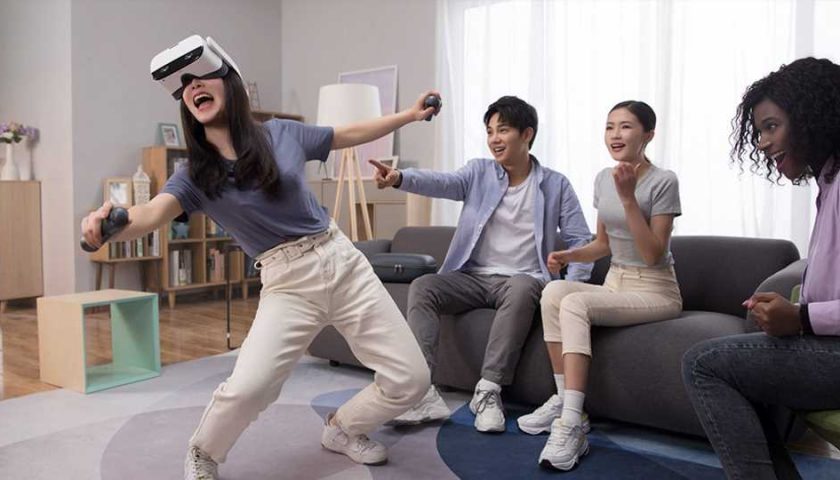 Pico Interactive, the Beijing-based VR headset creator, announced it has secured a fresh funding round of ¥242 million RMB (~$37 million), something the company says will help launch new hardware, and better position itself as a consumer-focused company.

According to a company press release obtained by Yivian (Chinese), investors include Keystone Capital, Shenzhen Yidun Media Investment Fund, CCB International, Jianyin Suzhou Science and Technology Fund. The cumulative funding amount of its Series B and Series B+ comes to ¥435 million RMB (~$66.5 million).

The company says the funds raised will be used to acquisition of core technologies such as optics, and creating greater demand in the consumer sector.

Henry Zhou, Pico Interactive CEO and founder, says the company is also getting ready to launch its next standalone VR headset, Pico Neo 3, which is slated to arrive sometime in Q2 2021. There’s no information on headset specs yet, however it’s set to be another standalone.

Pico maintains heavy focus on both developers and enterprise, so it’s still unclear whether Pico Neo 3 will be targeted at consumers. It’s certainly the direction the company intends on heading in the future, at least insofar the Chinese market is concerned.

Zhou further states that the new funding will be used to improve the its Pico Store content platform, something which is necessary if it hopes to compete against a surprisingly long list of domestic rivals. Pico also says it will be focusing on sports fitness, casual content consumption, and social VR applications. We were impressed with our hands-on with Pico Neo 2 back at CES 2020 (before, well, you know), with the headset respectably stacking up against the original Oculus Quest hardware. Supposing Pico Neo 3 is aiming to accomplish the same feat, but with Oculus Quest 2, it’s possible Facebook may have a modicum of competition to worry about in the enterprise sector.

Still, it’s unlikely we’ll see a consumer-focused Neo 3 outside of China simply because the company would need to attract a large amount of non-Chinese content to its store, something it plainly doesn’t have yet. It would also need to heavily subsidize Neo 3 to make it at an attractive price point, say, somewhere around $300 to raise any eyebrows. At the time of this writing, the cheapest version of Neo 2 costs a whopping 3,500 RMB (~$535), however it’s worth noting that China-based consumers can’t buy Facebook hardware.

Thanks to Antony Vitillo of Skarred Ghost for pointing us to the news.