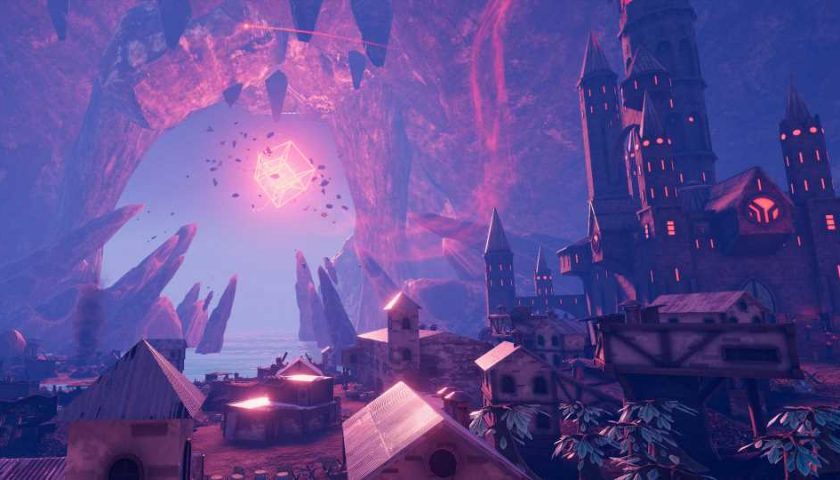 Vertigo 2 has been on our radar thanks to its slick unique world and slick-looking weaponry. While we still have a little longer to wait before we’ll get to play it, today the studio announced an early 2023 release alongside a fresh look at gameplay.

Vertigo 2 has been anticipated ever since the original Vertigo (2016) and its refinement Vertigo Remastered (2020) brought rich physics-driven weapons and interactions to PC VR headsets. Developer Zach Tsiakalis-Brown has been giving glimpses of the sequel over the last two years, but only now has he set a release date for March 30th, 2023.

Vertigo 2 is a single-player adventure built from the ground up as a game for high-end VR.

Deep underground in the reaches of Quantum Reactor VII, you awake to finish your journey home. No closer to your goal than when you first arrived, you must count on the help of the mysteriously familiar stranger who saved your life. On your way towards the center of the reactor, you will have to face bizarre alien flora and fauna leaking from other universes – and deadly android security forces whose job is to purge the Reactor of all life. As you try to determine who to trust, sinister forces lurk just out of sight.

With a branching story hinging on key decisions, there’s no telling what you’ll encounter in this absurd world. The only certainty is that there’s danger around every corner.

Vertigo 2 would look promising in its own right, but I’ve got to say I’m even more impressed considering this is purpotedly the sole work of developer Zach Tsiakalis-Brown. Can the game stand up to this tasty looking trailer? We’ll be looking forward to finding out out next year.