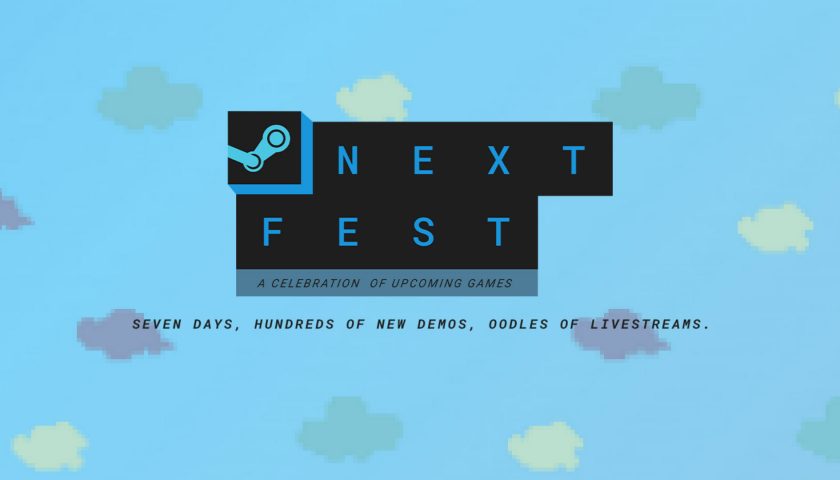 Valve kicked off another edition of Steam Next Fest this week, an indie showcase that offers up free demos of a bunch of upcoming games. We went hands-on with the most promising of the bunch so you know where to start first.

There are hundreds of demos on offer during Next Fest, and it’s no surprise that only a smalls slice of those feature VR support. Still, there’s some notable games worth popping into that may just entice us into hitting that green ‘wishlist’ button.

Here’s our favorite demos that are definitely worth your time. Don’t forget to check out all available game demos over at the Steam Next Fest VR page for more.

Virtuoso is VR music creation sandbox that’s coming to Quest and PC VR headsets in March. Featuring six built-for-VR instruments for some well-placed syncopated beats and a virtual microphone, Virtuoso will make you feel like, well, a virtuoso.

This the opening bit of the VR version of popular open world survival simulator Green Hell, which made a splash on PC back in 2019. Building and crafting isn’t as intuitive or deep as, say, Song in the Smoke, but Green Hell VR offers up a good opportunity to go head-first into the unforgiving Amazon rainforest and familiarize yourself with the tools of the trade.

When’s the last time you played Lemmings? It seems like forever ago for me at least. Kartoffl replaces the namesake with some wide-eyed 3D tubers who will march their way to the goal, or their untimely death if you haven’t placed the right gadgets to guide them.

Spaceship cockpits in VR hardly see the level of love and care that Ziggy’s Cosmic Adventures puts in, filling the space with all sorts of important buttons, levers, and gadgets galore that will keep you moving, defending, and repairing your ship on your adventures through the galaxy. The demo is a predictably bite-sized slice that we can’t wait to see more of.

Incoming draws its inspiration from arcade classics such as Missile Command. Sitting above your pint-sized island, you defend your various bases from nuclear attack by firing counter measures that need to be properly placed in 3D space. It’s a fun little game that promises massive boss battles and plenty of reasons to keep your head on a swivel.

You aren’t so much driving the taxi in The Last Taxi as you are wiping the windshield, protecting it from collisions, schmoozing with passengers, and making sure to report any crimes you might overhear as the world’s last human taxi driver. Even with on-rails driving, hands-on controls with all of those gadgets will give you plenty to do.

You’ve driven a big rig in Euro Truck Simulator, a passenger bus in Desert Bus VR, and now a forklift in Best Forklift Operator. This physics-based game demo tosses some basic training and challenges your way that will get you virtually certified for that operator’s license you’ve wanted ever since you saw Staplerfahrer Klaus.

We Are One is an asynchronous puzzle that tasks you with solving challenges with clones of yourself, feeling kind of like a shooter version of Transpose (2018). Come up with a plan, delete any mistakes—like tossing a gun out of reach or otherwise breaking a temporal chain of events—and do it quick. It has a mobile arcade game feel that fans of Angry Birds VR will probably like.

Now There Be Goblins

Tower defense games in VR can be pretty boring when they’re basically just a 3D translation of the mainstay interactions, like, say, plopping a tower down. Now There Be Goblins gets you in the fight though with a shield, cool weapons like a retractable hammer, and an arsenal of gadgets that will have you feeling more you’ve fast-forwarded to the some cool one-off action sequence in a much larger world.

Ok, Hubris feels a bit dated in a few ways, but the game’s focus on lush visuals and cool environments is hard to pass up. It’s not clear from the demo whether it’s going to be worth a buy or not, but there’s a not-unsubstantial amount of content here to get you weighing whether you’ll hit that wishlist button or not. You’ll swim, jump, and climb your way through some very cool looking places, making you feel like you’ve stepped into a sci-fi adventure film from the get-go.