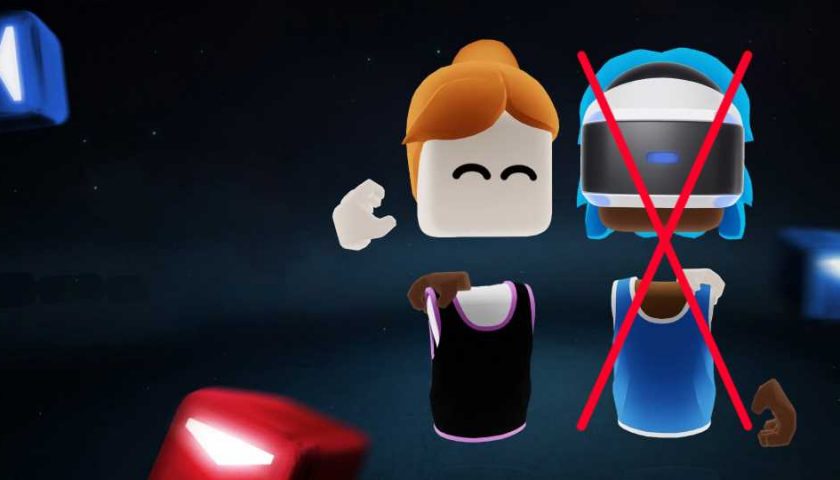 One of VR’s most popular titles, Beat Saber, launched a multiplayer update one year ago today. While the Facebook-owned studio behind the game said it hoped to launch multiplayer simultaneously on all platforms, a delay to the mode on PSVR has inexplicitly stretched to an entire year. The studio says it continues to work on multiplayer for the PSVR version of Beat Saber, but won’t say what the holdup is.

Beat Saber is one of VR’s most popular titles, and it was big news for players on October 13th, 2020 when the game finally got a multiplayer update that allowed up to five players to chop blocks to the beat together.

Prior to the update’s launch, Facebook-owned developer Beat Games affirmed that it hoped to ship the update on all platforms at once, but warned the PSVR version “might” come a bit later.

“Dear PSVR players, we are doing everything we can to make sure we release multiplayer simultaneously on all platforms on October 13 [2020] but there might be a delay with the PS4 version. Please bear with us and check our social media regularly for new updates about PSVR.”

From that point forward, the company has occasionally affirmed that it’s still working on Beat Saber multiplayer for PSVR, but somehow that delay has gone on for an entire year with no explanation.

Back in March of 2021 Beat Games reminded PSVR Beat Saber players that it was still working on the feature, and said it would see the same updates as the other platforms once it arrived.

“Dear PSVR players, the team continues to work on Multiplayer and will update here when we have more to share. We’re also working to add all new Multiplayer tweaks we launched today,” the developer tweeted.

Fast forward to today, the one year anniversary of Beat Saber’s multiplayer update, and the studio has no news to share. As of this week, the studio is “still working on PSVR multiplayer,” a spokesperson tells Road to VR.

Considering that the studio initially expected to launch Beat Saber’s multiplayer mode on all platforms at once, it’s difficult to discern what could be blocking Beat Games from doing so on PSVR; even more confusing, perhaps, is that the studio hasn’t offered any detail into the situation.

It seems unlikely that it’s a technical issue given the time the studio has had to work on the problem. Platform politics between Facebook and PlayStation might be to blame, with neither side wanting to publicly fault the other for fear of calcifying the impasse. Music-licensing complications could also play a role.

While the multiplayer update hit both the Oculus and Steam versions of the game at the same time, there was no cross-platform multiplayer out of the gate. Beat Games fixed that back in September with an update that allows players from both platforms to connect using a room-code function rather than a friends list.

The PSVR version would hopefully include similar functionality to allow all Beat Saber players to play together, but at this point the bigger question seems to be whether or not multiplayer on the PSVR version will ever see the light of day.