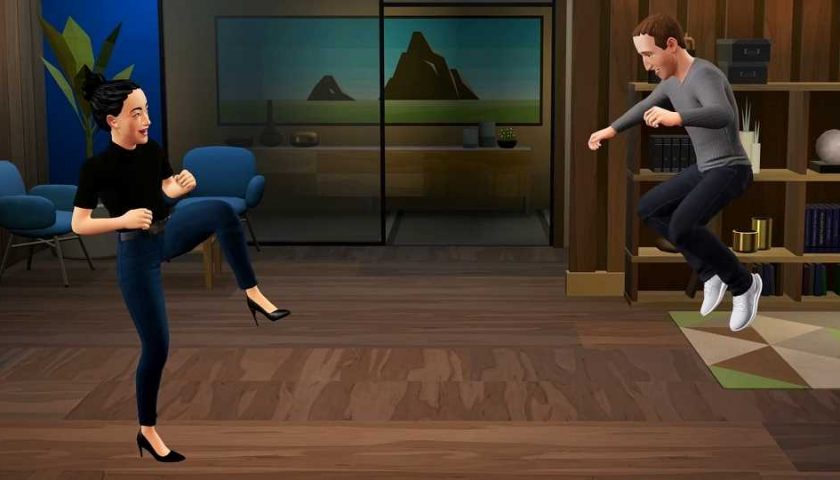 This week Meta showed off a preview of its next-gen avatars during the Connect keynote. Frankly, they looked great! However, there’s… less than meets the eye here.

When Mark Zuckerberg appeared in Horizon during the Connect 2022 keynote sporting a next-gen Meta avatar with complete body tracking I was frankly blown away. Compared to the existing leg-less avatars that everyone appears as in Horizon, these new models not only had a full body, but also incredibly natural and movements with not a glitch in sight… it seemed almost too good to be true.

From what I know of the existing tech and limitations for tracking the body from a headset… what was shown here would have amounted to breakthrough work from Meta. Here was Zuckerberg literally jumping around and touching his feet with seemingly perfect tracking. His on-stage guest also highlighted what appeared to be perfectly accurate elbow tracking, something that’s only roughly estimated with today’s avatars. Zuckerberg then proceeded to say that these avatars would be launching sometime next year.

But all is not what it seems. After reaching out to Meta to clarify what tech was used to create that segment, a spokesperson told me the team used common external motion capture tech to drive the movement of the avatars, rather than its own solution running real-time on one of its headsets.

From my conversation with Meta, the company explained the segment was intended to show off how the next-gen Meta avatars look (from a model and texture standpoint) but how they moved was, “presented for illustrative, forward-looking purposes,” the company said.

So I have serious doubts that the first full-body VR avatars from Meta will have this level of high quality body tracking—and I’d argue the company was a little deceptive here.

What we’re probably going to see in the first iteration of Meta avatars with legs is an AI inference of leg positions that will look plausible from a third-person view… but nothing like being able to jump around and touch your feet—in fact, from a first-person view you probably won’t be shown your virtual legs.

But there’s no doubt that Meta’s avatars have been getting consistently better and that the company has been doing tons of R&D to try to reach the vision Zuckerberg presented.

Meta is burning the candle on both ends here. For one it’s steadily upgrading the avatars that actually exist today—like new face-tracking that will come thanks to Quest Pro—to make them more expressive and human. And on the other end, the company is working to try to make the most photorealistic avatars it can with its Codec Avatar project, which it hopes will one day be usable even on low-powered headsets.

So I won’t say that Meta will never have avatars that show the kind of full-body tracking quality that was shown off at Connect 2022. In fact there’s an interesting possibility that VR controllers with on-board cameras (like Touch Pro) might be able to solve this problem one day, but it seems certain this won’t be the case for the first version of Meta’s legged avatars.