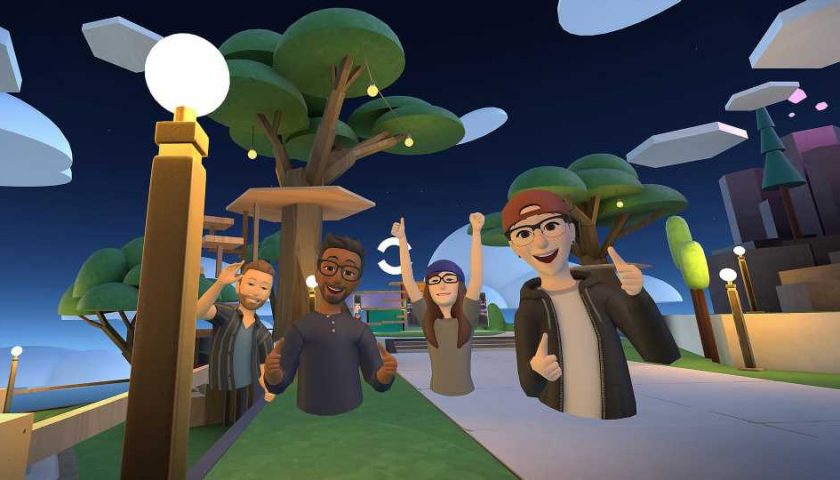 Meta opened its Horizon Worlds social VR platform in December, rolling out its proto-metaverse project to Quest users in the US and Canada. During an all-hands company call this past week—where CEO Mark Zuckerberg dubbed Meta employees ‘metamates’—the company announced its Horizon platform has now exceeded 300,000 users.

A Meta spokesperson confirmed that number, stating that it includes the base social platform Horizon Worlds and live event viewing app Horizon Venues, but not the work-focused app Horizon Workrooms.

It’s not exactly clear what the number signifies in terms of actual Horizon users; it could refer to unique visitors over the lifetime of the project since launch, or monthly active users. Still, the milestone undoubtedly highlights the sort of immediate reach Meta has as the Quest platform holder.

Meta’s deep pockets also ensured that everyone at the Super Bowl could see Horizon in action, visually telling the story of a Chuck E. Cheese-style animatronic dog who is cast away from his pals and then meets back up with them in VR, underlining the tech’s ability connect people and share unlikely experiences.

300,000 is a big number any way you slice it for a VR app, although here’s some perspective. Rec Room—arguably Horizon World’s largest competitor—announced in early 2021 that it had broken one million monthly active users in VR, half of which used Quest 2.

Like Rec Room, one of the big draws to Worlds is the ability to create custom rooms using in-app tools, to which Meta says its users have now created over 10,000 worlds. Prior to securing a $145 million funding round, valuing Rec Room at $3.5 billion, the kid-friendly platform announced in 2020 its was hosting over three million user-created levels. Meta clearly has some ground to cover.

Some of that catch-up strategy will likely entail opening Horizon up to the rest of the world, and not just Quest users in the US and Canada. It’s still not certain when that will happen.

Eventually, Meta also hopes to fuse all of its Horizon apps to make them more accessible, which could even include the ability to connect with non-VR users too. That would put Meta much closer to its goal of running its own metaverse—what you might define as an interconnected, immersive experience that allows for persistent identity, items, avatar, etc.

While that day hasn’t come yet, with Meta’s (née Facebook’s) recent pivot to the metaverse, it may arrive sooner than you think. Shareholders are counting on it.