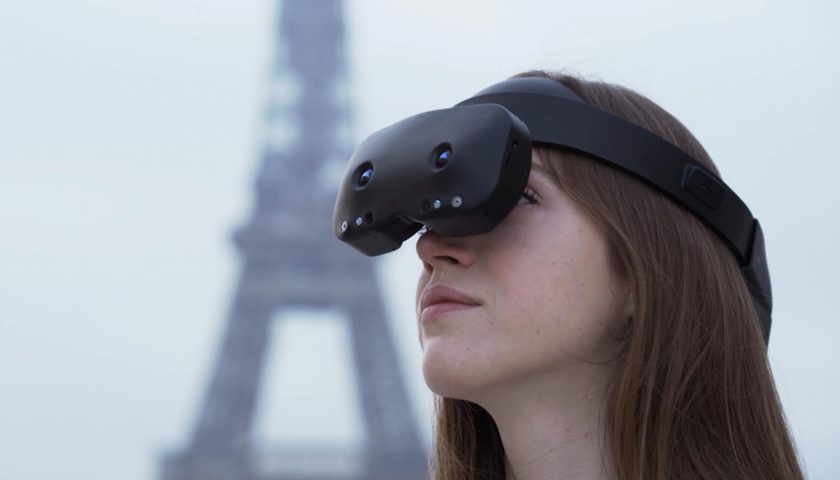 Alongside Somnium Space, participants in the latest funding round also include what Lynx calls early supporters of the company and “other investors involved in the AR/VR field such as ex-Meta and Google engineers.”

This brings the company’s total outside funding to $6.8 million, according to Crunchbase data, following the R-1 headset’s $800,000 Kickstarter campaign back in late 2021 and a seed round of $2 million in early 2019.  As a part of the deal Artur Sychov, founder & CEO of Somnium Space, is joining the company’s board of directors.

Built on Qualcomm’s XR2 chipset, Lynx R-1 combines high quality cameras and virtual reality displays to achieve passthrough AR in addition to standard VR (aka, mixed reality), making it an early pioneer of the category. The headset also ditches the standard Fresnel lenses for a novel optic called a “four-fold catadioptric freeform prism,” which is said to slim down the size of Lynx R-1 seemingly beyond what current Fresnels can do.

“At Somnium Space we truly believe in the future of open and decentralized Metaverse which empowers its users. This includes, not only software, but also very importantly hardware,” says Artur Sychov, Founder & CEO of Somnium Space. “The Lynx team led by Stan has created an extraordinary AR / VR device (Lynx-r) with openness in mind which will change and revolutionize the way we all think and interact with this market category. I am very happy to support this company and believe that together we will push the boundaries and potential of the VR/AR industry forward.”

Founded in 2019, Lynx has high ambitions for its R-1 headset too. Priced at $600 for its consumer version, the company is looking to lead the way into the same product category that many established players are soon to enter, including Meta with Project Cambria and Apple with its rumored headset, reportedly code named N301.

“We have this opportunity right here to create the European Champion of Mixed Reality with our work at Lynx, supported by a vibrant community of users and developers desperate to see alternatives to Big Tech companies products and their closed ecosystems.” says Stan Larroque, founder and CEO of Lynx. “What’s the point of creating a European Metaverse if the underlying platform, the door we use to access it, remains in the hands of the same big players with their damaging business models?” he adds.

Since finalizing the design of Lynx R-1, the company has also completed an office expansion in Paris, now at more 200 square meters of R&D, and established a new office in Taiwan.