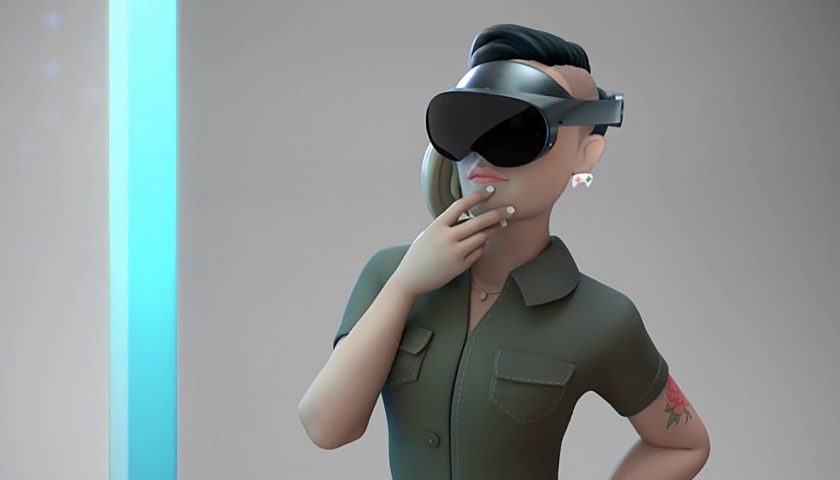 Official tutorial videos uncovered today show a previously unseen Oculus headset, controllers, and charging dock. The videos may reveal a new Quest 2 Pro or Quest 3 headset which could be officially revealed this week at Facebook Connect.

The videos were posted on Twitter by user Bastian who says they come from ‘Seacliff’ firmware (which is believed to be the codename for an upcoming Oculus headset). While Bastian has consistently uncovered new information from Oculus software, they credit a user named Samulia with discovering the videos.

In addition to the unknown headset, the videos also show Oculus Touch controllers without any tracking rings, as well as a dock which appears to charge both the headset and the controllers.

The missing tracking rings on the controllers parallel previous purported leaks which suggested the new controllers may include cameras to do their own inside-out tracking, instead of being tracked by the headset’s cameras (as is the case with the original Quest and Quest 2).

It’s unclear if the headset in the videos is an upcoming product—it could simply be a placeholder or a generic headset for demonstration purposes—though it bears a striking resemblance to one of several prototype VR headsets that Facebook teased earlier this month. If the video is portraying a new Quest headset, it appears that some of the device’s components have been moved to the rear headstrap, allowing the front of the device to become more compact and goggle-like than prior Quest headsets. Given that the annual Facebook Connect conference is just days away, the natural speculation is that this headset will be officially revealed at the event. Mentions of a ‘Quest Pro’ device have been uncovered previously, alongside information suggesting that the headset could include face & eye-tracking. The company could of course also brand such a headset as ‘Quest 3’, though we’ll have to wait and see what is revealed at Facebook Connect on Thursday.