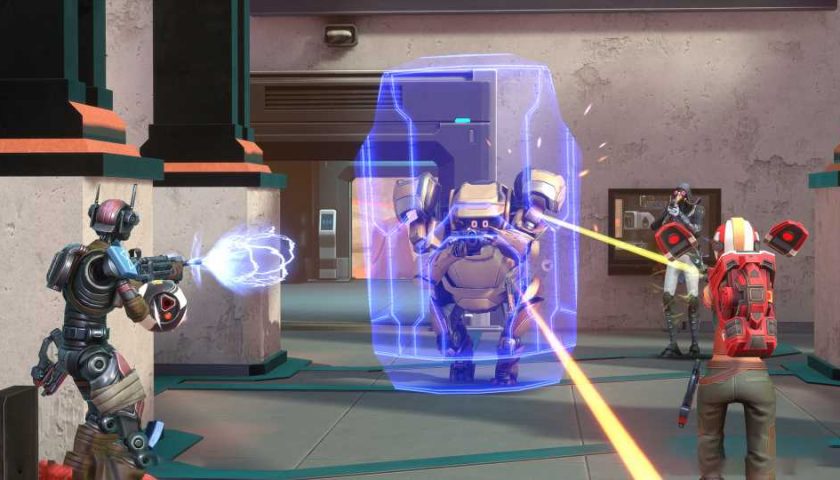 Larcenauts, the new VR hero shooter from Impulse Gear, launched last week on Quest, Rift, and Steam. However, the studio says it ran into a last minute issue which meant the SteamVR version was only compatible with Oculus headsets out of the gate, leading to confusion among buyers who attempted to play the game with non-Oculus headsets.

As far as Steam goes, the overwhelming expectation from customers is that VR games sold there will always support native SteamVR headsets like Vive and Index. Although this is almost always the case in practice, there’s actually no technical requirement; developers are free to sell Oculus-only titles (or for any specific headset) on Steam if they choose.

In the case of Larcenauts, developer Impulse Gear had announced before launch that the game would support SteamVR headsets, which lead to customer confusion when the Steam version of the game launched last week with support for Oculus headsets only.

Aside from marking the game’s Steam store page with Oculus as the only compatible headsets, the studio wasn’t particularly explicit that the SteamVR version didn’t support non-Oculus headsets out of the gate. It seems the studio may have expected that Steam would warn buyers that their headset was not listed among the game’s compatible headsets, but unfortunately Steam doesn’t have that functionality.

Impulse Gear says it was indeed planning to support Oculus and SteamVR headsets at launch, but ran into a bug and decided to launch the game only with support for Oculus headsets for the time being, though a fix is in the works.

“Unfortunately we ran into an issue with UE4 and SteamVR compatibility so it is Oculus only for now. We are working with all parties involved to get this addressed ASAP. This is super disappointing for us as well… we love SteamVR,” the studio told Road to VR.

Larcenauts has seen some small hot fixes on Steam since last week’s launch, but as of Saturday the studio says it’s “still working to address the SteamVR compatibility issues.”