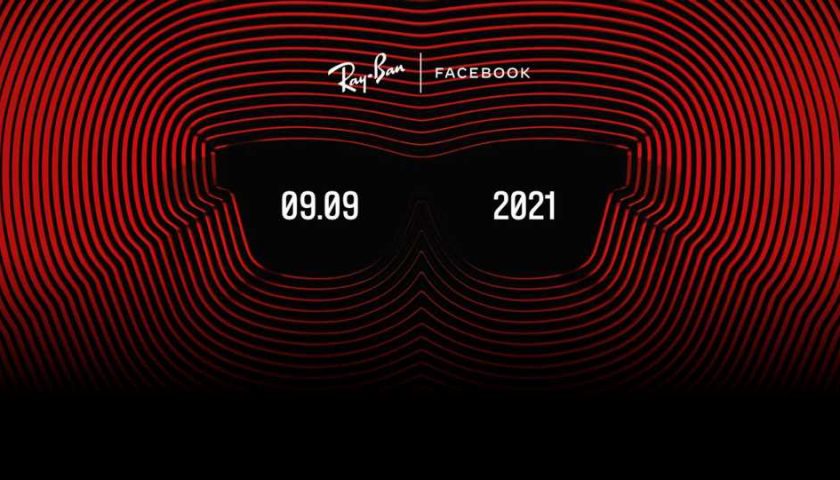 Facebook and Ray-Ban are collaborating on what promises to be a pair of smartglasses, something that Facebook CEO Mark Zuckerberg said in July would “let you do some pretty neat things.” Well, the companies are getting ready to reveal the device on September 9th, 2021, so we’re sure to learn more then.

Ray-Ban, a brand of the mega Italian-French optics firm EssilorLuxottica, released a splash page showing off the silhouette of a very Wayfarer-looking pair of specs. Although we’ve heard about the deal for two years now, little is known about the upcoming ‘smart glasses’—their words, not ours—they at very least have the ability record high-quality video.

Facebook Reality Labs VP Andrew Bosworth tweeted a video earlier this week showing off some of his family vacation, which notably features a cameo by none other than Mark Zuckerberg. It’s thought these were recorded with the Ray-Ban/Facebook specs.

Bosworth also tweeted another video emphasizing the device’s ability to be capture video whilst leaving the user free to golf two-handed. In both videos we can see Zuckerberg and April Bosworth donning what appear to be Ray-Bans, although it’s unclear if either these are the ‘smart’ variety or otherwise.

Smartglasses are a wearable device separate from augmented reality, and are generally defined by their ability to present useful information to the user, often in the form of a small floating screen or heads-up display (HUD). Like a smartwatch, information ranges from things like text messages, biometrics, incoming phone calls, turn-by-turn directions, etc. Think Google Glass or Vuzix Blade—not Microsoft HoloLens or Magic Leap 1.

In Facebook’s Q2 2021 earnings call in late July, Zuckerberg said he was excited release the glasses whilst continuing to “make progress on the journey towards full augmented reality glasses in the future.” We’re hoping to learn what precisely separates the Ray-Ban specs from camera glasses like Snap’s Spectacles (gen 1-3), which only record brief snippets of video.

If you’re interested in learning what separates smartglasses and augmented reality, read more here. We’ll be following this story as it breaks tomorrow, so check back for more then.