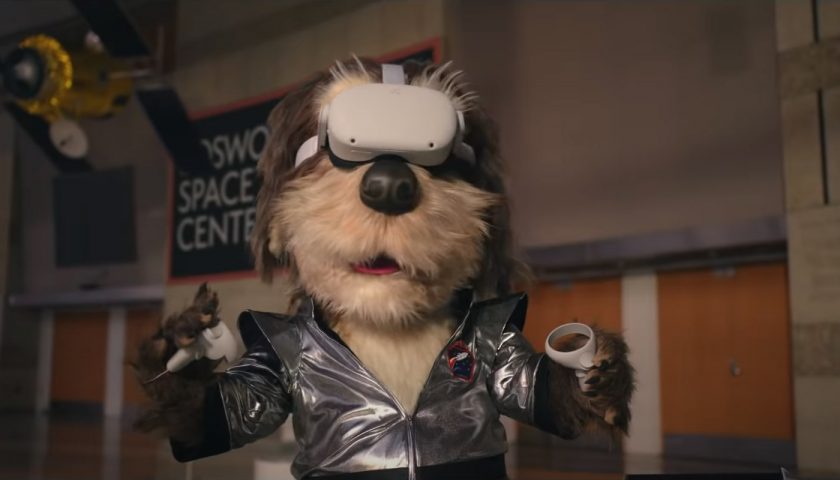 It’s hard to find a single event with a bigger audience than the Super Bowl, which has made it one of the hottest pieces of advertising real estate anywhere. Meta went big this year with a 60 second ad spot that served to both promote VR to a national audience and solidify its rebranding from Oculus Quest 2 to Meta Quest 2.

If you were watching the Rams and Bengals duke it out during Super Bowl 56 on Sunday, you will also have been introduced to ‘Questy’s’ in an ad during the first quarter. The 60 second spot, which centered around a personified animatronic band that once played at a restaurant called Questy’s, was likely the single most expensive VR-related ad ever shown on TV to date.

The ad hinges around the tagline “Old friends. New Fun,” and featured the melancholic 1985 track Don’t You (Forget About Me) by Simple Minds—making the ad seemingly designed to appeal to the Millennial demographic.

Beyond merely putting VR in front of a national audience, the ad clearly served some specific purposes for Meta.

For one, the ad further solidifies the company’s transition away from the Oculus brand and ‘Oculus Quest 2’, now bringing both the headset and the newly renamed parent company directly together under the name ‘Meta Quest 2’. Notably ‘Facebook’ was not part of the ad at all. Second, the Meta Super Bowl ad subtly introduced Horizon Worlds, Meta’s social VR platform. Although this point was perhaps underserved beyond those who are already familiar with VR and Horizon Worlds, the plot of that ad was that, after getting split up, the animatronic band was able to reunite in a virtual version of the Questy’s restaurant that was built within Horizon Worlds. And Meta actually built a real… virtual version of Questy’s inside of Horizon Worlds that you can visit yourself. It doesn’t really look anything like the restaurant depicted in the ad, but it’s a neat little space filled with mini games and you can even put on costumes to become the animatronic characters from the ad.

Produced in collaboration between Meta and ad agency Anomaly LA, the 60 second version that aired during the Super Bowl was chopped down from the full one minute and 46 second spot that Meta shared a few days ahead of the game (the full version is embedded further above; you can see the 60 second version here).

And there’s a good reason they opted not to play the full one minute and 46 seconds during the Big Game. With 30 seconds of Super Bowl airtime reportedly costing upward of $6.5 million, Meta likely spent around $13 million for the 60 second ad’s single run during the Super Bowl. Had they booked the full version it may have cost nearly $23 million.

What did you think of Meta’s Super Bowl ad? Did it meet its objectives? Was it effective? Let us know in the comments below.