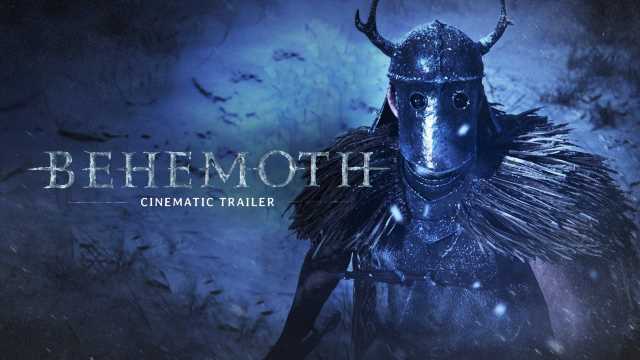 Skydance Interactive, the studio behind popular zombie shooter The Walking Dead: Saints and Sinners, revealed Behemoth back in October during Connect, showcasing a very brief teaser that left a lot to the imagination. Now the studio has released a longer cinematic trailer, which at least gives us a better idea of what the game will be all about.

At the Game Awards last night, Skydance Interactive dropped its first full-length trailer for Behemoth, an action RPG slated to release on all major headsets in late 2023.

Granted, it’s a cinematic trailer with pre-rendered footage, so it’s probably not representative of actual gameplay. We’ve seen some pretty familiar combat mechanics elements in The Walking Dead: Saints & Sinners though, albeit gussied up to appeal to the AAA crowd, so it’s likely we’ll see a lot of the basic interactions when gameplay is revealed at some point.

The studio also offered up some fresh info on what to expect from the story-driven game:

“In Behemoth, players will explore the plague-ravished wasteland of a once glorious empire, where its inhabitants are driven mad and cities have fallen to ruin. In glorious VR fashion, players’ bodies and minds will be tested as they combat towering colossal giants called Behemoths. Raw strength won’t be enough, however, as they must use various tools in their arsenal to defeat these gigantic creatures and the other nightmarish enemies that scour this brutal world in their quest for a possible cure.”

Behemoth is set to launch on Quest 2, PSVR 2, and PC VR sometime in late 2023. We’ll be keeping tabs on what promises to be another skull-splitting adventure from the makers of The Walking Dead: Saints & Sinners.