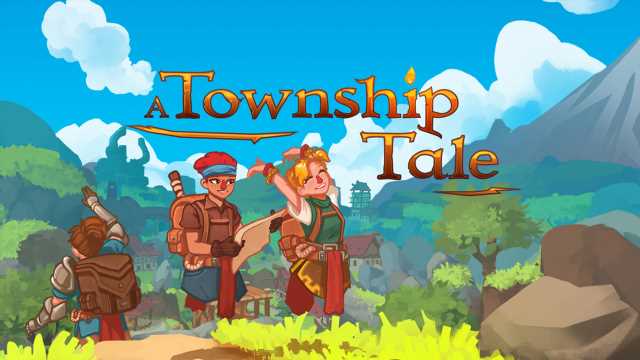 A Township Tale, the MMO-like VR game available on PC VR headsets since 2018, is making its way to Oculus Quest next month. In anticipation of its July 15th launch, developer Alta has opened pre-orders today, which includes a few goodies like getting a chance to play before launch.

If you pre-order the game on Oculus Store for Quest starting today (priced at $10), you’ll be able to hop into the game on July 13th. In addition to the standard dedicated server, you’ll get an exclusive outfit, toolbelt, and an additional 1,000 Talems (for a total of 2,000 Talems) of its in-game currency.

We call A Township Tale “MMO-like” because it offers a wide range of activities, crafting, and opportunities for leveling—all of it playable with up to eight players in a persistent world. You can take on tasks like building up your town through blacksmithing, mining, and woodcutting, but you’ll also have to fight all sorts of monsters too. Check out the trailer below to see it in action:

Road to VR’s Ben Lang went hands-on with the Quest version of A Township Tale, and it proved to offer up an intuitive and interactive crafting system that allows for deep gameplay.

“Exploration is really the name of the game in A Township Tale, both of the world and mechanically,” Lang says. “Very little is handed to you outright, and players will need to work together to discover how it all works as they go. As you explore, you’ll learn how to improve your crafting, learn new abilities, and even upgrade the town for everyone.”

A Township Tale is free-to-play on PC, where Talems are sold in bundles for real-world cash—the lowest denomination costs $10 for 1,000 Talems. The same is true for the Quest version of the game, although that $10 initial purchase price comes with 1,000 Talems already.

Cross-play between Quest and PC isn’t supported at launch. The studio says it has plans to support “one-way cross-play” at some point, which would allow PC players to connect to Quest servers.