Self-driving cars. Artificial general intelligence. Beating a human in a game of chess. Grand challenges are tasks that can seem like moonshots that, if achieved, will move the entire machine learning discipline forward. Now a team of researchers with the recently established OcéanIA is treating the study of the ocean and climate change as a machine learning grand challenge. The four-year project that brings together more than a dozen AI researchers and scientists shared some initial plans this week.

The OcéanIA project begins with a focus on the automated recognition of plankton species, many of which have not been documented. Next to trees and forests, plankton and the processes they’re a part of in the ocean are some of the largest carbon capturing methods on Earth. Last year, the Intergovernmental Panel on Climate Change identified a correlation between climate change and ocean’s ability to sequester carbon, produce oxygen, and support biodiversity. A study released in May found that plankton absorb twice as much carbon as scientists previously thought.

A team of about 15 researchers are working on OcéanIA across machine learning and fields like biology, Pi said during her talk, said Inria Chile Research Center director Nayat Sánchez Pi.

“These crucial ecological services provided by plankton need to be better measured, monitored, and protected in order to maintain the ocean’s stability, to mitigate the various effects of climate change, and ensure the food security of population,” she said. “Oceans today we can say are the last unknown, and understanding the role of oceans in climate change is not only important but also a challenge for modern AI and applied ML.”

Pi was one of four keynote speakers at the Latinx in AI workshop Monday as part of the Neural Information Processing Systems or NeurIPS conference. Affinity workshops at the conference include Black in AI, Jews in AI, Queer in AI, and Women in Machine Learning. For the first time this year, NeurIPS will host Indigenous AI and Muslims in AI workshops.

Machine learning challenges presented by the need to study plankton and oceans range from working with small datasets and few-shot learning methods to transfer learning, the process of  repurposing a model for new tasks.

Specific challenges listed in the proposal paper include the creation of models that incorporate complex knowledge about plankton into ocean-climate models and the development of “a metabolic model including the main microbial oceanic compartments and couple it with physics,” and computer vision for identifying plankton from satellite images. Satellite imagery is a traditional method researchers have used to understand plankton populations.

“I do think [for] the future of AI and ML, a great challenge is scientific discovery. Indeed, how to embed prior knowledge, scientific reasoning, and how to be able to deal with small data,” Institute for Computational Sustainability director Carla Gomes said during a panel discussion one year ago. 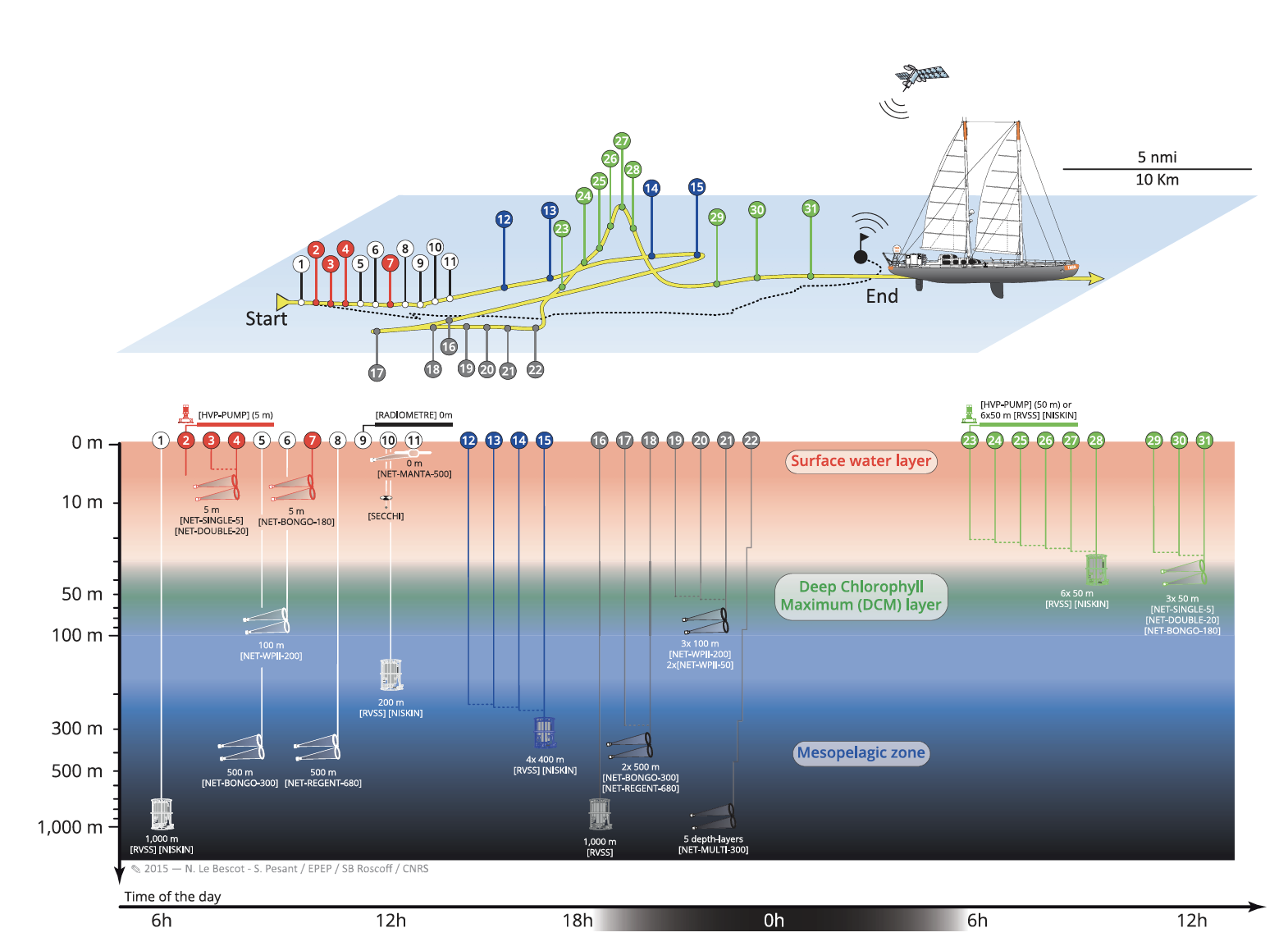 Data to study plankton species will come courtesy of Tara Océans Foundation, which has undertaken 11 expeditions since 2005. The 12th Tara Océan expedition will focus on the study of the ocean ecosystem. It begins this month and continues through July 2022. The expedition will travel along the coast of Africa, Europe, and South America. Along the way, participants will collect samples at depths ranging from the surface of the sea to 1,000 meters deep.

More than 35 scientific institutions from the University of Sao Paolo in Brazil to the University of Cape Town in South Africa will participate in study of samples and data collected by Tara Océans. An upcoming leg of the expedition will go through the Patagonia region of Chile.