Nothing would say failure more than killing a new graphics card a month after introducing it. So no, Internet, AMD did not kill its reference Radeon 5700 and Radeon 5700 XT after releasing the cards on July 7. Well, not really anyway.

Translated by machine it apparently says: “We learned this morning, from our sources, that the AMD RADEON RX 5700 and RX 5700 XT reference graphics cards were already at the end of their life.” 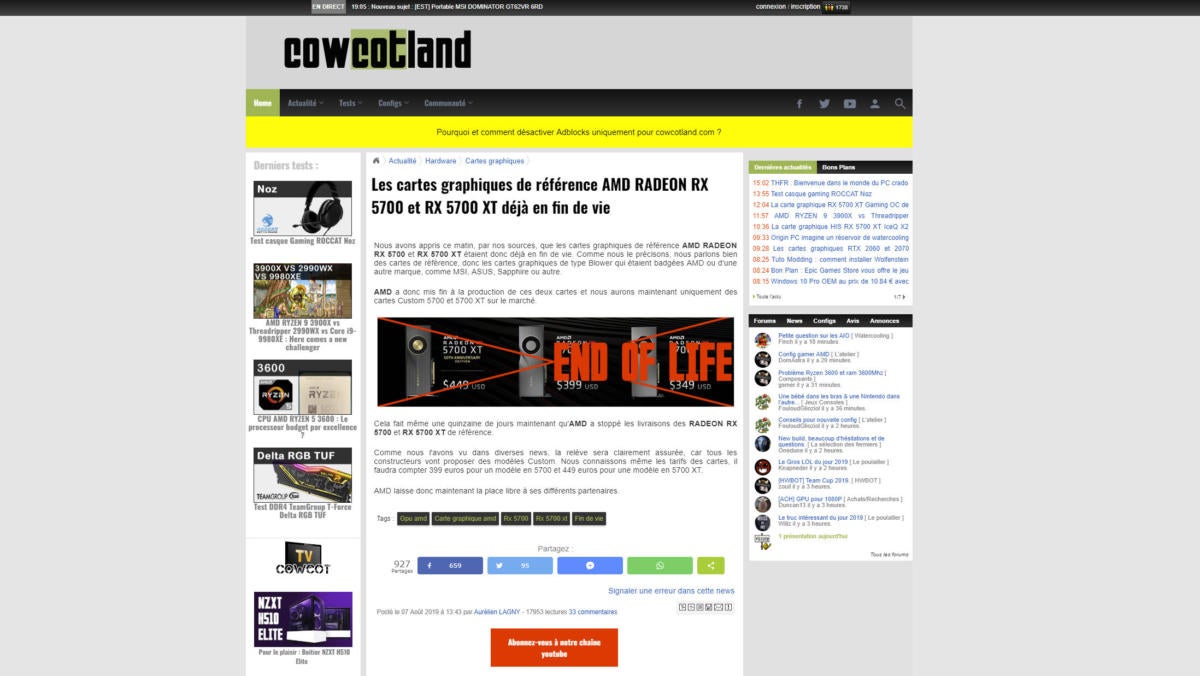 A report on Cowcotland.com indicates AMD has ended its reference cards. That’s not neccesarily true.

The report went on to say that even though the AMD reference blower designs essentially (but not literally) were put in the same landfill as those old E.T. Atari game cartridges, souped-up aftermarket Radeon 5700 designs would continue.

That kicked off hand-wringing and cardboard-box smashing in forums across the Internet who assailed AMD for “cash grabs.” Others said good riddance, because that blower design stank anyway.

PCWorld contacted AMD and was told by officials that no, that’s just not true. The company didn’t deep-six the design it debuted just a month before (read our review), but it was simply not competing with its partners.

“We expect there will continue to be strong supply of Radeon RX 5700 series graphics cards in the market, with multiple designs starting to arrive from our AIB partners,” AMD officials said. “As is standard practice, once the inventory of the AMD reference cards has been sold, AMD will continue to support new partner designs with Radeon RX 5700 series reference design kit.”

If we read that right, the company expects aftermarket designs to continue flourish, as well its reference design for the companies that want to carry it.

But hey, Fridays seem to be the day to discuss rumors gone bad. Just last week, a popular Russian Youtuber mistranslated a statement by Intel’s Raja Koduri, which resulted in the false rumor that the first Intel GPU would cost just $200. Intel said that wasn’t true, and the Youtuber ultimately removed the video.