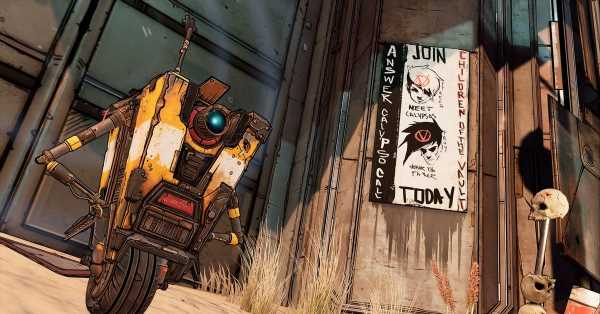 The movie adaptation of Borderlands has some big stars attached, and the studio making it, Lionsgate, just announced the movie’s Claptrap. The plucky robot companion will be voiced by Jack Black, who will star alongside Cate Blanchett as Lilith, Kevin Hart as Roland, and Jamie Lee Curtis as Patricia Tannis.

Claptrap is one of the most prominent characters in all three Borderlands games. He starred in his own downloadable content called Claptrap’s New Robot Revolution and was a playable character in Borderlands: The Pre-Sequel.

Jack Black definitely has the comedic chops to take on the character of Claptrap, who is the series’ main source of comic relief. The latest draft of the screenplay was written by Craig Mazin of HBO’s Chernobyl and The Last of Us.

Borderlands will be directed by Eli Roth.

It’ll likely be a while yet before Borderlands hits the big screen, but it looks like the film has quite a talented cast set up. It’s not clear how closely the film intends to stick to the source material but it sounds like we can expect the game’s most persistent robot to likely play a large role. We still have yet to learn who might play the remaining two player-characters from Borderlands, the hunter Mordecai and big boy Brick.