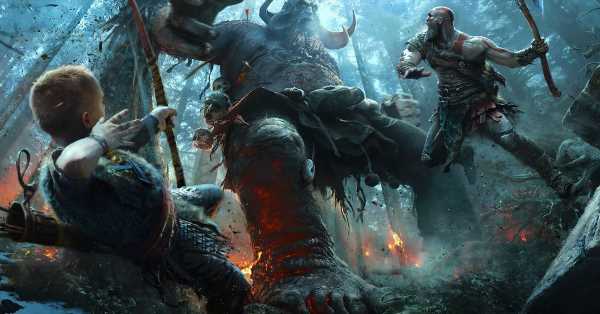 A God of War live-action TV show is reportedly in the works according to a story at Deadline. Amazon is negotiating for rights to the show to go to Prime Video, Deadline sources said.

The Expanse creators and executive producers Mark Fergus and Hawk Ostby, as well as The Wheel of Time executive producer and showrunner Rafe Judkins, are said to be involved in the project. Sony Productions and Sony Pictures Television will be included in development, too.

This isn’t the first new video game adaptation being considered by Amazon Studios. That group is already working on a Fallout and Mass Effect series, pulling from two hugely popular gaming properties. Similarly, Amazon is not the only studio looking to games for new content: Halo on Paramount+ is already secured for two seasons despite not debuting its first yet. Dungeons & Dragons, Cuphead, Earthworm Jim, and Nier: Automata are just a few of the other titles with adaptations in the works.

Sony’s Santa Monica released God of War, a reimaging of the franchise that spans more than 16 years, in 2018. It was critically acclaimed for its mature story and new narrative direction. The franchise now centers on the Greek god Kratos and his son Atreus as they travel through the world to meet gods and monsters. The next game in the series, titled God of War: Ragnarok, is expected out in 2022 on PlayStation 4 and PlayStation 5.