Quantifying the proportion of displaced people and their locations in the wake of natural disasters is often a Sisyphean task. In an effort to furnish humanitarian organizations and government agencies alike with better information, Facebook today launched a new version of its Displacement Maps that calculates displacement levels on a daily cadence.

The improved Displacement Maps — which come roughly a year after the initial version was released as a part of Facebook’s Disaster Maps product suite — was co-developed by the Norwegian Refugee Council’s Internal Displacement Monitoring Centre. It taps aggregated and de-identified data from users of Facebook’s cross-platform apps who have opted into location history. And unlike the previous version, it doesn’t struggle to distinguish among displaced people and those traveling after a disaster for work or leisure.

“Partners such as SEEDS India and the Harvard T.H. Chan School of Public Health have used previous versions of our displacement maps for disaster response and public health research, and we hope that our full list of over 100 NGO and research partners will be able to leverage these new maps to fulfill their missions,” wrote Facebook researchers Eugenia Giraudy, Paige Maas, Shankar Iyer, Alex Dow, Alex Pompe. “As climate change increases the frequency and severity of natural disasters, response organizations require improved data to better understand the dynamics of weather-based displacement.”

Facebook says Displacement Maps now analyzes the patterns of people in areas affected by natural disasters that exhibit “abrupt changes” in their movement patterns, aggregated to a city level. It first studies normal movement patterns in the 30-day period before the crisis to establish a baseline. Then, it looks at patterns in the two-week period after the crisis and compares them with the pre-crisis patterns, calculating and comparing people’s home location and their typical distance traveled away from home for both time periods. 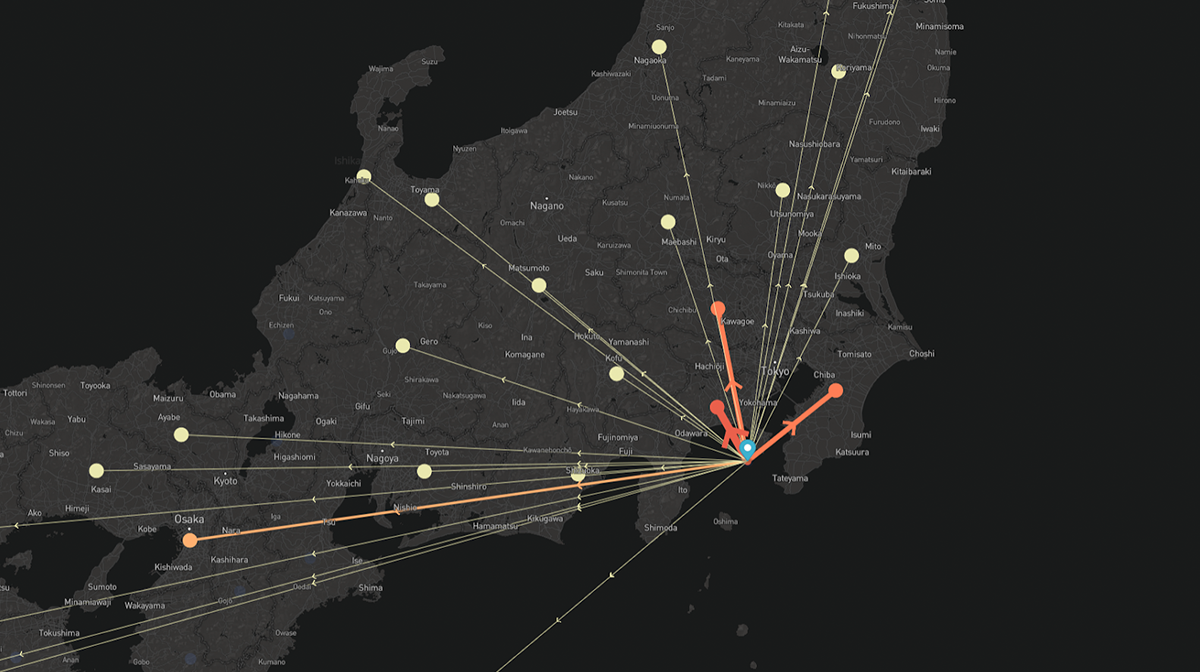 Starting on day 15 after the crisis, Displacement Maps generates daily updates of the population status to count the number of people displaced and returned within and across cities, aggregating to a country level when the city count is too low. Folks originally classified as displaced are considered “returned” once they’re observed for three days in a row less than two kilometers away from their home.

Facebook says that the improved Displacement Maps have been applied to Cyclone Fani in India and Bangladesh, where they’ve helped to show that areas like Bhubaneswar experienced a 15% displacement compared with cities near the Kolkata area, which experienced only 1% to 2% displacement. Applied to Typhoon Hagibis, which hit Japan in October 2019, Displacement Maps revealed large numbers of people leaving the Tokyo area.

By working with Facebook, we have a better sense of how many people have been displaced, where they have been displaced from, where they’ve been displaced to, and for how long,” wrote Justin Ginnetti, head of data and analysis at the International Displacement Monitoring Centre, in a statement. “This is especially important for accounting for displaced people who are not being counted in official estimates. [Through this work], we may be able to expand the scope of our monitoring and understand the different displacement dynamics for all kinds of events — not just the major disasters that everyone tracks.”

Displacements Maps are but one of Facebook’s disaster response products, a burgeoning category for the social network. Beyond Safety Check, a tool that’s activated after disasters to help alert friends and family of peoples’ statuses, Facebook researchers recently developed a method to determine from satellite imagery the level of damages an area has suffered following disasters like fires and floods. Community Help, which offers communities a place not only to ask for help but to render aid to those affected by disaster, launched in 2017 as an extension of Safety Check. And two years ago, Facebook began to test local alert labels that city governments and first responders can send on Facebook.

“[B]ecause we generate disaster maps for a wide variety of natural disasters — not just big ones — our displacement data can fill gaps where official statistics do not exist,” wrote Giraudy, Maas, Iyer, Dow, and Pompe. “We hope that our new displacement maps are a valuable resource for our partners in disaster response and that this work helps improve the delivery of services to populations in need around the world.”