Two years ago, optimistic analysts predicted that upwards of 10 million self-driving cars would hit the road by 2020. They weren’t the only ones anticipating ubiquity — in 2015 and 2016, respectively, pieces in The Guardian and Business Insider proclaimed that from 2020, people would become “permanent backseat driver[s]” and ride in fully autonomous cars “without needing any interaction from [drivers].”

Reality couldn’t be further from those fantasies. Despite assurances that as many as 8 million driverless cars will be added to the road in 2025 and 20 million autonomous cars in the U.S. alone by 2030, even sophisticated operations like that of Alphabet’s Waymo have yet to expand beyond selected metros and towns. The reasons are in part regulatory as well as technological, but expense continues to play a role. Conservative estimates peg the cost of outfitting autonomous cars at between $100,000 to 250,000 per vehicle.

Comma.ai didn’t have an official presence at the 2020 Consumer Electronics Show, but the company this week invited members of the press to literally test-drive the latest version of its system — and to show of the Comma Two, its new hardware product. VentureBeat was among those invited.

OpenPilot’s development had a bit of a rocky start, putting it mildly. The first version’s reveal in a Bloomberg article and accompanying prompted a cease and desist letter from the California Department of Motor Vehicles, which accused Comma.ai of testing a self-driving car in the state without a license. Subsequently, OpenPilot was packaged into a shippable device dubbed the Comma One, which again ran into legal trouble because noncompliance with U.S. Federal Motor Vehicle Safety Standards. Under pressure from th eNational Highway Transportation and Safety Administration, Comma One was cancelled, and Comma.ai open sourced OpenPilot on GitHub.

In the roughly three years since Comma.ai made OpenPilot available to the public, users have racked up more than 14 million autonomous miles collectively, half of which were driven autonomously  (That’s up from 10 million miles as of May 2019.) Moreover, they’ve forked the GitHub repository over 2,300 times, adding features like automatic lane change and support for older Tesla, Chrysler, and Jeep models.

Comma.ai previously sold the Eon Devkit, a self-contained windshield-mounted computer with 64GB of storage. It started at $599, and once OpenPilot was installed to it, it automatically recognized car models by analyzing CAN network traffic. (The presence certain CAN messages and their lengths is an indication of the model year, car brand, car model, and trim.) A small companion device — the Panda — plugged into cars’ OBD-II ports to track RPMs, MPG, cornering G-force, battery life, and more, providing access to the communication buses and enabling the Eon to interface with the car.

The Comma Two replaces the Eon, but it retains all of the Eon’s features. That said, it ditches the Panda for a single-cord solution, and it’s slightly pricier at $1,000 (though it’s available on a payment plan through Affirm), and Comma.ai’s offering a 30-day guarantee — customers who aren’t satisfied with their purchase can send it back for a full refund. 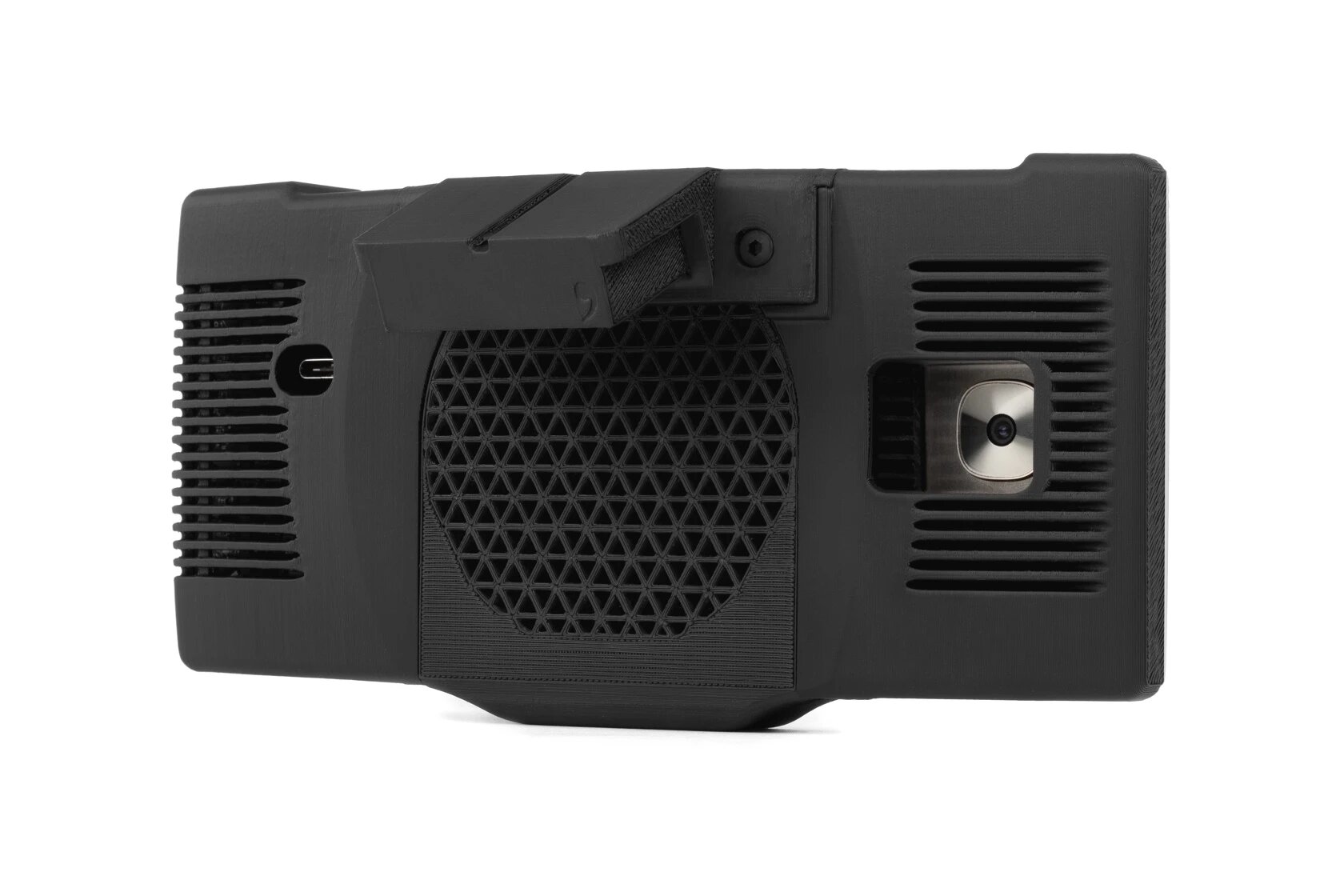 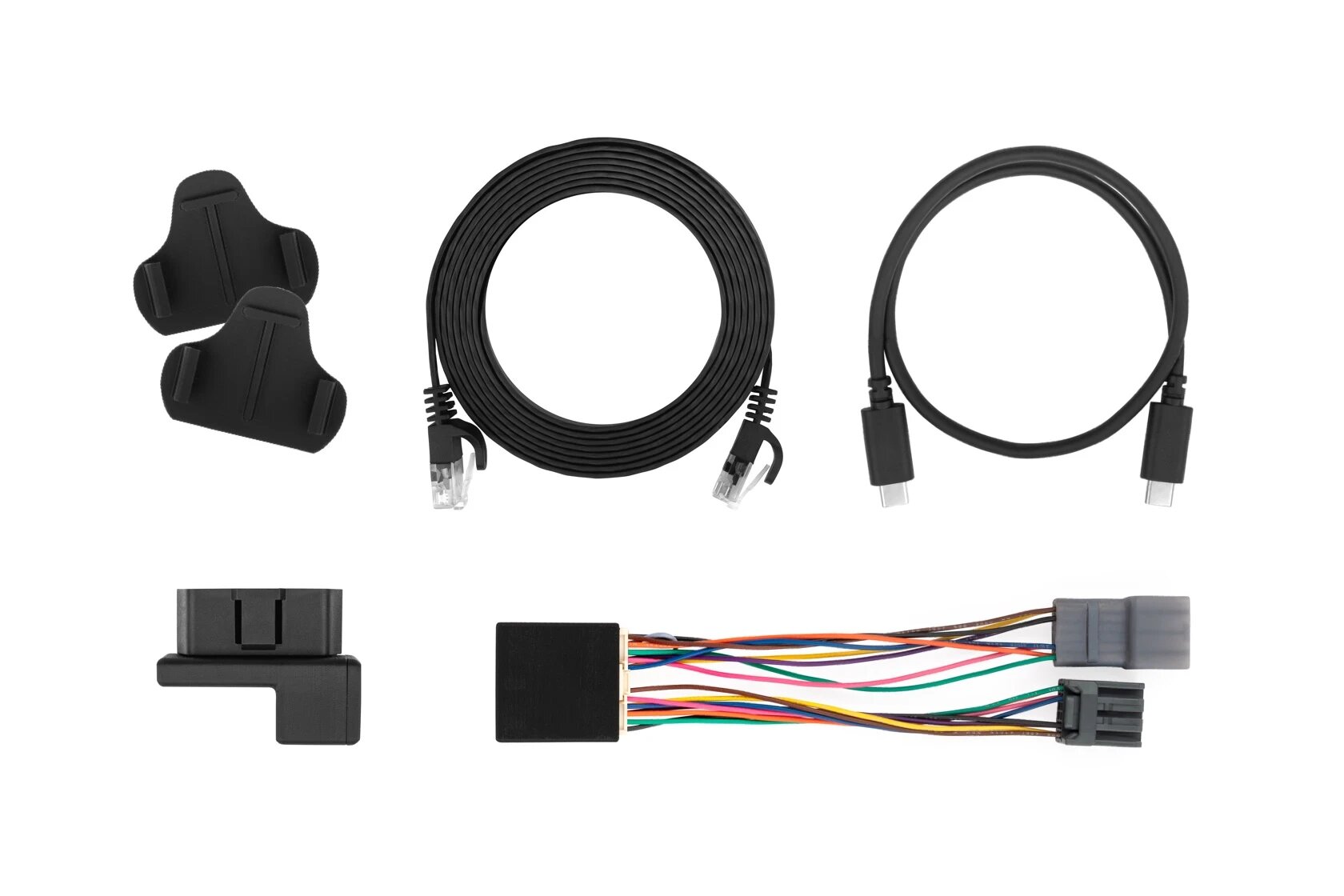 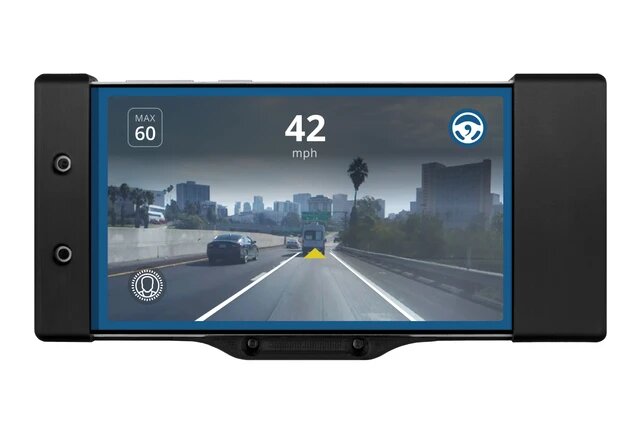 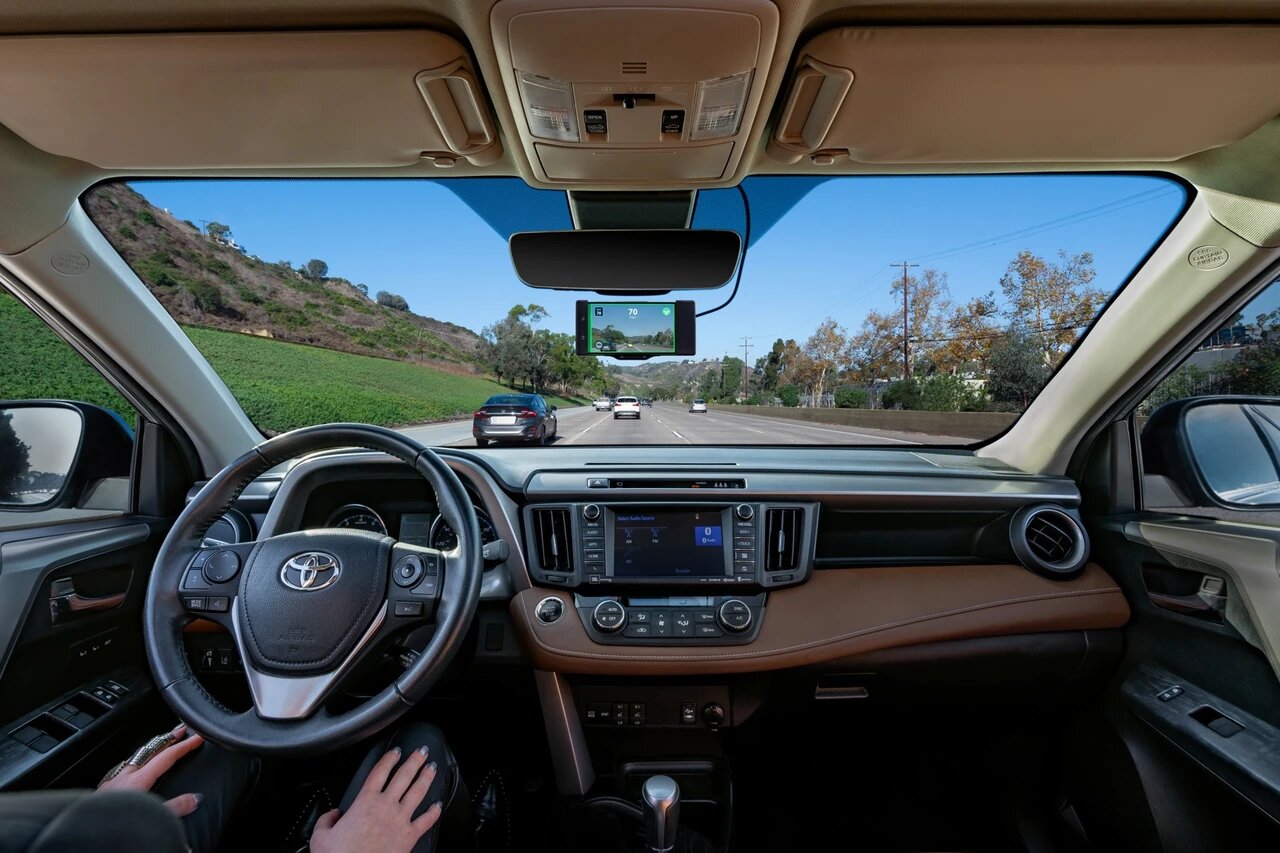 The Comma Two is powered via OBD-C as opposed to by battery (which Hotz says was a top complaint among current Eon owners), and it has a larger mount than the Eon as well as a custom cooling solution. Like Eon, which used a camera to recognize drivers’ faces and decelerate if it detected those drivers were distracted, the Comma Two is capable of facial recognition. And in point of fact, the Comma Two’s driver monitoring is improved in that it leverages two infrared sensors to detect faces even during nighttime.

Other highlights include front and back cameras, as well as a 4th CAN bus to connect the OBD-II port and a low-power mode that automatically shuts off the Comma Two after three days to save car battery. 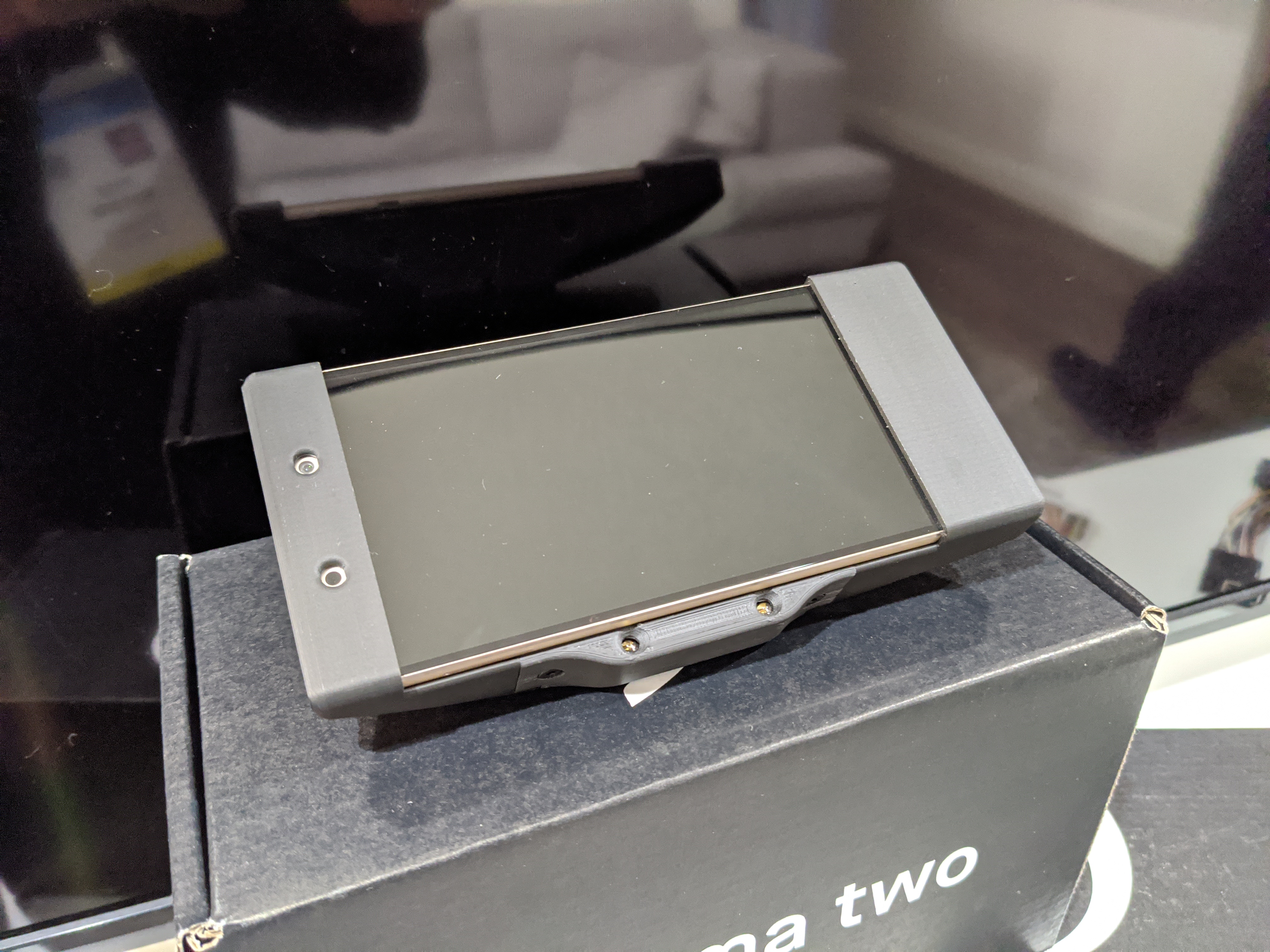 Eon was equipped with cellular service and a SIM card supplied by Comma.ai. Data was unlimited (though capped to 512Kbps), and users were afforded the choice of springing for Comma Prime, a $24 per month service that enables remote access to Eon from anywhere and online storage of 14 days’ worth of drive data compared with the standard three days. The Comma Two also taps cellular for connectivity and plays nicely with new and existing Comma Prime subscriptions, which now offers a year’s worth of storage.

By default, OpenPilot uploads driving data from the road-facing camera, CAN, GPS, inertial measurement unit, magnetometer, thermal sensors, crashes, and operating system to Comma.ai’s servers for machine learning training and development purposes. Many of these can be accessed locally through the Comma Connect app for iOS and Android or through Explorer, an online dashboard of recent drives from which disengagements (i.e., instances when a driver took control from OpenPilot) can be annotated to help improve the system.

Using the app, Comma Two owners can remotely wake up the unit and snap a picture from either the front- or rear-facing cameras. Additionally, from the app, they’re able to switch among multiple models on the fly and to view their real-time geographic locations. 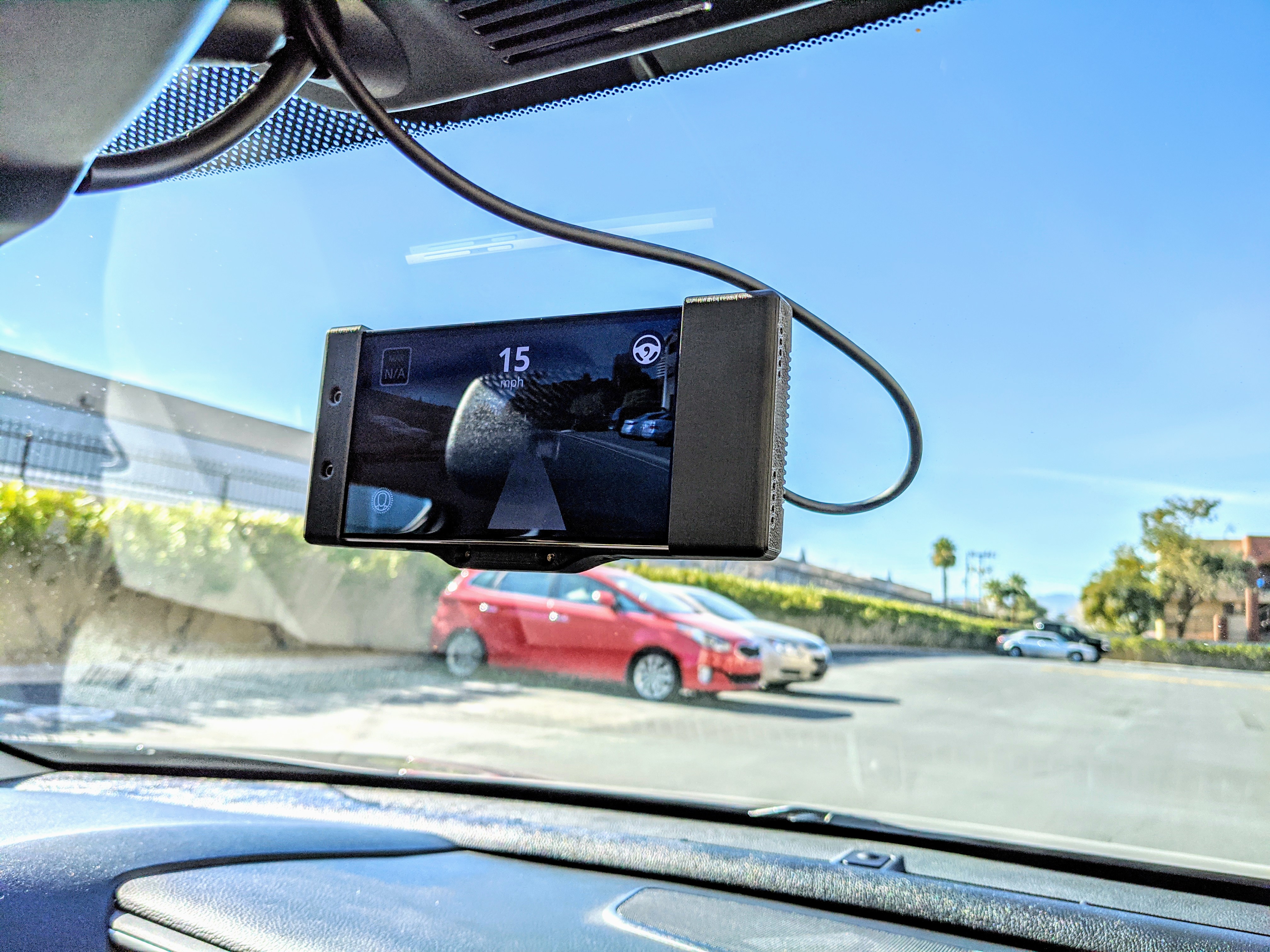 OpenPilot isn’t compatible with every car under the sun. Indeed, it currently only works with these models and model years:

And importantly, it’s not capable of fully hands-free driving on all road types and in all conditions. Currently, OpenPilot can handle lane centering even on roads without clear lane markings, thanks to machine learning algorithms trained with user data. It’s able to slow down and obey posted speed limits by scraping OpenStreetMap for road curvature and traffic data. It can maintain a safe follow distance and drive in stop-and-go traffic without supervision.

Hold the phone, though — it gets a bit complicated. On all supported cars, OpenPilot’s automated lane centering and lane keep assist replace the stock systems, but only on specific supported cars does OpenPilot’s adaptive cruise control and forward collision warning slot in for default. And on no model does OpenPilot take over features like auto high-beam, blind spot warning, and side collision warning.

So how’s the driving experience with the Comma Two? Smooth sailing sums it up. OpenPilot maintains its lane even when the road markings aren’t obvious — or aren’t visible. In a construction site with cones on either side, and on an unpaved road without dividing lines, OpenPilot deftly kept centered and maintained a comfortable following distance from the car in front of it.

OpenPilot can change lanes automatically, but it requires a nudge from drivers — they must first switch on a turn signal and nudge the steering wheel after they’re prompted by the Comma Two. It appears to work well in our brief experience, smoothly merging to the right or left while keeping pace with the car ahead.

Comma Two can’t anticipate every situation. Indeed, an SUV rear-ended a hatchback during our driving demo, forcing Hotz — who was behind the wheel — to tap the brake and disengage the system. Hotz asserts that the infrared sensors will greatly improve safety, as will the onboarding video customers are required to watch before they launch OpenPilot for the first time.