Confirming rumors, Airtable today announced it has raised $185 million in funding at a $2.585 billion valuation — more than double its previous $1.1 billion valuation. The news comes as the company’s growth accelerates, with a workforce of 300 employees and a customer base that includes Netflix, HBO, Condé Nast, Time, IBM, Robinhood, Equinox, and 200,000 other brands, up from 80,000 as of November 2018. Airtable says it has closed “multiple” seven-figure deals during the pandemic.

IDC estimates only 0.5% of the world’s population knows how to code. At the same time, industries are turning to specialized software to solve problems made acute by the pandemic. Airtable aims to meet this need with a platform that helps users with little to no coding experience develop their own workplace apps.

“Airtable enables anyone to build useful applications specific to their needs … A build-your-own-application approach enables more flexibility and customization than off-the-shelf tools or project management services can solve,” CEO Howie Liu told VentureBeat via email. “With today’s launch, we’re enabling our customers to go the final mile in further customizing their use cases.”

“Organize everything” is the aspirational motto adopted by cofounder and Stack Overflow developer Emmett Nicholas, former Google Maps manager Andrew Ofstad, and serial entrepreneur Liu before they revealed Airtable’s product to the world in 2015. The Excel-like extensible spreadsheet creator features a drag-and-drop interface and a software development kit (SDK) that supports the building and distribution of apps within the platform. 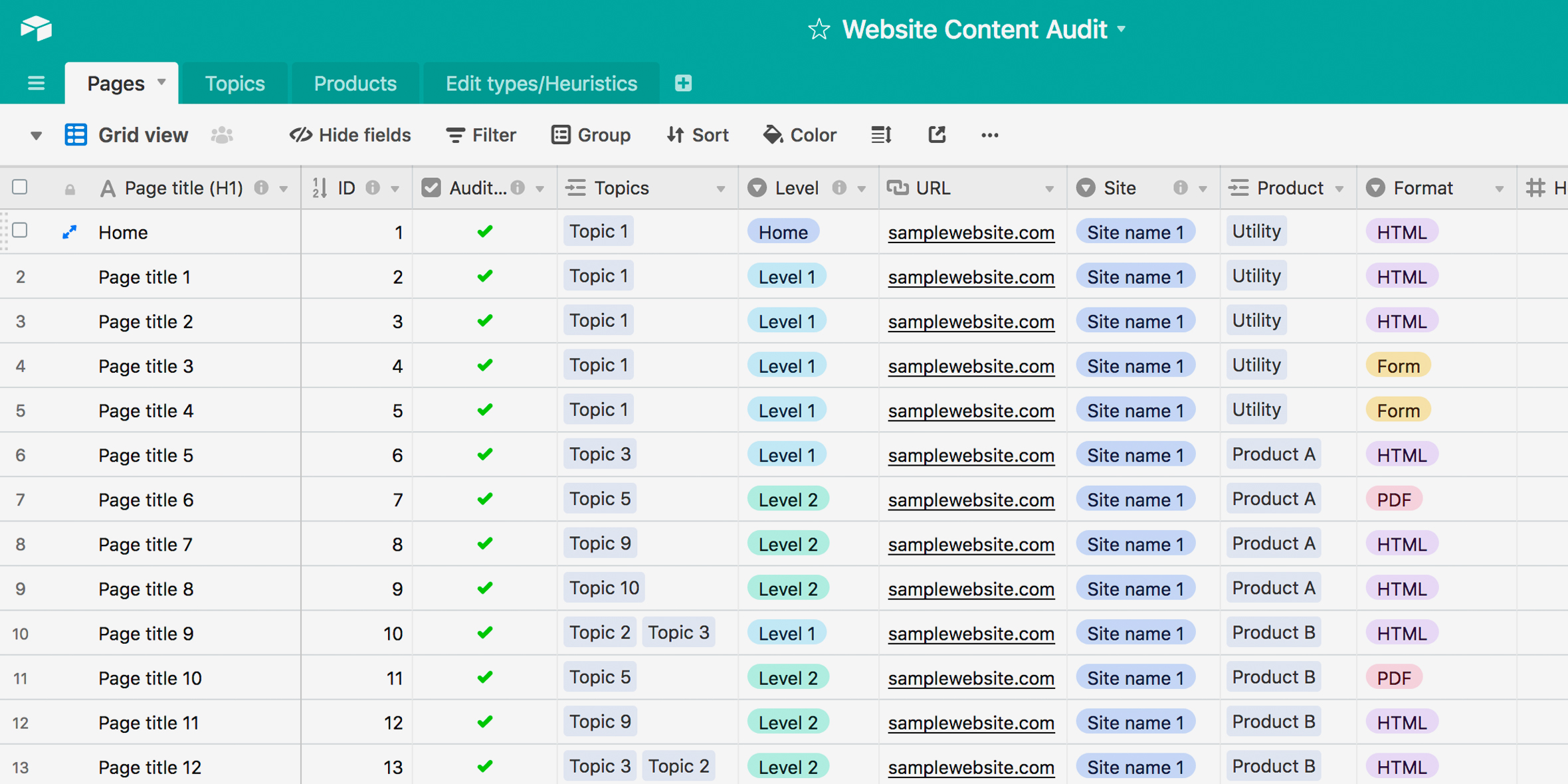 Airtable’s interface leans heavily on gestures — it’s how users add fields and columns in a sheet and increment or decrement rows. Values update instantly, and built-in sharing tools enable collaborators to work alongside each other in calendar, gallery, and kanban views.

To simplify onboarding, Airtable comes with “blocks” and a selection of templates grouped into themes, categories, and use cases. Blocks are a collection of roughly 30-40 “mini-apps” that extend Airtable’s functionality. A number of them are first-party, like the cloud vision block that uses computer vision to detect objects in pictures automatically. Others are third-party, like the block for Adobe XD.

Airtable says Frontline Foods, which supplies meals to frontline health workers, built a custom app that matches hospitals and other facilities with nearby local restaurants. The app maps in real time where food is most needed, ostensibly helping reduce drive time, save money, and deliver fresher food to those supporting their communities.

A veritable who’s who of services and apps — over 1,000 in all — work with Airtable, including Asana, Dropbox, Box, Facebook, GitHub, LinkedIn, Slack, Stripe, and SoundCloud. Workflow automation services Zapier and IFTTT act as the connective glue, for example allowing a Slack message, SMS, or email to trigger an Airtable database entry. 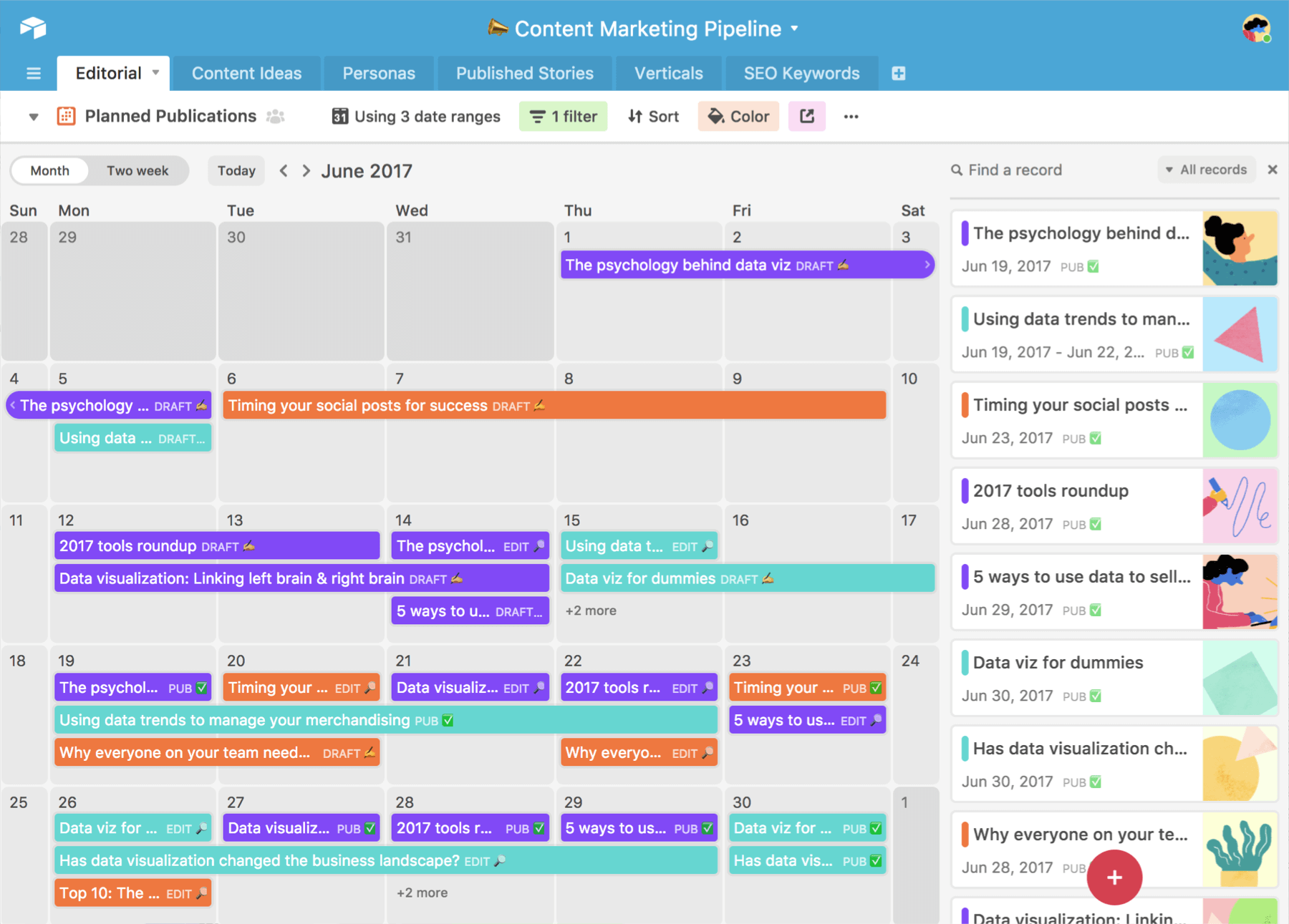 New to the Airtable platform are apps, the spiritual successor to blocks. From a storefront called Marketplace, users can install JavaScript-based apps built by the community or create their own functionality inside of Airtable. Automations are also launching this week and enable users to automate repetitive processes by setting up triggers for email, message alerts, reports, and task creation. (Automations work with G Suite, Microsoft Teams, Facebook, Twitter, Slack, Jira, and more.) Lastly, a new Sync feature lets users share some (or all) of the customized views and data fields they keep in Airtable with other teams and organizations.

“In Airtable’s new Marketplace, where developers and others in our community can share apps they’ve built, we expect AI- and machine learning-enabled tools to be popular with our customers,” Liu said. “At launch, for example, you can install a custom app that leverages Google’s Cloud Vision API to give businesses … the power of AI and machine learning directly within their Airtable base. Customers can use the app to quickly classify images into thousands of categories, detect individual faces or objects within images, and build metadata on their image catalogs to do everything from moderating offensive content to enabling new marketing scenarios through image sentiment analysis.”

Gartner predicts there will be 4 times as many “citizen developers” as professional developers within the next three years and that they will help to create nearly half a billion business apps and services, boosting the low-code market to $52 billion. Airtable has competition from Zoho, Smartsheet, and startups like TablePlus and Retool — not to mention Google, Microsoft, and Amazon. But the San Francisco-based startup is doubling down with new offices in Mountain View, California and Austin, Texas and 162 new employees, bringing its workforce to 280 people.

Thrive led the series D round, with participation from existing investors Benchmark, Coatue, Caffeinated Capital, and CRV and new backer D1 Capital. The round brings Airtable’s total raised to date to over $350 million.