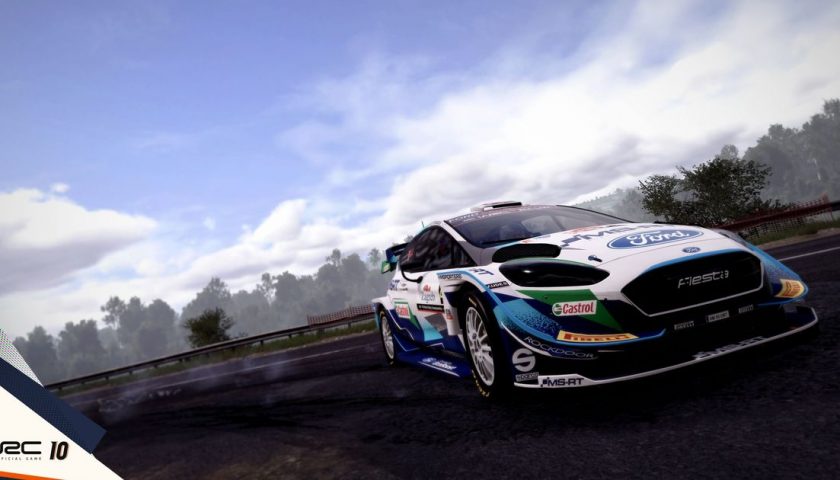 WRC 10 is a racing simulation game with incredible detail and an eye on authenticity.

While it doesn’t massively differ from previous incarnations, you are getting a full-on test here of realistic driving skills in some of the toughest race environments on the planet.

There are new additions, for example you can now take part in historical rallies and race in classic cars in Anniversary Mode, to celebrate the 50th season of the real-life Championship next year, plus this title introduces new, fan-requested features such as the Livery Editor.

This means you can tweak how your car looks when the tyres hit the dust.

And the slew of tweaks and options on offer in career mode are mind-blowing.

You not only get to change even the tiniest of elements to your car and it’s internal components, like turbos, wheel tread and brakes, but you’re also in charge of building a team of experts in the garage that are not only excellent at their jobs but work well together and pull for each other.

Think of it like a football player management sim as much as a car game and you’re in the right ballpark.

That detail is impressive, but it’s the actual driving game within WRC that lets this title down somewhat.

The graphics are good but not great, within seconds of loading up the backgrounds were showing textures and scenery popping in and out of the screen which really isn’t acceptable on a state-of-the-art Xbox Series X.

And the visuals felt a little flat, less immersive than older titles in the excellent Forza series for example.

Also, this game is hard.

The controls are very difficult to conquer and while that’s obviously a part of the authenticity of the game, it’ll leave even hardened gamers struggling in frustration as the motor kicks back at you in unexpected ways just as you think you’ve got a handle on things.

There’s no rewind in this game either, unlike many other racing titles nowadays, which means there’s no leeway at all when you do come off track.

This adds to the frustration when you have a decent lap only to spill off at the end because of an unexpected joypad bump.

There’s a lot going for WRC10.

That’ll appeal to fans of the genre who want to go deep into the endless tweaks and changes available.

But it isn’t the best driving game out there and ultimately, that’s what holds this back from being a classic racer.