World of Warcraft is a vast universe teeming with lore. So many events have transpired that it would be impossible to cover them all in one article. Fortunately, to understand WoW’s latest expansion, Shadowlands, we can primarily narrow the scope down to Sylvanas Windrunner’s storyline.

But first, a brief understanding of the Shadowlands. These are WoW’s version of the afterlife, broken up into limitless covenants. Souls are sorted by the Arbiter upon death, depending on how they lived their lives. Bastion, Maldraxxus, Ardenweald, and Revendreth are the four introduced to us in this expansion.

There’s also the Maw, essentially WoW’s version of Hell, where irredeemable souls are sent to suffer eternal torment. This void is ruled over by a devilish character known as the Jailor.

Somewhere along the line, the sorting process has become broken and all souls are going straight to the Maw regardless of their life choices. With that foundation laid out, let’s recap on Sylvanas’ background.

Originally introduced in the series’ second RTS title, Sylvanas was a high-elf and commander of the elven rangers, fighting against the Horde in the second war. She was reputed as a fearless and intelligent general. During this time, she recruits Nathanos into her forces, sparking great controversy as he was the only human to ever serve in an elven army. It’s important to note that Sylvanas once referenced her troops as “arrows in my quiver.” A metaphor she returns to multiple times throughout the years.

Fifteen years later, Sylvanas still defends her homeland during the third war. She staves off Arthas, who’s corrupted by the Lich King before Arthas ultimately kills her. Arthas separates her soul from the body, resurrecting Sylvanas as a Banshee under the Lich King’s control. He preserves her self-awareness, forcing her to watch her people’s destruction. 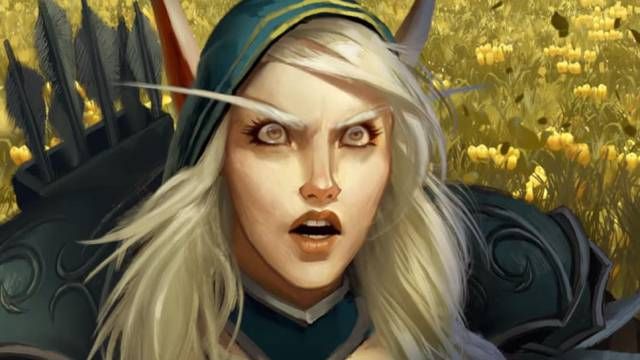 Under the Lich King’s control, Sylvanas becomes one of his main lieutenants. The Alliance ultimately defeats Archimonde- second in command of the Burning Legion behind Sargeras- at the end of the third war. This is when the Lich King’s hold over Sylvanas begins to deteriorate, a fact she keeps to herself.

At some point during these events, Sylvanas manages to repossess her body, becoming a corporeal undead, rather than simply a Banshee, explaining her current appearance. At this point, she becomes obsessed with vengeance, Arthas’ demise becoming her driving force.

After accepting there was no returning to her previous life, she forms the Forsaken, an undead army. She founds The Undercity below the ruins of Lordaeron, which comes to be known as the Plaguelands. She then allies with the Horde for the first time.

It should also be noted that during the events of Warcraft 3, Arthas kills his former mentor, Uther Lightbringer. We now know Uther was sorted into the Bastion covenant upon his death.

During WoW’s base game, Sylvanas remains on the sidelines, plotting revenge and freeing undead from Arthas’ control, most notably, Nathanos. Sylvanas returns to the main plot in Wrath of the Lich King, where she goes head to head with Arthas, now the Lich King. Defeated again, she narrowly escapes.

Soon after, Arthas is killed all the same and sent to the Shadowlands where Uther intercepts him, denying Arthas the sorting process and sending him straight to the Maw. 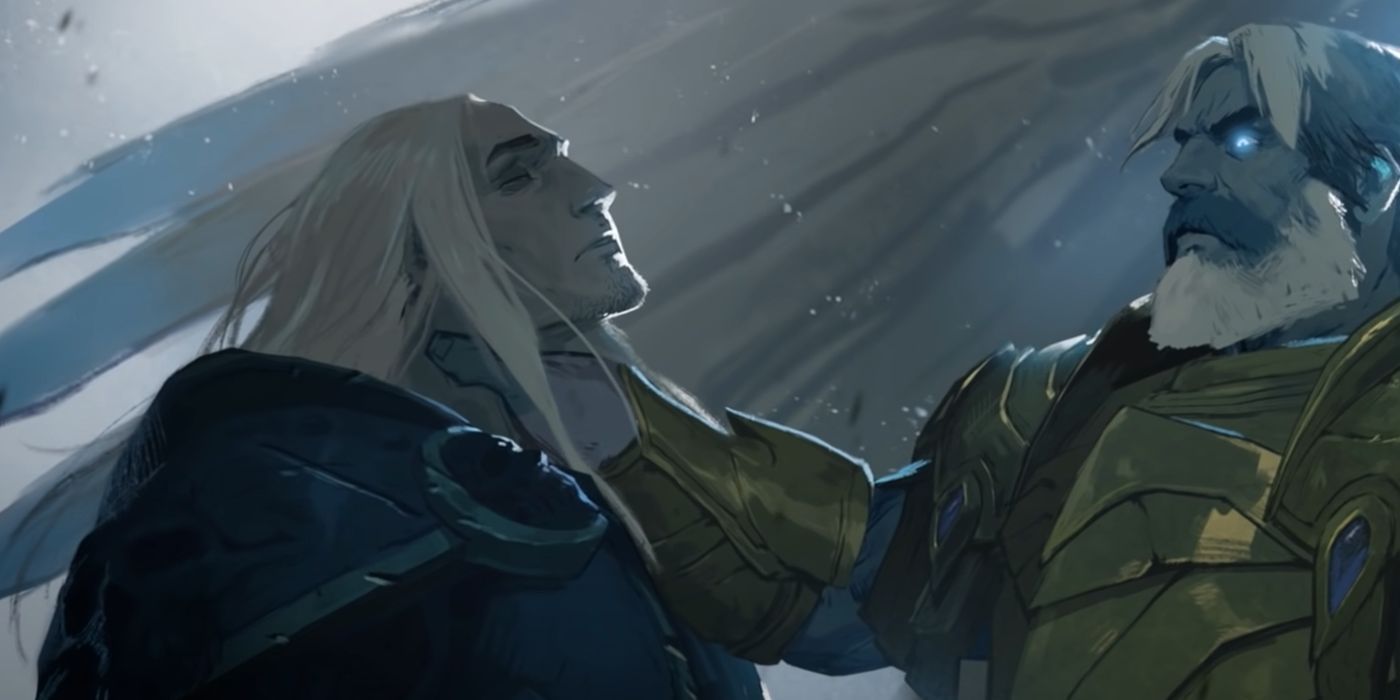 With Arthas dead, Sylvanas sees no point in continuing and commits suicide, only to find herself trapped in “endless torment,” which we can now assume was the Maw. We have come to believe Sylvanas first meets and strikes a deal with the Jailor here, granting them both increased power for every soul the Maw receives.

During this period, Sylvanas has a vision of her Forsaken being slain while the Horde faces defeat under the new general, Garrosh. While in this tormented limbo, she also meets a group of nine Val’kyr with whom she forms a second pact. Bind the Val’kyr to her for a second (technically third) chance at life.

Throughout Cataclysm, Sylvanas’ story retakes a backseat, bolstering Forsaken ranks by using Val’kyr to resurrect the dead and starting a feud with Genn Greymane.

Sylvanas returns in Legion when Vol’jin- the Horde war chief after Garrosh- falls in battle. With his dying breath, he’s compelled to name Sylvanas his successor due to an unknown voice. We later find out this voice was Mueh’zala, a servant of the Jailor.

Legion also sees Sylvanas make yet another pact. This time with Helya, a fallen Val’kyr and queen of Helheim. The terms are unclear, but Sylvanas receives a lamp from Helya, which she then uses to attempt dominating Eyir, a titan watcher with the ability to raise more Val’kyr. Creating more Val’kyr is likely Sylvanas’ motive for the whole scheme, but we don’t know for sure. Either way, Genn prevents her from seeing this plan to fruition.

Sometime during Legion, the Arbiter’s sorting process is broken, beginning the filtration of all souls directly to the Maw rather than being judged and sent to various covenants. This grants Sylvanas and the Jailor a mega power boost. Legion ends with Sargeras driving a giant sword into Azeroth.

Sargeras’ final blow to Azeroth exposed a new material dubbed Azerite. Both Alliance and Horde begin fighting over this new weaponized material. Sylvanas capitalizes on the situation, wanting to cause as many casualties as possible to send souls to the Maw. She incites the fourth war by burning down Teldrasill and committing mass genocide, which becomes Night Warrior, Tyrande’s driving force of vengeance.

At the end of BFA, Saurfang challenges Sylvanas one on one. Though he loses the duel, he exposes Sylvanas’ “arrow in my quiver” mindset towards the Horde, dislodging Sylvanas as war chief, and ending the fourth war with tentative peace.

Sylvanas goes to Icecrown to challenge Bolvar Fordragon, the Lich King who took up the throne after Arthas. She wins, destroying the Helm of Domination, which tears the veil between Azeroth and the Shadowlands, granting the Jailor direct access to Azeroth. 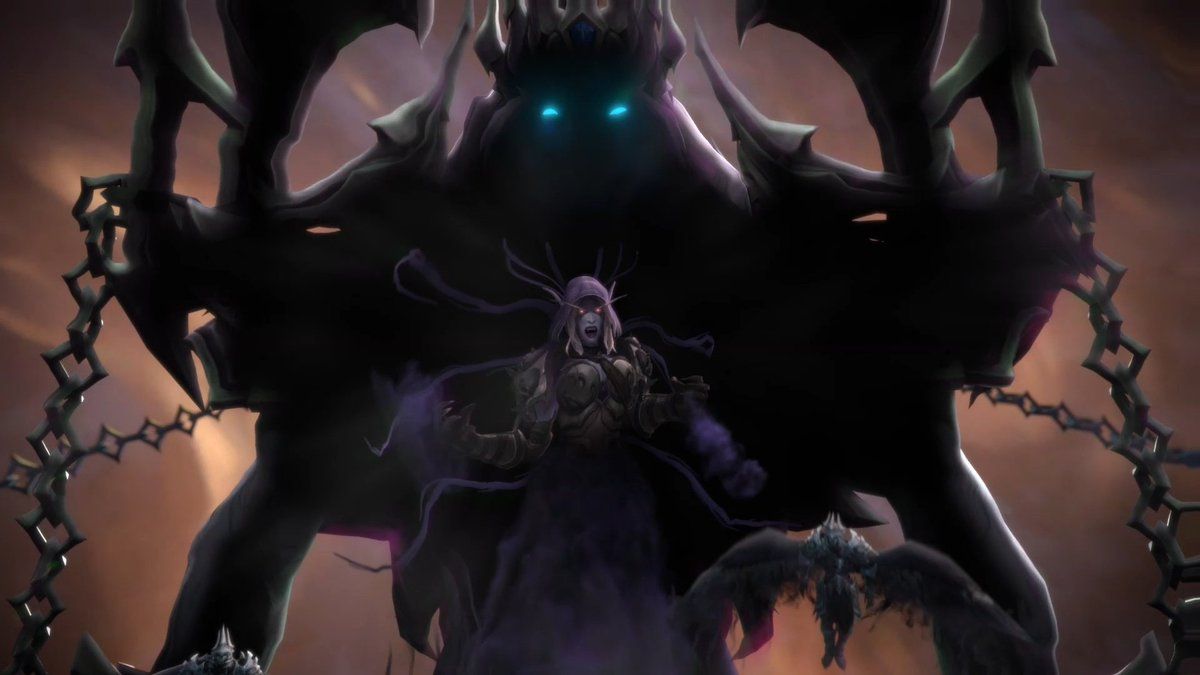 It’s worth noting that while Sylvanas was battling Bolvar, she had sent her trusted Nathanos to dispatch Bwonsamdi, who’s stopping souls that worshipped him from entering the Maw. Nathanos fails this mission and is cooly dismissed by his long-time lady.

In this event, we encounter the Scourge running rampant due to Bolvar being decrowned as Lich King. We’re to quell the Scourge and also re-encounter Nathanos, who’s slain by Tyrande in her quest for vengeance.

Sylvanas’ actions have caused a domino effect, upsetting the Shadowlands’ balance, which the covenants upheld before the sorting process was dislodged. We, the heroes, venture into the Shadowlands and explore the four new regions: Bastion, Ardenweald, Maldraxxus, and Revendreth, before swearing allegiance to one of these afterlife covenants. 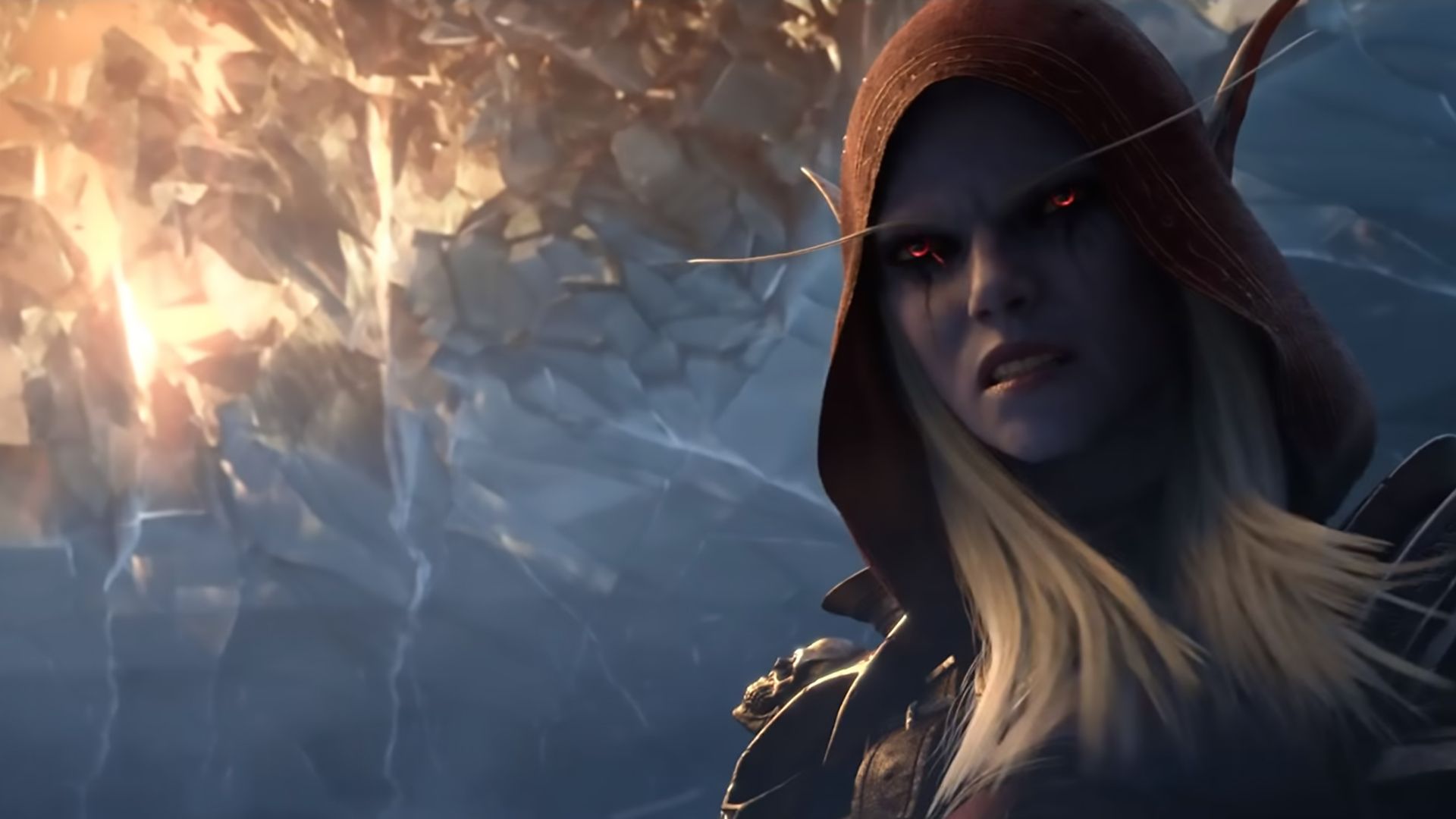 This is hardly scratching the surface of WoW’s extensive history. It’s also not certain what Sylvanas’ motives are for tearing the veil between mortal life and the Shadowlands or what her grand scheme is exactly. However, understanding Sylvanas’ past allows us to hypothesize more informatively on possible plot development in this most recent expansion.