When I first heard about Minecraft, it was how its creator, Markus “Notch” Persson, had made an outlandish amount of money through PayPal. In 2010, a few months after putting the unfinished version of his game up for sale, the Swedish developer had raked in more than €600,000. The cash came in so quickly that the payment processor eventually froze his account to prevent fraud. Almost exactly four years later, that massive take would pale in comparison to what Microsoft paid for Notch’s company — an astounding $2.5 billion.

Counting Minecraft among the most influential games of the 2010s is a no-brainer. According to its developer, Mojang, Minecraft recently became the bestselling video game of all time, beating out Tetris by moving over 176 million units. Unlike Tetris, it hit that number in a single decade. 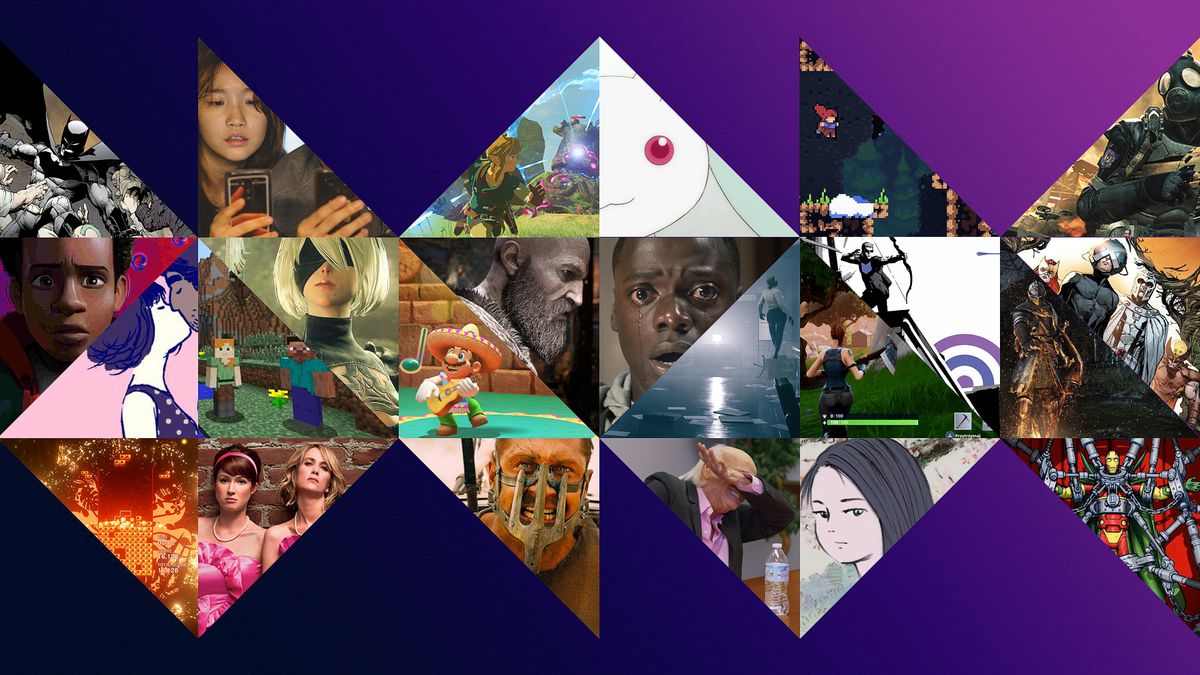 As the 2010s draw to a close, we’re taking stock of the best pop culture of the decade. And we’re reevaluating the all the ways in which the face of entertainment changed from 2010 through 2019. Join us!

The 100 best games of the decade

The best movies of the decade, according to us

The best comics of the decade

Minecraft has achieved this success because it’s more than a game; it’s a platform, a pocket dimension inside your computer or game console or smartphone or prototype augmented reality headset. It can become anything you need it to be.

Press a button, and Minecraft generates a world eight times larger than the surface of the Earth. You can walk across it for years, or you can dig beneath the surface and use the treasures you find to build a fortress atop a mountain. Take a little time and you can make castles and cities, or just settle down in the country with a herd of pigs. Minecraft is somewhere you can be alone, when you need to be — your own giant world.

Community has been the single largest factor in Minecraft’s growth over the last decade, and it happened even as the game launched. The sheer gravitational power of its blocky little worlds forced people onto YouTube in order to properly explain what the hell the game even is. As Minecraft grew, so too did this new personality-driven aspect of gaming. Now there’s an entire industry of people who essentially perform games like Minecraft on demand.

But it’s also the perfect place to build a community. The game has grown a thin veneer of narrative over the years, but the story has been an afterthought. The most memorable moments are the anecdotes players share in playgrounds, offices, and on countless livestreams.

Without Minecraft, Twitch might have never gotten off the ground. Without these blocky digital worlds, it’s safe to say that there might not be a “PewDiePie” or a “Ninja,” or the dozens of people around the world nipping at their heels.

Without Minecraft, games themselves would be very different today. Minecraft set off a kind of arms race. Suddenly the market for video games was much, much larger than many in the mainstream thought it was or ever could be. There was a yearslong scramble to create the next big thing, and the next big thing had to be just as popular on YouTube and Twitch as Minecraft.

It took a while for game developers to figure out what that meant.

For a time it seemed like every new project was open-world, every new game had to include mechanics for construction, and everything had to have elements of resource gathering and survival. Suddenly, everything new and exciting was being launched directly into early access. Games didn’t need to be finished anymore; developers were committing themselves to building things entirely in the open, rather than hiding them for years behind layers of secrecy. For a time — and almost by necessity — Kickstarter became the funding platform of choice for every independent game developer. How else were individuals and small teams supposed to take money from consumers hunting for the next breakout hit?

Most games that tried to be the next Minecraft failed in the attempt. The biggest exception was Fortnite. But, seven years into development, Epic Games’ attempt to fuse Minecraft-style building mechanics with a third-person shooter had veered wildly off course. When the game initially launched — on retail store shelves, while also still in early access — all it managed to do was hurt people’s hands.

Yet, just like Mojang with Minecraft, Epic managed to build a game that was actually a platform. Of course, the company also created the powerful game engine called Unreal, which is itself a platform. But Fortnite was unique, something pliable and stable, whose core mechanics Epic could style and adapt into something else. The gamble paid off, and now Fortnite’s battle royale mode stands as the next contender, the thing most likely to knock Minecraft off its throne as the biggest game of all time.

All the while, people have kept on playing Minecraft. It’s become a comfortable space, especially for YouTubers and streamers who find themselves in a rut. In a very real way, even after a decade of development, Persson’s most significant achievement isn’t the number of units Minecraft has sold or the quality of the games that have been inspired by it. His biggest success is in creating a legacy — something that will continue go on long after his departure.

Minecraft’s legacy is its ability to create and support communities, both inside the game world and out. A decade from now, despite whatever toxic tirade its billionaire creator latches onto next, Minecraft will still be bringing people together.

Ultimately, video games aren’t a monolith. This hobby, this art form, and this industry are bigger than just one game; they’re bigger than any console; and they certainly aren’t limited to just one genre. And neither is Minecraft, a game that is now more influential and more vital than its creator could ever hope to be.

The most influential video games aren’t always the most popular, and rankings never tell the whole story. To mark the end of the decade, our editorial team published a list of the top 100 games. We’ve also created this supplemental series, in which individual Polygon writers get to talk about the most important games from that same period, and exactly how they changed the course of the industry.