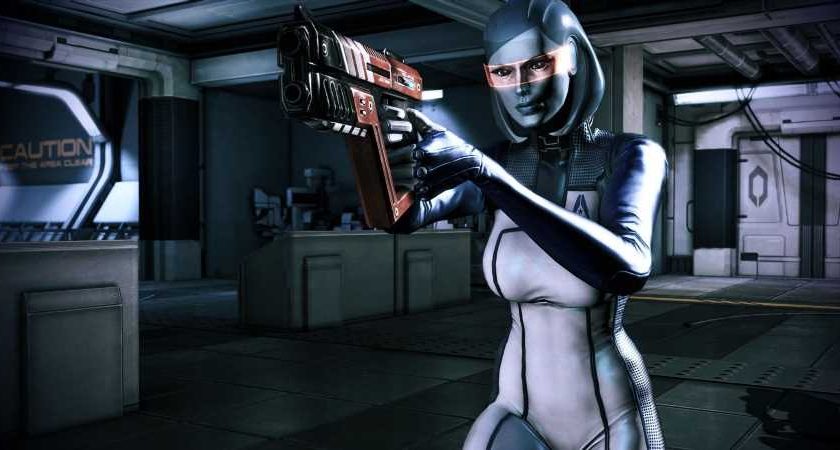 It has come to my attention that some people think having EDI as a squadmate in Mass Effect 3 is rather stupid. Working in video games, you get used to hearing bad opinions – someone here wants High School Musical in the next Kingdom Hearts game, even though the obvious choice is cult TV detective drama Fillmore. Thinking EDI is a daft squadmate isn’t just a bad opinion though, it’s one I completely struggle to get on board with. While EDI isn’t my favourite squadmate, I think she’s up there with Javik and Legion as easily the most interesting. Yet it doesn’t really surprise me that people don’t like her, because you take one look at her combat costumes and yep, I see why everyone thinks this is a bit silly.

EDI takes the body of Dr Eva Core, a Cerberus Android who had successfully been posing as an actual human, so that explains her gendered shape. As for the rest, I’m not so sure. Eva’s ‘skin’ is burnt off, leaving just the metallic body underneath, and I don’t really have an issue with that design. It seems like EDI is fair game for people to objectify – the counter argument being that she is an object – but at least in her default metallic state, EDI herself is not leaning into this.

I’m not sure why the metallic surfaces change colour to best accentuate her curves when Dr Core was covered in ‘skin’, but I can get over it. Being attractive was clearly part of Eva Core’s design philosophy, as a way to manipulate people around her. EDI’s next outfit is the white latex catsuit that Eva Core herself wore, which still exists as an option despite skin being a no-go. This one again makes sense from a purely narrative point of view, but I’m not sure I’ll ever hear a satisfactory explanation for why it bunches up so much in the crotch, leaving EDI with a robot cameltoe.

She also has an all-over black catsuit, where the bunching is at least less noticeable than it is with the white one. Finally, there’s skin tight armour – not a catsuit, this one is bulky around the knees, elbows and thighs – with a Power Girl-style boob window. I wasn’t interested in any justification when it happened to Power Girl, and I’m not interested now. EDI is an engaging, philosophical, layered character, and she’s reduced down to her body by every outfit option.

The worst part of all this is that it stops people from getting to know EDI properly. It makes her an uncomfortable character – she’s the living embodiment of those Miranda buttshots, and no amount of fiddling with the camera can redeem her. While not as extreme, it makes her like Quiet from Metal Gear Solid – I don’t care how interesting you find the lore, if you tell me she’s your favourite character I’m going to assume it’s because you’re horny for the naked woman who breathes through her skin. What’s that, you main Kasumi in Dead or Alive? Definitely just because she has the best moveset, isn’t it? 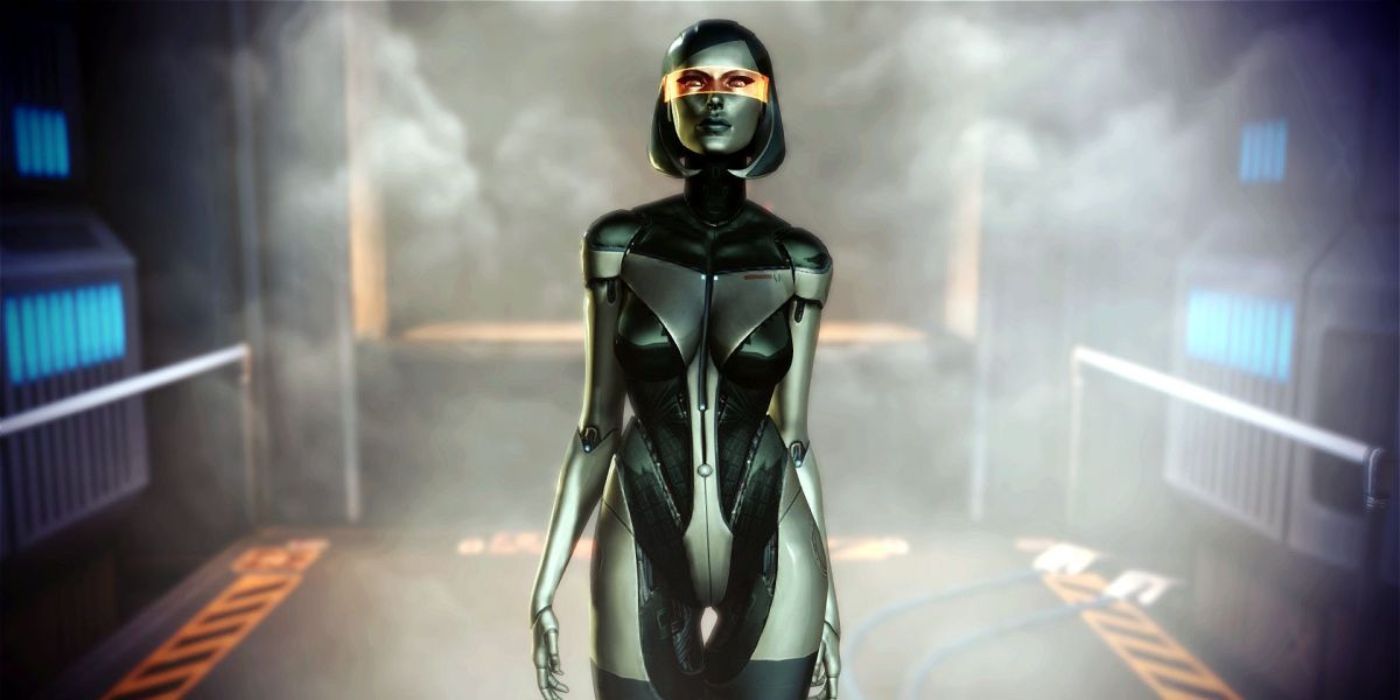 But EDI is a brilliant character. While the execution – at least aesthetically – leaves a lot to be desired, moving the ship’s AI into a physical being to fight alongside you is the best way to continue Mass Effect 2’s spirit of team building. There’s far more story to Mass Effect 3 than ME2’s ‘Recruitment mission, loyalty mission, fly’ narrative loop, and EDI is the best way to link that. Garrus and Tali are OGs, and all the other lost souls ready to commit to a suicide mission have moved on to another purpose. Catching up with Jack and Grunt is an excellent way to show their evolution in side missions, but it’s EDI who keeps things connected.

She always had a clear personality, at first having a spiky relationship with Joker then slowly getting to know him and the crew. While her romance with Joker is weighed down by overt sexualisation of her – something she never encourages outside of those costumes – there’s also an innocence to it. The pair feel like a good fit; Joker is a sarcastic workaholic and EDI, with her dry sense of humour and sharing his drive, perfectly complements him. 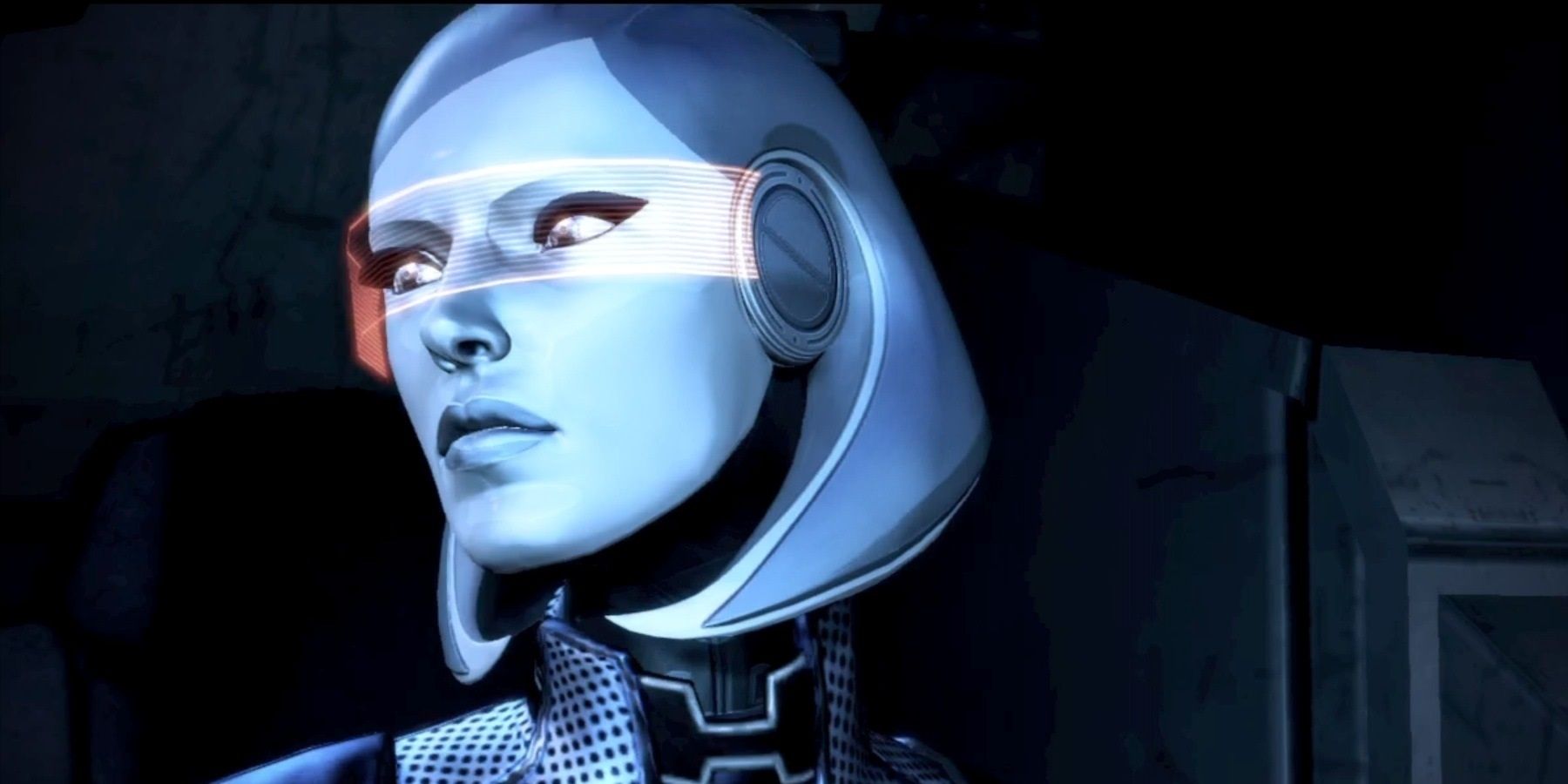 She also provides a clear and analytical head in combat; most people you meet in Mass Effect 3 join your cause for specific, personal reasons. We’re all fighting the Reapers, but everyone needs just one more favour first. While EDI has a personality of her own, and with that comes her own wants and desires, she’s far less heated over the minutiae of the mission in the way Wrex is.

EDI is a huge asset to Mass Effect 3’s team dynamic, but her outfits lean into the ‘sexbot’ joke far too much for most people to give her a chance. It’s a shame, because people giving her the brush off miss out on some of the best combat quips and character conversations. Still, when I see that robot cameltoe, I can’t say I blame them.