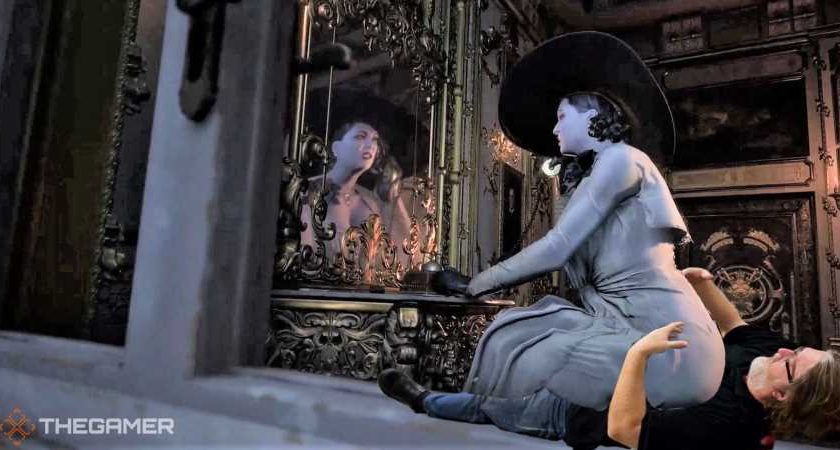 So, yeah, hate to be a buzzkill guys, but if you ever really let someone the size of Lady Dimitrescu stand on your chest, you’d be totally dead within like 5 minutes.

How do I know? Well, Capcom has been awfully forthcoming with info on Lady Dimitrescu ever since her reveal turned every Resident Evil fanboy into a frothing ball of vampire lust. We got a tour of Lady Dimitrescu’s digs, then found out that her style was mostly stolen from Morticia Addams, and then finally we got some hard numbers.

Lest they incur her wrath, Capcom wisely refrained from dishing on Dimitrescu’s weight, but we can make an approximation just from her height. If an average woman is 5’4″ (roughly 1.61 m) and 170 lbs, and we know that Lady Dimitrescu is 9’6” (2.9 m), then we can work out her mass based on her increased volume over that of the average woman. Mass is a function of volume, and volume increases geometrically with height by a factor of four.

So a woman that’s roughly twice as tall is actually four times as massive, which puts Lady Dimitrescu around 600 lbs. 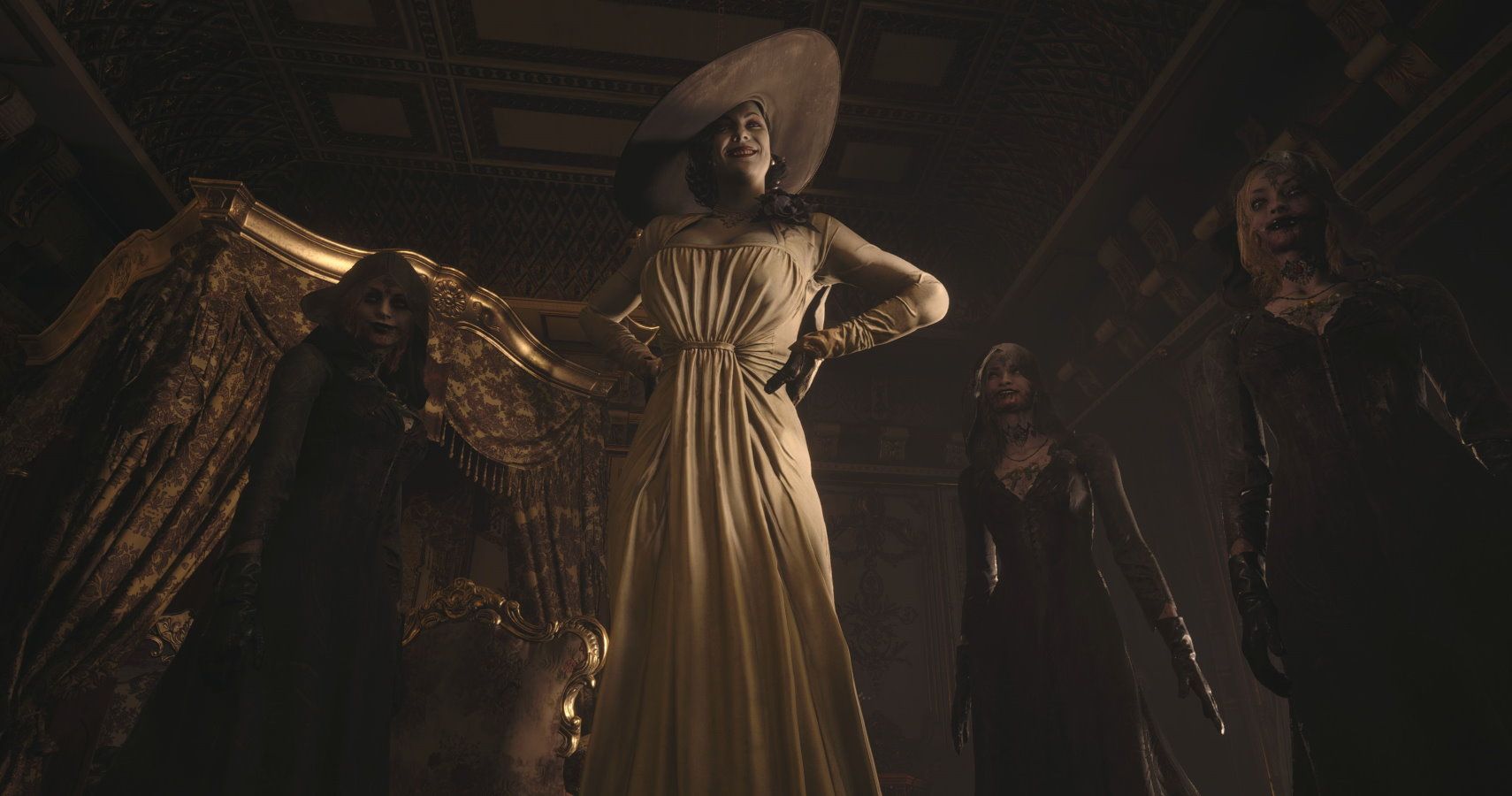 From even a cursory Google search for “weight to crush human chest,” we find that 600 lbs aren’t necessarily enough to immediately shatter a human ribcage, but it’s certainly enough to asphyxiate you after a few minutes. And that’s only assuming that she’s standing on you barefoot with those 17-inch feet. If she’s wearing those stiletto heels, 600 lbs on a quarter square inch is more than enough pressure to go straight through your torso and puncture a lung.

Either way, you’ll be dead by asphyxia. Which judging by some of the comments out there, that might just be the goal.

Next: Capcom’s RE Engine Doesn’t Stand For “Resident Evil”, It’s “Reach For The Moon Engine”