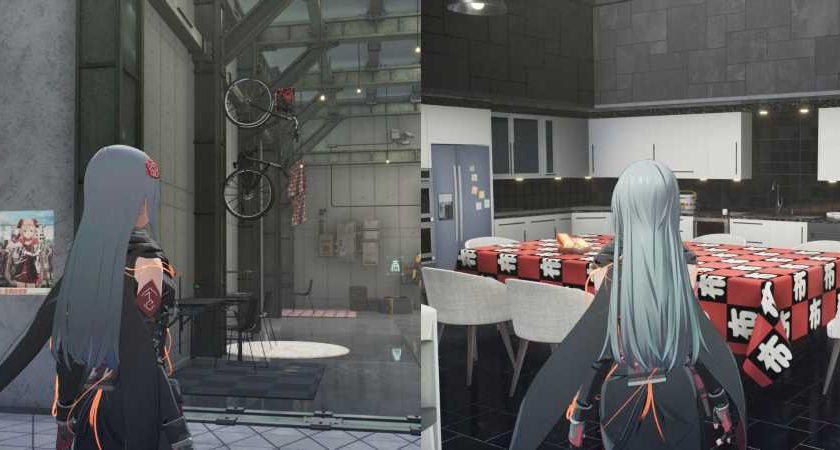 Scarlet Nexus is a visually distinct game. Sadly, it comes saddled with a few compromises associated with level and character design that prevent it from being a true benchmark for anime-infused JRPGs It comes close, especially when exploring its apocalyptic ruins and cyberpunk cities awash with a startling sense of dystopian oppression. It’s a treat to take in, although there’s one aspect of Bandai Namco’s latest title that left me in utter befuddlement.

Whether you’re playing as Yuito Sumeragi or Kasane Randall throughout the main campaign, you will be free to relax in a fancy modern apartment in between major story missions. It’s a place for you and your fellow Other Suppression Force members to chill out from the stress of fighting aliens and dealing with a growing global conspiracy. It’s a fierce tonal whiplash, and an example of Scarlet Nexus trying to ape the social mechanics seen in the likes of Persona and Fire Emblem, amongst others.

It’s an admirable imitator, but that isn’t what I’m here today to talk about today. My true fixation lies in the interior design of the place, which is some sort of nightmarish art exhibit with little rhyme or reason to anything. When you first step foot inside the apartment, it is little more than a series of grey rooms housing a generic kitchen, a table, and a duo of uncomfortable looking sofas. To be fair to our heroes, they’ve just discovered the flat and are yet to give it a personal touch. It looks a little weird, but I can vibe with it, knowing the space will change as I advance through the story. When I next find myself here with friends, it is clear a few things have changed. A dining table is now in the kitchen, decorated with a garish red and black cloth which looks woefully out of the place amidst the otherwise monochrome decor. It’s a bit of a nuisance, but I ignore it and decide to greet some of my party members who have seated themselves around it. I leave the kitchen, only to notice a random pile of pillows have been stuffed to the left of the entrance. Is this some form of guerilla napping station? Why don’t we just throw a couple of beds out instead of being expected to drown in an avalanche of pillows?

It’s a little unusual, but whatever, I can get over it. My third visit to the apartment is when things start to really go off the rails. Scarlet Nexus is an unusual experience when it comes to visual expression. Monsters are bizarre mixtures or physical objects and organic matter, while a number of environments subvert the metaphysical realm we’re so accustomed to in favour of something infinitely more sinister. Despite all this, I thought this humble apartment would be a return to normality before stepping out to face danger once again. It is – but gosh whoever designed this thing needs to watch Extreme Makeover or something. The third visit brings with it an unsettling atmosphere. Not because of the creepy monsters I just finished fighting, but because of the bicycle someone has decided to hang on the wall just outside what I assume is a living room. It’s got dart boards, gym equipment, and a projector beaming images onto the wall, so I don’t know, it could be anything. Who decided these mixture of objects belong in this apartment, and who on earth in my party is using them? In a game which puts player choice and customisation at the forefront, it feels unusual to take away control of such a large, bespoke space away from me when I could only use it to inform the tone of my own adventure. Instead, it all feels scattershot.

My fourth visit to the apartment only firmly cements this view, since it seems so randomly designed and dictated by so many unclear designs that I can’t help but feel alienated, like this space of comfort is instead one of unintentional hilarity. It’s clear that customisation is linked to Bonding Episodes, small dialogue scenes that deepen relationships with certain characters. Gifting certain gifts will also cause surroundings to change. Handing a guitar to someone will cause them to be strewn across the walls, while a toolbox will have a character change positions in the room and begin working on personal projects. It acknowledges your actions, but never in a way that feels satisfying. Scarlet Nexus is filled with ways to customise my appearance and equipment, so why not extend that to this base of operations if the relationships I form with these characters are so important? If all of our conversations take place in a bland void that simply exists because we need somewhere to laze around then I’m not going to care about them. It’s strange, with even Code Vein having a more relatable place to call home away from the chaos of everything. Also, and I can’t stress this enough, who put a damn bicycle on the wall?