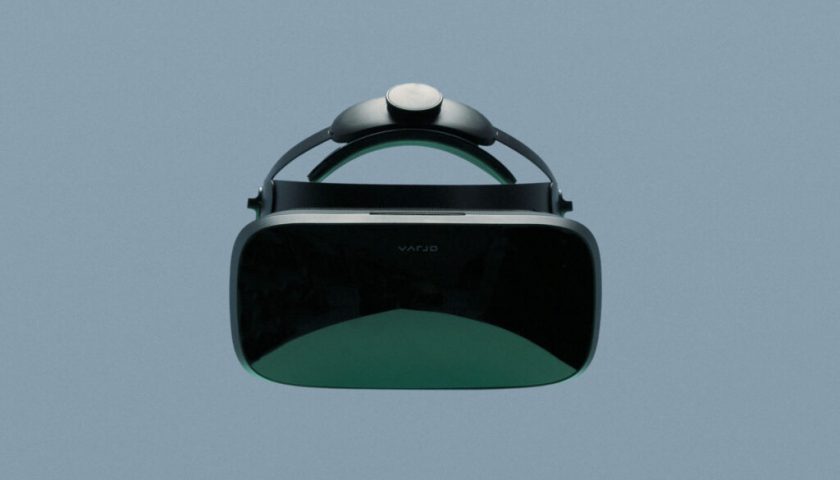 If you’ve been lucky enough to try one of Varjo’s headsets then you’ll know that they’re quite extraordinary pieces of kit. Currently, the two flagship models are the VR-3 and the XR-3, and the two reasons the majority of virtual reality (VR) fans won’t have tried them is because the starting price for the VR-3 is just over $3,000 and that they’re only sold for enterprise use. That’s all about to change though thanks to the new Varjo Aero, an (almost) budget-friendly edition for those that want the very best from their VR setup.

A Varjo for the masses?

Make no mistake, the Finnish company isn’t aiming for broad, mass-market appeal with the Varjo Aero. Coming in at a still wallet worrying $1,990, the Aero isn’t about to contend with the likes of the Vive Pro 2 or even the Valve Index when it comes to attracting new owners looking for a decent VR deal.

Varjo is still looking towards the business sector when it comes to most of the sales, encouraging companies who might be interested in VR but aren’t looking towards those flagship models. However, unlike its older brethren, the Varjo Aero won’t solely be a business model, for the first time ever you can actually buy this headset off Varjo’s website.

This is because there are two major differences with Varjo Aero – not counting the hardware. It doesn’t require an annual subscription to Varjo’s client services and it’ll easily plug and play with SteamVR. Yes, that’s right. You can use the Varjo Aero to play your favourite PC VR titles, whether that’s hunting the Combine in Half-Life: Alyx or cutting cubes in Beat Saber.

Right out the box, the Varjo Aero looks like a premium piece of kit – which you’d expect for the price. You might be surprised what you get in that box though. Two grand gets you the headset and some in-ear headphones and that’s it – apart from the box to connect the headset to your PC. No accessories or controllers of any sort, those you’ll have to source elsewhere. Kind of like when a flashy sports car manufacturer takes their base model and throws half the internals out – who needs a radio anyways? – to then double the price.

No big deal, the Aero is compatible with Steam’s Lighthouse base stations (1.0 & 2.0), whilst you can also use Valve Index or Vive controllers for input. Essentially, when it comes to consumers the headset is really an upgrade to an existing setup, hence why Varjo only expects really pro-end consumers to buy the thing.

To look at, the Varjo Aero doesn’t look too dissimilar to the VR-3 with the same head strap system and a clean, very glossy front form. It’s not until you spool the thing up and put it on that you see where your cash has gone.

Supplied with its own Varjo Base software that works in conjunction with SteamVR, the software immediately runs you through the roomscale setup that most PC VR users should all be familiar with by now. Varjo Base then provides a number of other settings to play around with, such as the automatic IPD – which can be switched to manual – and the render resolution settings for OpenVR/OpenXR. Considering the recommended PC specs note a GeForce RTX 3070, Intel Core i5-4590 or AMD Ryzen 5 1500X and 8GB RAM, you need a really hefty rig to even consider upping those render settings.

The IPD is the final part of the setup because as mentioned, the Varjo Aero does this automatically with its built-in eye-tracking. Taking only a couple of seconds to look at a few dots, it got my IPD spot on the first time with no having to fiddle around trying to find the sweet spot which is huge on this headset.

Gaming on a whole new level

That can be quite the problem with other VR headsets, having to constantly readjust not only the strap fitting but also the IPD sliders. Even then, a vigorous VR gaming session can jolt things around and out of position.

That certainly wasn’t the case here. Aero is wonderfully comfortable to wear for long gameplay sessions, not only because it’s fairly lightweight but also because of the three adjustment settings on the head strap. On the back – which is counterweighted by the way – there’s a hinged pad and ratchet dial for tightening. You then have a pad and turn dial for your forehead – similar to a halo strap positioning – and finally, two little dials that bring the headset into your face, for a nice snug fit with feeling like it’s pressing against your face.

At which point you’ll be able to appreciate the Dual Mini LED LCD displays that offer a whopping 2880 x 2720 resolution per eye with a horizontal 115° field of view (FoV). Saying these provide crystal clear viewing seems like a bit of an understatement. That’s not only thanks to the display but also Varjo’s own custom optics, aspheric lenses that don’t create any god rays or glare as they’re not Fresnal lenses like you find on almost every other VR headset.

The setup ensures crisp visuals that almost pop off the screen, allowing fine details to be noticed for the first time. Needless to say, it makes reading text in VR a whole lot easier. We’d expect nothing less from Varjo and the tech delivers…mostly.

The lens design has a flat bottom to it which cuts off a very small part of the visual experience. Whilst it wasn’t overly noticeable, to begin with, switching between various VR headsets – whose lenses are curved at the bottom – made it apparent what was being lost. Losing that tiny little portion does feel confining, although when drumming away in Ragnarock it quickly became irrelevant.

Far more concerning is the peripheral distortion. When looking forward without too much head motion everything is fine, it’s when you start moving around that it becomes noticeable at the very edges which can get a little annoying. Hopefully, this can be fixed in a software update for a flawless experience.

It’s not all plain sailing

For a device of this quality and Varjo’s many years in the space, you wouldn’t expect many issues. That’s not the case and many seem to revolve around the Varjo Base software which is actually still in beta.

For instance, Varjo Aero doesn’t turn off. Even when closing down both Steam and Varjo Base the headset remained on. When speaking with Varjo it turns out that this is a known issue they’re going to resolve. Meaning, for the time begin the headset always required being unplugged between every test.

Now let’s talk about audio, or more precisely the lack of it. Sure, Varjo does supply some in-ear headphones – that weren’t supplied with the demo unit – so customers have an audio solution at hand. Again, for that price, you’d expect something a little more. When quizzed on the reasoning Varjo explained that if you’re interested in a $2,000 VR headset then you’ve probably got some good headphones laying around. This is probably true to an extent (I used some Bluetooth headphones instead), if not it’s another expense on top of an already pricy purchase.

Varjo really isn’t pandering to anyone with the Aero. It has built a device it wanted to make with no compromises, and it shows. The build quality is rock solid, never once feeling flimsy even though it doesn’t look as robust as others on the market.

That almost pales in comparison to the visual quality from the displays and lenses. Even with headsets like the HP Reverb G2 on the market, the Varjo Aero is in a league of its own and will make you want to explore your entire gaming library again, especially when it comes to titles like Half-Life: Alyx or The Walking Dead: Saints and Sinners. There are flaws as mentioned, which makes a definitive recommendation difficult at this time. Varjo has said issues should be resolved by the end of the year when orders start going out. If that’s the case we’ll update the article with our findings. If those are sorted and you really love VR, no question you’ll want a Varjo Aero in your life.