Star Wars fans will soon get the chance to travel to the Galaxy’s Edge theme park to live out a fantasy of being a Jedi, smuggler, or more likely a collector of expensive toys and plastic cups. If you don’t have the funds for a pricey Disney vacation, Vader Immortal is another way to achieve an intimate Star Wars experience. In this first episode of a three-part series, you spend time on a starship, get your own lightsaber, and learn just how bad of shots the stormtroopers really are. You also come face-to-face with Darth Vader.

Being in the presence of Vader is a fascinating moment, as it reinforces what an imposing figure he is. I took a step back when he entered the room and crowded my location. This series, penned by David S. Goyer (one of the writers behind The Dark Knight trilogy of films), gives the player a voyeuristic look inside of Vader’s world. When the episode begins, you are on your ship, the Windfall, enjoying a quiet moment with your co-pilot, a droid named ZOE3. This new character is voiced by actress Maya Rudolph who is bubbling with personality and wit, making her a great addition to the Star Wars universe. 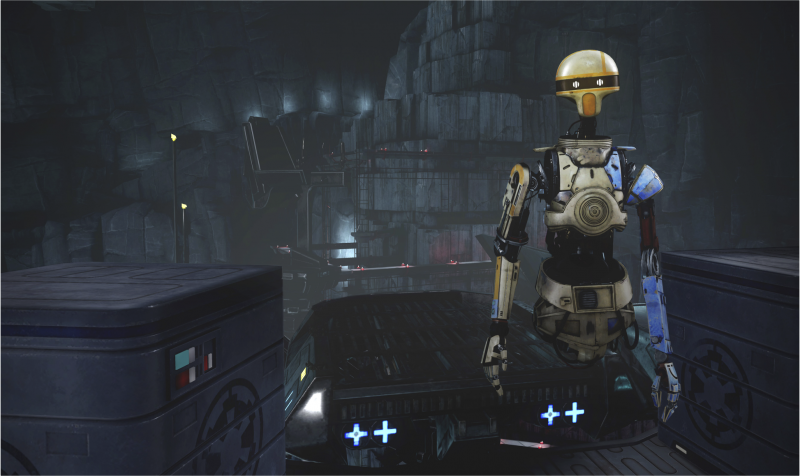 In this tranquil moment of play, you can walk around your ship (either using the analog stick for fluid movement or a warp system) and interact with various objects in your living quarters. You can hold up and examine an interesting relic from Jedha, check your travel log to see what planets you’ve been to, and also throw on a helmet, which appears visually around your head. As you conduct diagnostic work on your ship, you are pulled out of hyperspace and down to the planet Mustafar. The Empire wants you for something.

Your vessel flies along the planet’s molten surface and eventually come to rest inside of Vader’s fortress. The amount of visual detail provided in this opening sequence is impressive. If you look up when standing in your cockpit, you see a massive star destroyer moving into position overhead. As you dock in Vader’s lair, stormtroopers are everywhere, many raising their guns to greet you. The first few minutes of play deliver the feeling that you are a part of a legitimate Star Wars adventure.

I don’t want to give away too much, as the little moments and interactions are the true joys that come from this experience, but I will say I wasn’t fond of my character being a silent protagonist. I understand ILMxLAB’s desire to make players feel like they are present for this journey, but it’s a choice that makes the adventure feel more like a Disney World ride than a legitimate Star Wars story. Even if your character doesn’t end up having a voice, being able to communicate in some way with your hands would have helped create a connection to the world and story.

Big revelations about Vader and his power-hungry crusade are made as this short 40-minute tale unfolds, and I adore where it ends up. It goes places I didn’t expect, and dives deep into Mustafar’s history along the way. This planet has plenty of secrets to tell, and some are delivered in this first episode; others are teased for future episodes. You learn that your character is also important to both the planet and Lord Vader. As far as story setups goes, this one is dripping with intrigue in great ways. 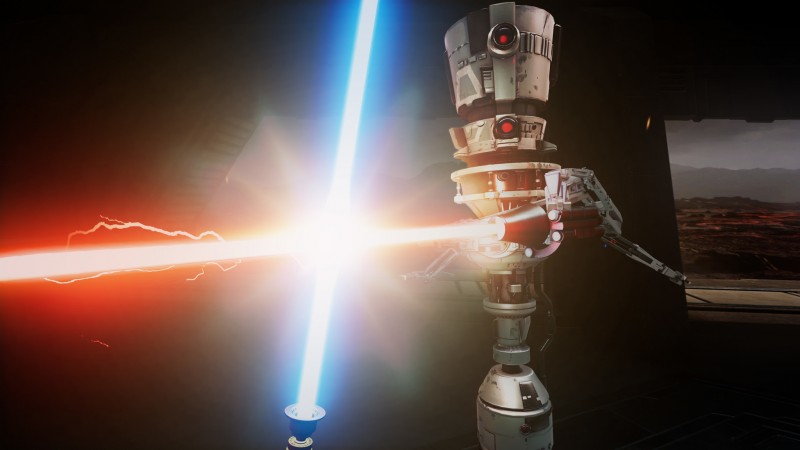 Igniting a lightsaber is as cool as you would hope it to be in VR. Seeing the blade extend is mighty satisfying, as is hearing it hum as you wave it around. The saber will also leave scorch marks on the floor. Again, the little touches are great. Just don’t expect much from the lightsaber when combat ensues. You are mostly asked to use this powerful weapon for countering techniques. You need to time your saber movements to knock back laser blasts and block saber strikes from robots. Though you can’t die, some skill is involved in blocking two to three strikes in a row, which exposes an enemy and allows you to strike them down. Moving the saber quickly into position is fun, but you don’t really feel like you are a threat at this point; which could be a story beat ILMxLAB is building up to. As bare-bones as this combat is, battling eight-foot droids that are right in your face is exhilarating.

Some of the better moments in this episode are when you don’t have to use a lightsaber at all, and instead are asked to figure out ways to open doors. I know that sounds boring, but these little puzzles use your hands in clever ways, and make you feel like you are actually interacting with the environment. You are also asked to climb a few ladders and shimmy along pipes. These are the only two interactions that didn’t go off without a hitch; my hand grabs sometimes weren’t recognized, and I sometimes had problems dropping from a ladder to the floor. 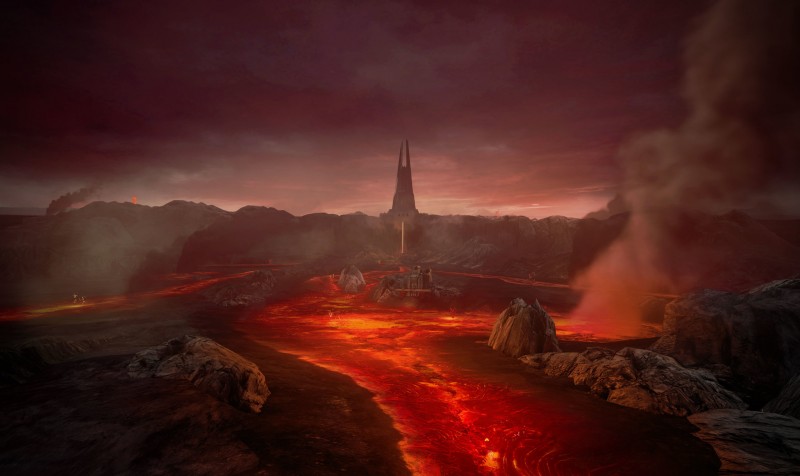 Outside of an odd tutorial sequence that completely derails the experience for a few minutes, the action and story flow nicely from moment to moment, creating a fun ride into the inner workings of the Dark Side. The lack of involvement you may have as a character is a minor quibble in an otherwise fascinating Star Wars story that puts its iconic villain in the spotlight more than I expected. I can’t wait to see where this series goes next, as the tease at the end implies the Force will be explored in big ways. 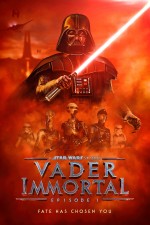 Standing face-to-face with Darth Vader is a powerful moment in this fun story driven adventure.