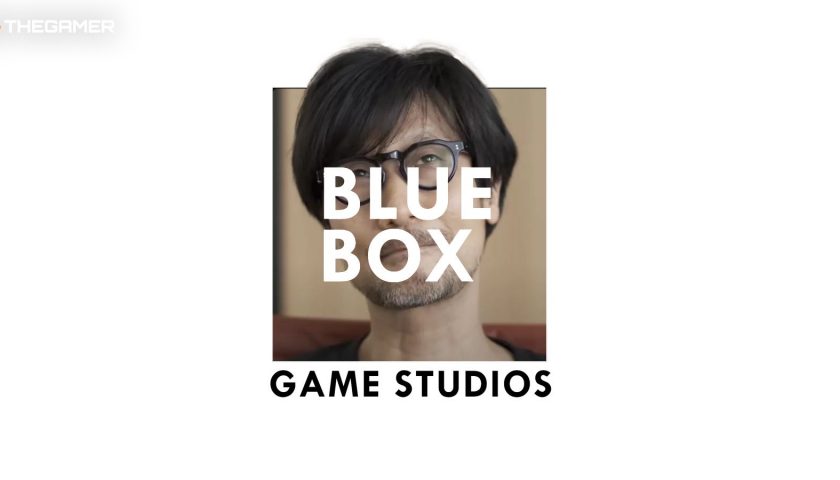 We don’t know what Hideo Kojima’s new game is yet, but a lot of people online appear to think we’ve already seen loads about it. As you’d expect with Kojima, the man who once tried to make PS1 discs smell like blood, none of this is straightforward. The last Silent Hill game launched in 2012, the same year our world was supposedly going to end. They even made a film about it, which is much better than everyone says it is. Anyway, while humanity and Earth are still kicking, the Silent Hill series has seemingly gone kaput. How could the Mayans have possibly predicted that?

Hideo Kojima is certainly forward-thinking, which is why it comes as no surprise that yet another rabbit hole about a mysterious company working on a ‘brand new’ horror title has emerged. Basically, a threadbare trail of breadcrumbs has left people thinking that this studio, Blue Box, is actually Hideo Kojima in disguise and that the whole ordeal is actually centered on an ARG-style mystery designed to announce the new Silent Hill game. Let’s dive into the evidence and answer the question of whether this really is the man, the myth, the legend, or if it’s just a load of unconnected gibberish spouted by lads in wizard hats made of tinfoil.

The day is April 7, 2021, and Blue Box Game Studios has just unveiled its new game, Abandoned. It’s a first-person survival horror PS5-exclusive from an enigmatic figure named Hasan Kahraman. He shares it on the PS Blog, which is standard enough, right? But it’s on social media that the connections to Kojima’s own unannounced IP begin to flare up, with Blue Box tweeting, “Guess the name: Abandoned = (First letter S, last letter L). Reveal closing in…” That’s fairly on the nose for an apparent Silent Hill tease. At the very least, Blue Box knew what it was doing in drumming up a bunch of supposed connections to build hype for its own game, but fans still thought there was something more to it – it’s Kojima playing the long game, right?

The follow-up tweet states, “We wanted to set things straight. We have no relations with Konami. Silent Hill is owned by Konami. We do not have any relations with Hideo Kojima. It was never our intention to tease the name as Silent Hill. We sincerely apologize for this.” This is a pretty good precedent for where this story is going – a back and forth of blatant references that were quickly reversed for whatever reason. It could very well be that Blue Box is riding the coattails of a more successful studio to thrust its own name in the limelight, leveraging the passion of fans who have been waiting nearly a decade for a new Silent Hill. It’s genius marketing if that’s true, although this wouldn’t be a first for Kojima either. In fact, he used a fake studio when teasing both P.T. and Metal Gear Solid 5: The Phantom Pain. He could just be back up to his old tricks.

Not long after this debacle went somewhat viral – at least among the Silent Hill community – Hideo Kojima tweeted about two books that he had received. In this tweet, he uses the words ‘Silent’ and ‘Hill’ on separate but consecutive occasions. Maybe it’s me looking in from the outside, a hapless Resident Evil gremlin who has barely touched Kojima’s iconic titles, but that’s a stretch. At some point, with how much this man tweets, he was bound to eventually include these two words together, and doing so probably doesn’t mean anything. It doesn’t tease a project or connect the dots in some sort of intricate mystery, but fans tried to tie this faint sliver of ‘evidence’ to Blue Box as desperately as a police force citing a psychic to crack a decade-long cold case. Anyhow, the idea of wordplay is something worth noting, at least in relation to Blue Box itself. On its YouTube page, the banner depicts a range of hills. This has nothing to do with its project, at least not from what we’ve seen, and it’s oddly generic – it certainly doesn’t scream ‘game developer’. This clue feels like it has a bit more substance to it, but bear in mind that all of this could simply be Blue Box feeding off the appetite for a new Silent Hill.

Social media is the forte of this little startup studio. Its handle is an Easter egg in and of itself – or at least, it could be. That’s what a lot of this boils down to. It could be a deliberate reference, or it could be an innocuous accident from some poor sod that’s just linked himself to Kojima in a slew of different ways – to be honest, the latter offers a much more satisfying mental image. Everything he tweets, shares, or creates is inadvertently a Silent Hill reference, and it’s just a big ol’ game of Mr. Bean cocking up like some classic silent film sped up to 1.5x. Instead of a turkey on his head, it’s a Metal Gear Solid reference. Anyhow, the handle for Blue Box’s Twitter account is @BBGameStudios. Eh? Eh? If you don’t know what I’m on about, BB is the name of Norman Reedus’ little baby in Death Stranding, who is also Mads Mikkelsen’s baby in World War 2, because Kojima. Death Stranding, for context, is the debut game from Kojima Productions, so conjoined with those ‘random’ hills, Blue Box’s social media seems to be at least toying with a Kojima connection, even if it isn’t officially linked to him.

Blue Box is a fairly new studio too, having formed in just 2015, a year after the release of P.T. But despite claims that founder Hasan Kahraman has created a wealth of other titles, he hasn’t got much to show for. In fact, the only other game from Blue Box is called The Whisperer, which happened to come out around the same time as when Kojima and Konami had their little love spat. It had another canceled game called Lost Tapes, sure, but that is also coincidentally the name of the fourth soundtrack in Metal Gear Solid 5. Blue Box even has a game on the app store called Personal Training (or P.T.). At a certain point, all of these little details go from being random accidental chances to a weirdly consistent series of references, and that’s why the mystery is so enthralling. It’s not just one little thing that links it to Kojima, it’s practically everything at the company in some shape or form. Even the name of the founder isn’t safe from this weird web of connections, with many pointing out that Hasan Kahraman shares his initials with Hideo Kojima. 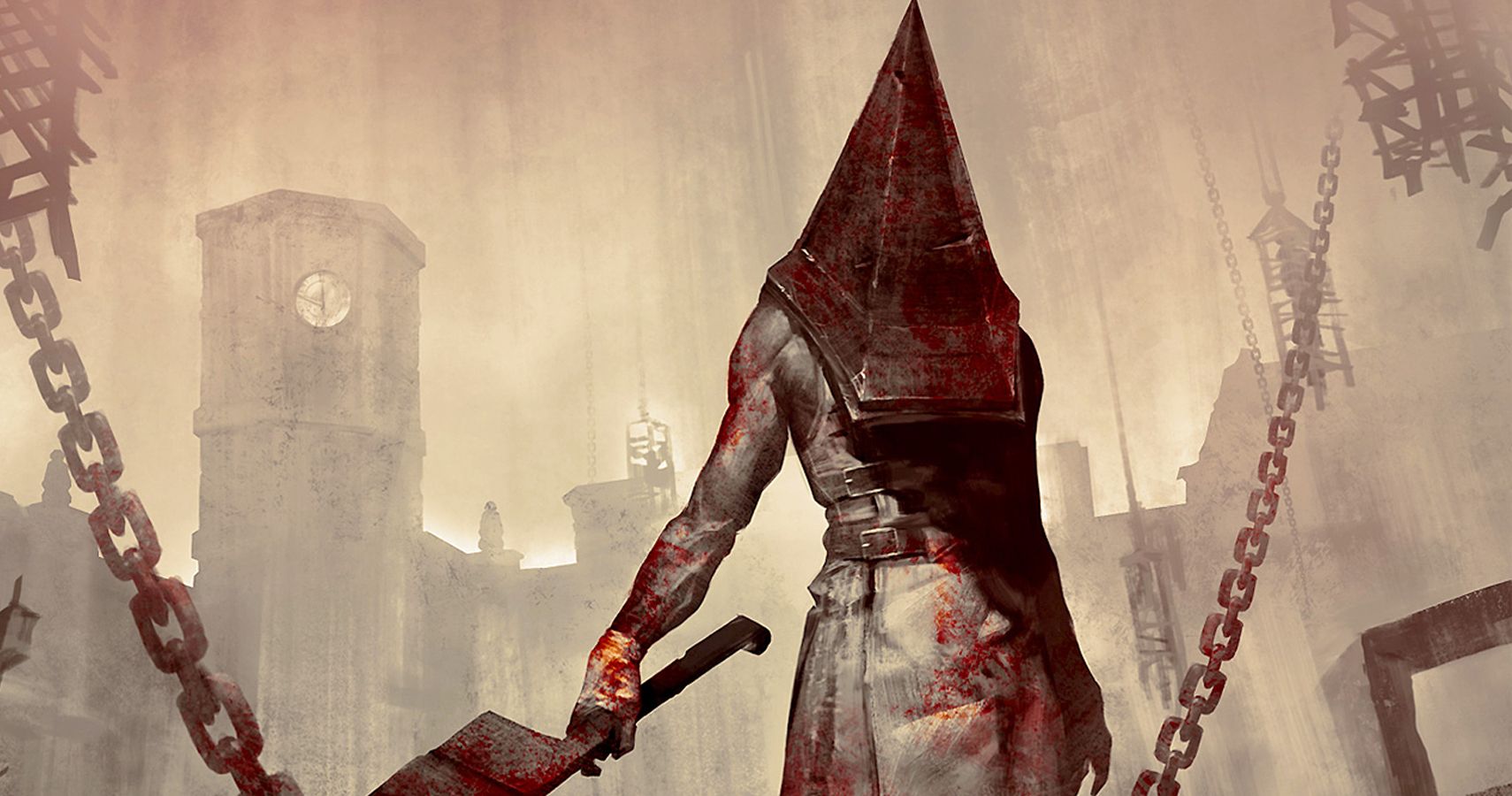 On top of that, translating the name ‘Hideo’ from Japanese to Turkish gives you ‘Kahraman.’ That’s a lot of coincidences. I’ve got my tinfoil hat, my poorly edited YouTube videos with fuzzy mics, and my curtains rolled down because the men in black are gonna come any second. Nobody can know that Kahraman is Hideo. Okay, maybe it’s not that serious.. Kahraman seems to be a real person, while game developer Rami Ismail did some digging and checked with the Dutch chamber of commerce about whether or not Blue Box Game Studios is real. Guess what? It is, to the extent of being“of a passthrough type where you cannot fake your identity.” To boot, Kahraman exists, so he can’t be Hideo Kojima. If that, which is a cosmic-level coincidence, is indeed a coincidence, then maybe everything else is, too. It seems legit – Kojima is busy with his director’s cut of Death Stranding, and while Silent Hill composers tease future projects and circumstantial evidence mounts, there’s still nothing concrete out there.

The studio seems to have connections in high places to boot, with Geoff Keighley following it on Twitter. What’s more, while he follows the developer, Blue Box follows him right back. That’s especially strange considering that the studio only follows six people, with him seemingly being the first that it opted to go for. It’s worth noting that Keighley and Kojima are buddy-buddy with one another. There’s something of a connection between those two, while Keighley has told us that Kahraman has sent him private DMs asking to help reveal his game. Given that he’s just unveiled the gigantic, highly anticipated follow-up to Dark Souls 3 and Sekiro, it wouldn’t be far-fetched to hand him Silent Hill as his next monumental unmasking. Still, there’s nothing there other than a game developer who wants a big-name journo to unveil its game. Again, standard stuff.

If I had to come to a conclusion, I’d say that this is all a ploy – that Kahraman is playing into the want for a Silent Hill successor and then apologizing when it goes tits up. I don’t think this is Kojima’s Silent Hill or a game in any way affiliated with Kojima, but if he jumps out and rips off the fake mustache to unveil a new Silent Hill, I’ll be pleasantly surprised. The alternative is getting my hopes up and being disappointed by the regular reveal of a regular game by a regular man, who may well have a regular mustache. Who wants that?