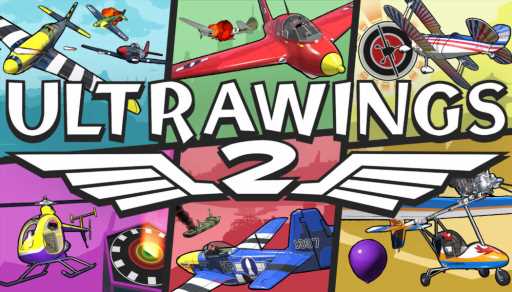 Bit Planet Games has been teasing details of its aerial title Ultrawings 2 for a little while now. A few days ago the studio ended all of that hinting with an official announcement, Ultrawings 2 will be coming to Oculus Quest and PC VR headsets in early 2022.

The original Ultrawings was a particular favourite amongst early VR fans with its mixture of simulator and arcade flying mechanics. After nearly four years in development, Ultrawings 2 is taking that gameplay up a notch with Bit Planet Games saying it’ll be “3X the gameplay of the original” with a bunch of new mission types as you progress through the open-world adventure.

Providing realistic physics and mechanics for each of the five aircraft – which includes a helicopter – you’ll be able to use your virtual hands to grab the cockpit controls or use HOTAS and gamepad controllers if they’re more to your liking. As mentioned, Ultrawings 2 is a mixture of sim and arcade flying with the studio noting: “Although the aircraft’s flight model is based off of its RL counterpart, liberties have been taken to make them uniquely fun to fly.”

Ultrawings 2 will be all about giving pilots stuff to do with hundreds of missions that should keep you in the air for 40-60 claims Bit Planet Games. These will include popping balloons with a dart pistol, stunt plane aerobatics, air-to-air combat shooting down drones in the fighter plane, and trying to land the rocket-powered glider. All of this will take place across day, night, dusk, and rainy conditions to alter the challenges.

Combat Missions will be introduced in Ultrawings 2 in which you’ll encounter dogfighting scenarios, having to intercept bombers and sinking enemy shipping convoys using a one-handed grenade pistol.

Even with the release still months away the studio has already said it has big plans post-launch: “Ultrawings 2 is designed and built for expansion. Expect new aircraft, new gameplay (air races anyone?) and new islands.”

Bit Planet Games is currently aiming to release Ultrawings 2 for Oculus Quest, Rift, HTC Vive, Valve Index and Windows Mixed Reality headsets in February 2022, with other platforms to be revealed at a later date. Take a look at the new trailer below, and for further updates keep reading VRFocus.