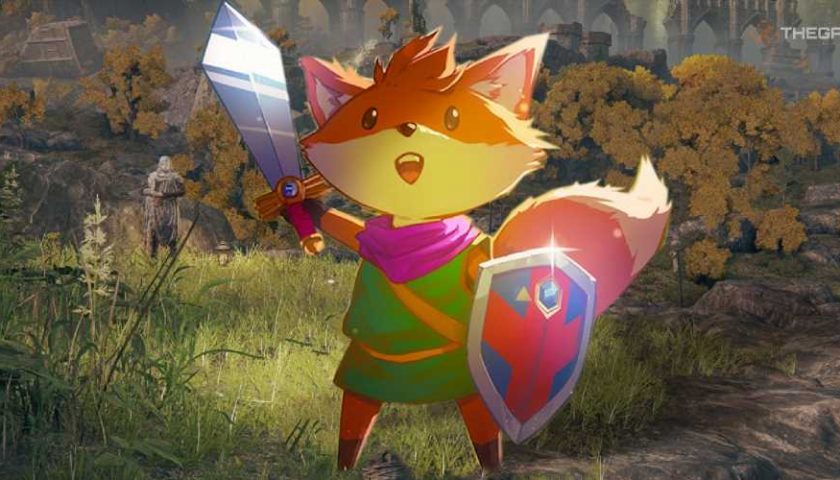 I haven't played very much of Tunic yet, but I've already been taken in by its charms. It channels the older Zelda games, but with something of a modern twist. The closest comparison would be the Link's Awakening remake for the Nintendo Switch. Despite this obvious (and quite deliberate) inspiration, the first thing that came to mind was Elden Ring. I'm not just chasing SEO traffic here – look closely and you'll see I avoided the temptation to put Elden Ring in the headline – but after the gaming world has been unable to talk about anything but Elden Ring since it launched, maybe I have just finally succumbed to the idea that nothing besides Elden Ring matters anymore.

Elden Ring is obtuse in its design, and as defenders will quickly and loudly point out, deliberately so. What's extremely funny to me is that I have complained, since launch, about these obtuse features and have been repeatedly told that they are part of the developers' vision. Except now they're getting patched in, so I guess they weren't. I know it's more complex than that, but it doesn't change how amusing I, personally, find it. In any case, Tunic is also somewhat obtuse, but in a way that's much less unfriendly, more intuitive, and generally doesn't result in me wanting to break my controller with my face, or my face with my controller.

When you first start Tunic, the game just starts. There's no cutscene, no dialogue, no quest markers, nothing. Just click New Game and boom, you're in. You're a little fox wearing a tunic (good job he's not wearing assless chaps or marketing the game would have had a very different tone), and that's pretty much all you know. There are two bars on the HUD. Pushing random buttons doesn't do anything as you have no weapon yet, but one of them makes you dive forward, dropping a slice off one of these bars. It gradually recovers. This bar, you can assume, is stamina, which by process of elimination makes the other bar health. You head forward, still tapping buttons because surely one of them does something, and a menu opens. There's basically nothing in it, and what is there doesn't make sense. 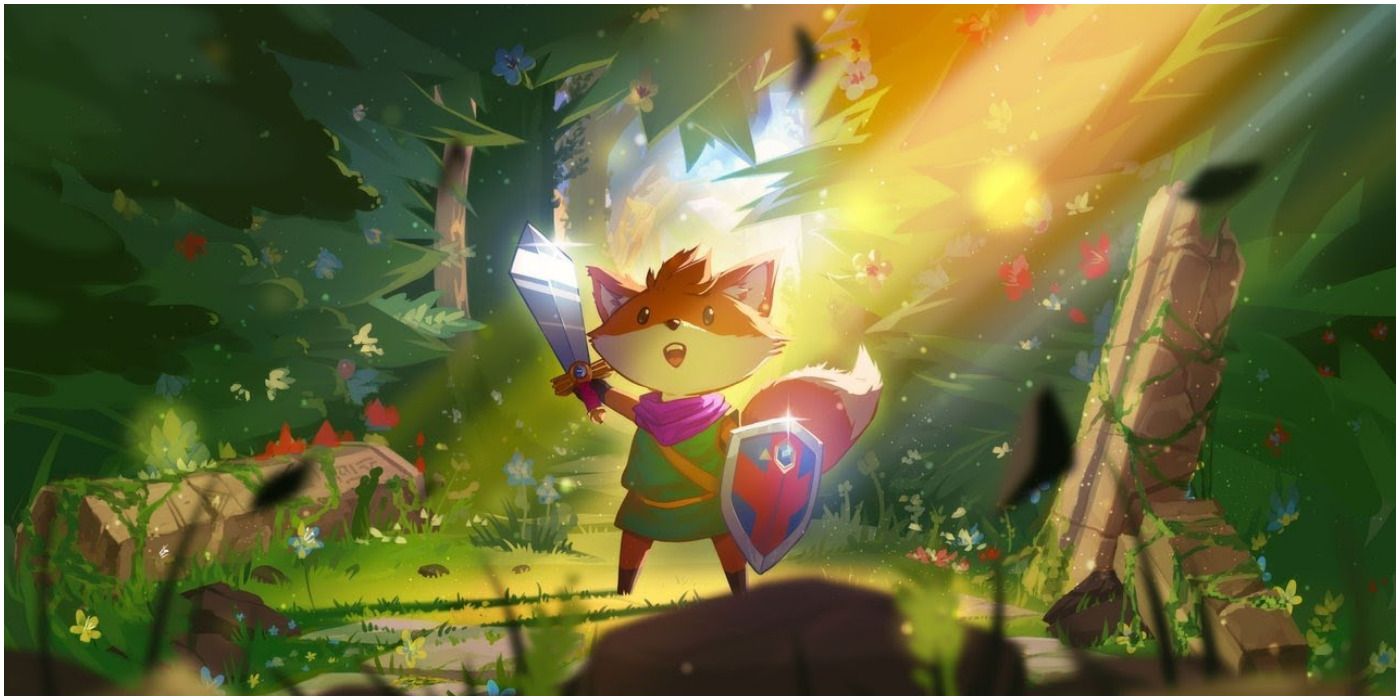 You see what is probably an enemy with a glowing LT over him. Tapping it makes you aim at him, but you have no weapon with which to aim. He's across a gap you cannot jump, so you turn around. Above you, more unreachable enemies. Another prompt to target them. And still, no way to reach them. You can continue to wander around, looking for a sword or a bow or a… anything, or you can go into this nifty little cave ahead of you lit with sconces. You know the cave is the right place to go, but should you look for a weapon, some form of defence, or at least an answer to what the X button does first? Tunic offers no real guidance aside from your own knowledge accrued through years of playing video games. I knew health was health before I took damage, because every adventure game has a health bar and I already figured out which one was the stamina.

Obviously, Tunic is significantly less complex than Elden Ring. Mechanically, design-wise, and from a lore point of view, Elden Ring is far more layered. I don't need to have spent hundreds of hours in Tunic to know that, and unlike Elden Ring, I doubt many people will spend hundreds in it. But it's refreshing, so soon after a game hailed as the greatest of all time made us all conflate 'no handholding' with 'impossible to play without several irl notebooks to hand', to see a game trust its players without forcing them to jump through arcane hoops and defend nonsensical UX/UI. 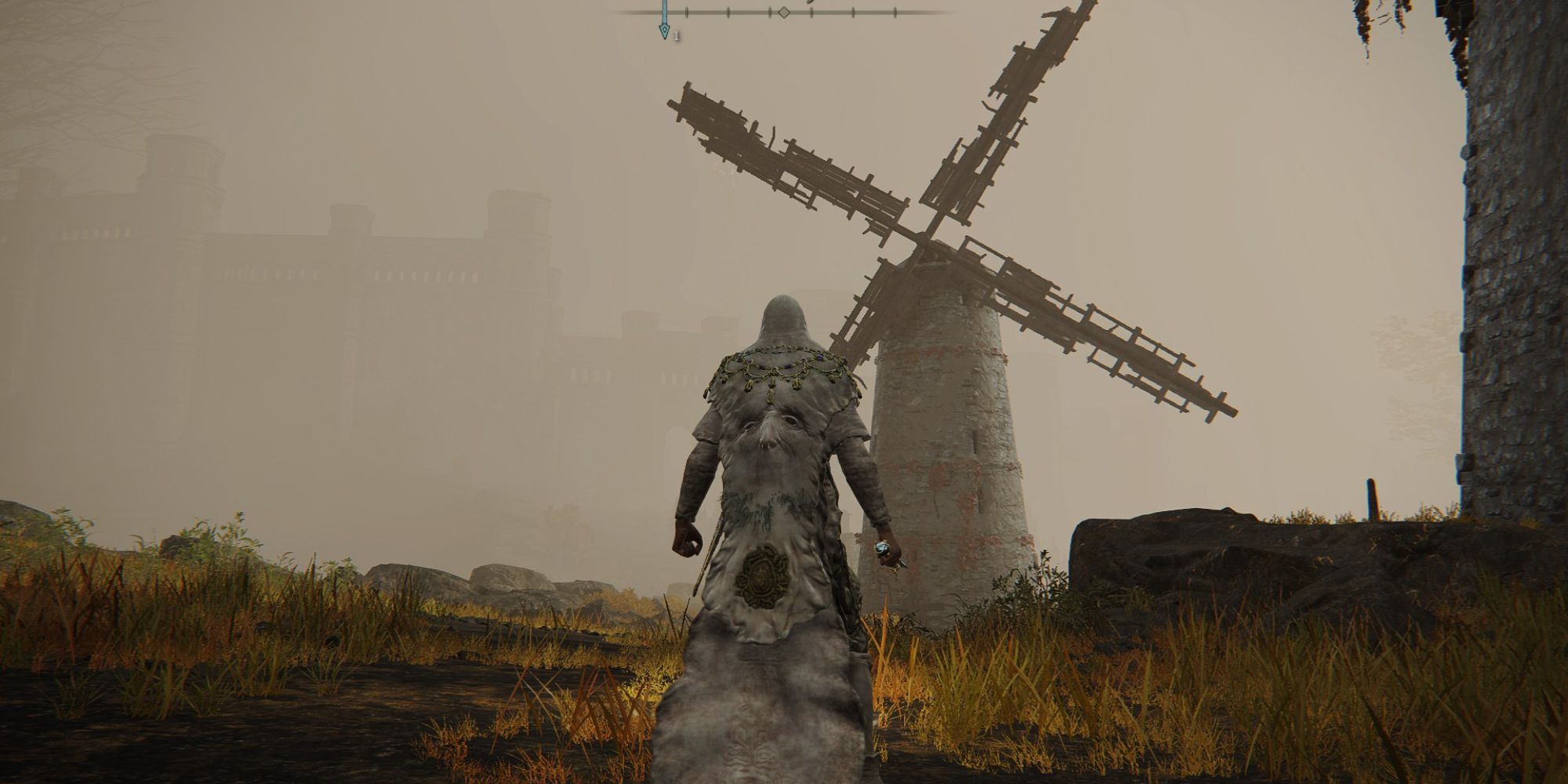 I've no idea how good Tunic will be once I dig into it a little bit more, but it makes me more hopeful for the future of gaming than the elitist gatekeeping that comes with FromSoftware's latest title. Now to spend ten hours levelling up my fox so I can take on a sheep with a snake's head and legs made of old rusty swords, or something.