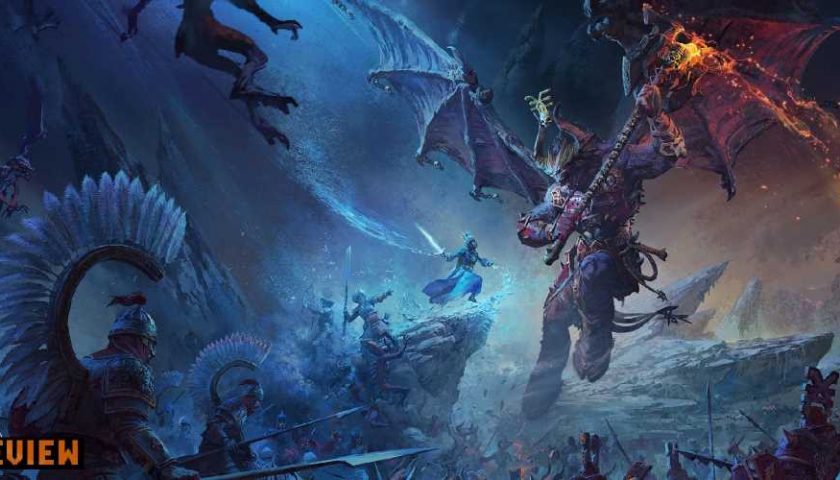 Chaos flows from the frozen wastes. My custom demon lord – Kevin – has chunky cloven hooves and a spiky tail with fangs. Its army is teeming with weird and wonderful chaos creatures: blobby little guys and crab-ladies riding on the backs of velociraptors. Total War: Warhammer 3 brings all the nonsense of the Warhammer universe together into one final campaign.

Warhammer 3’s standalone campaign introduces several demon lords, including Khorne’s Skarbrand, Slaanesh’s N’Kari, and Tzeentch’s Kairos Fateweaver. The unit design for these factions is incredible. Seeing these bizarre demonic creations come to life in Warhammer 3 is a dream for any fans of the universe, especially as they crash into the forces of Kislev and Grand Cathay.

The recommended starting campaign, The Demon Prince, lets you field all four types of Demons in one mega-army. It also lets you customize your own Prince, with unlockable customizable pieces that affect how your character looks on the field. These gear items also impact how your Lord behaves in battle. The customization menu is intense, as are the options for how to play each faction. It’s delightfully confusing, though I’m going to play this game for a thousand hours anyway, so at least there’s plenty to learn.

Along come the Ogre Kingdoms, the day-one DLC for the game, with more unique mechanics and hilarious voice lines. You can’t have a static base with the Ogres, which means you’re always rolling through the map, constantly looking for fights. To the south are the empires of Grand Cathay and Kislev – Kislev have fought the Chaos legions for hundreds and hundreds of years, and are battle-weary, but prepared for the Chaos hordes to descend into their lands again, and Grand Cathay, one of the largest empires in the Warhammer universe, are a human force ruled over by transforming dragons.

In terms of upgrades to Warhammer 2, the campaign map and battle map look great and arguably better than ever. You’re going to need a much better system to run the game smoothly though. I had to knock down a few settings and I’ve got a pretty good rig. When you zoom in and inspect the armies it all makes sense—some of the demon units, in particular, are incredibly detailed, especially the Nurglings (which may be my favourite unit in the game). 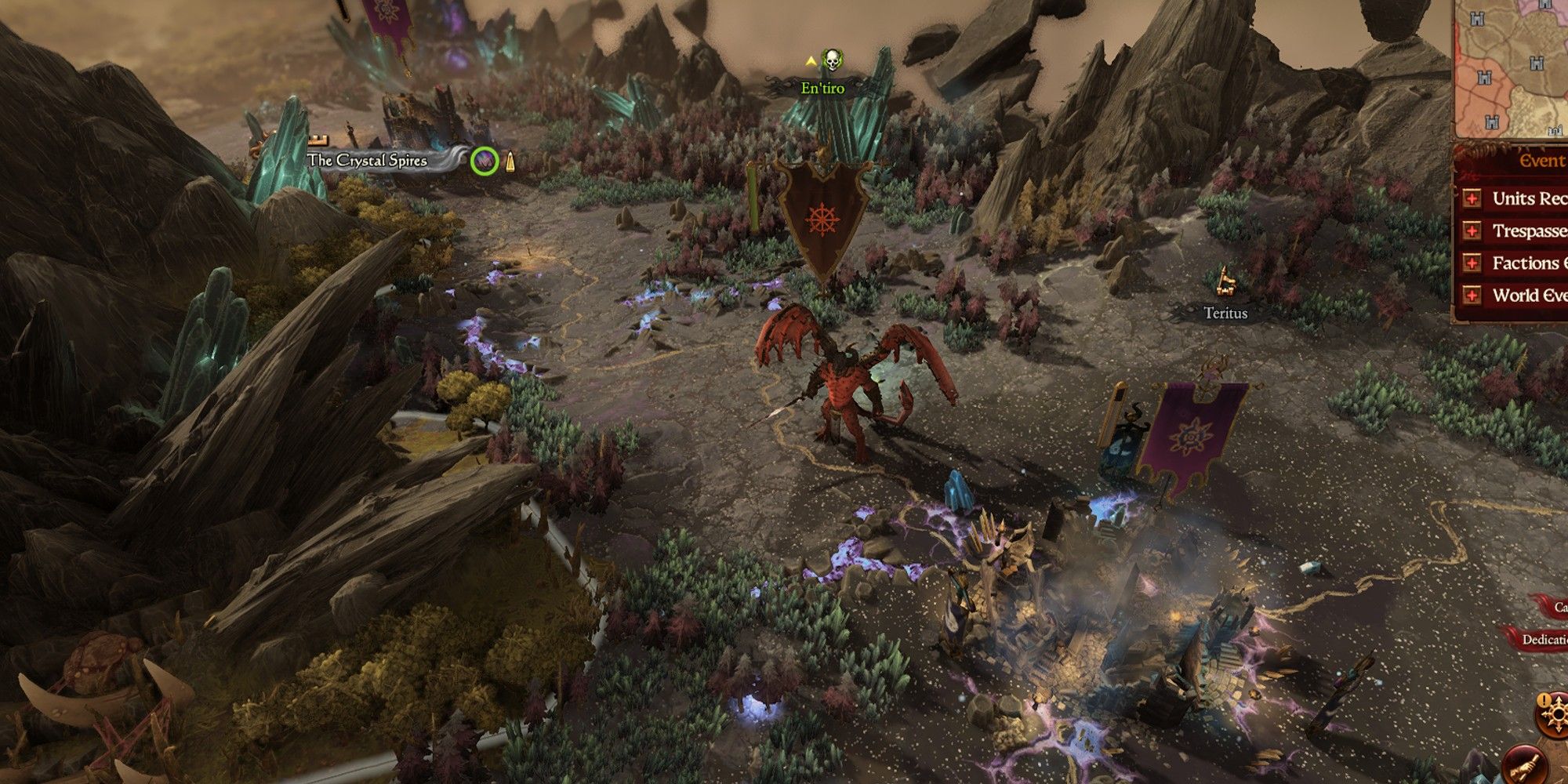 As for gameplay, Warhammer 3 is much the same. The new factions have new mechanics and there have been some quality of life improvements to how diplomacy in the game works (more options, deeper ways to interact with your allies) as well as the introduction of more complex siege battles. Building up your defenses in a siege battle feels powerful, especially as the towers are upgraded with long-range cannons, and you hastily construct a barricade to funnel the enemy troops into your meat-grinder.

We weren’t expecting anything groundbreaking in the third installment of this trilogy. Not really. All the pieces were already set. Creative Assembly just needed to wrap everything together and fulfill its promise of bringing all known factions of the Warhammer universe together. It has pretty much nailed it. Fresh changes to how diplomacy works, improvements to the AI (including the removal of some of the cheesy strategies from Warhammer 2) as well as the enhanced siege battles all make this feel fresh enough compared to previous entries. This isn’t just a DLC or expansion—there are enough changes here to set it apart.

The campaign spread across the Chaos Realm and the empires of Cathay and Kislev is just the beginning, too. Like others, I’m most excited for the upcoming Mortal Empires map—this combines the campaigns and factions of all three games into one mega-campaign. It’s a technical feat that I expect to be unbelievably impressive. You could even consider it one of the most technically accomplished games of the year, as long as it works well enough when it arrives. There are so many moving pieces all coming together at once that it feels like a board game you’d never be able to actually play. Arms too short, brain too slow. Warhammer 3, however, will move the pieces for you.

Until Mortal Empires is out, the Warhammer 3 standalone campaign is enough to provide hundreds of hours of play. Not much has changed, not really, which is both a blessing and a curse for returning players. There’s nothing overly groundbreaking here, but the small improvements and cool as hell (literally) Demon units are enough to tide any fan over. If you’re jumping into the series as Warhammer 3 as an entry point, I’d slow down a bit and try out the previous games first—the game holds your hand only for a few moments, and then you’re barraged with menus and systems that are going to look totally bizarre to you.

Overall, Total War Warhammer 3 is a gift to its fans, a fitting send-off to the trilogy. The real going-away party arrives whenever Mortal Empires shows up, but for now, you can delve into the twisted Chaos Realm and get lost in sprawling battles and text-heavy menus, like any Total War fan.

A PC code was provided for this review.