Thronebreak: The Witcher Tales is not at all what I expected. When I sunk 100+ hours into The Witcher 3, you couldn’t pay me to stop my monster hunting and sorceress seducing long enough to visit a tavern for a game of Gwent; it just didn’t appeal to me at all when there was so much action-adventure to be had. When Gwent later released as a stand-alone game, I still couldn’t be bothered. Three years of every expansion for Hearthstone, flirting with Teppen, and a recent affair with Legends of Runeterra left me with no time to get into Gwent. 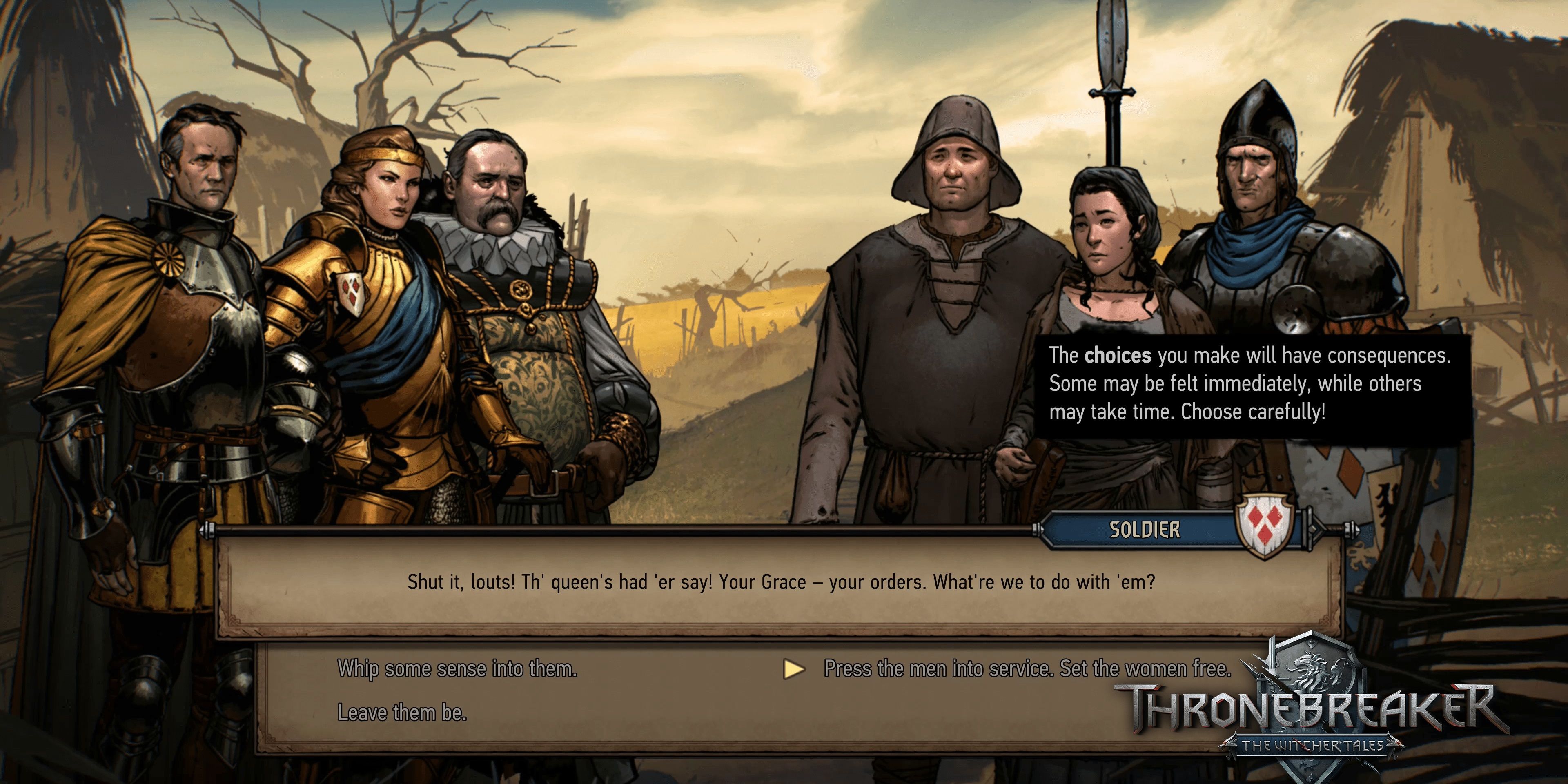 While the card battles make up the bulk of the game’s 40 hour run time, exploring the overworld and pushing the story forward is an equally enjoyable experience. Almost every encounter on Meve’s journey will present her with choices and, no matter which choice you make, the same message will appear: “You’ve chosen one evil in favor of another.”

Morally grey decision making isn’t novel to Thronebreaker, but the effects of these choices are often so monumental that each scenario begs for some amount of ethical introspection. It isn’t always clear what consequences your choices will have – in fact, some don’t seem to have any “effect” at all – but every choice serves the story and the character you are creating for Meve in really interesting ways. 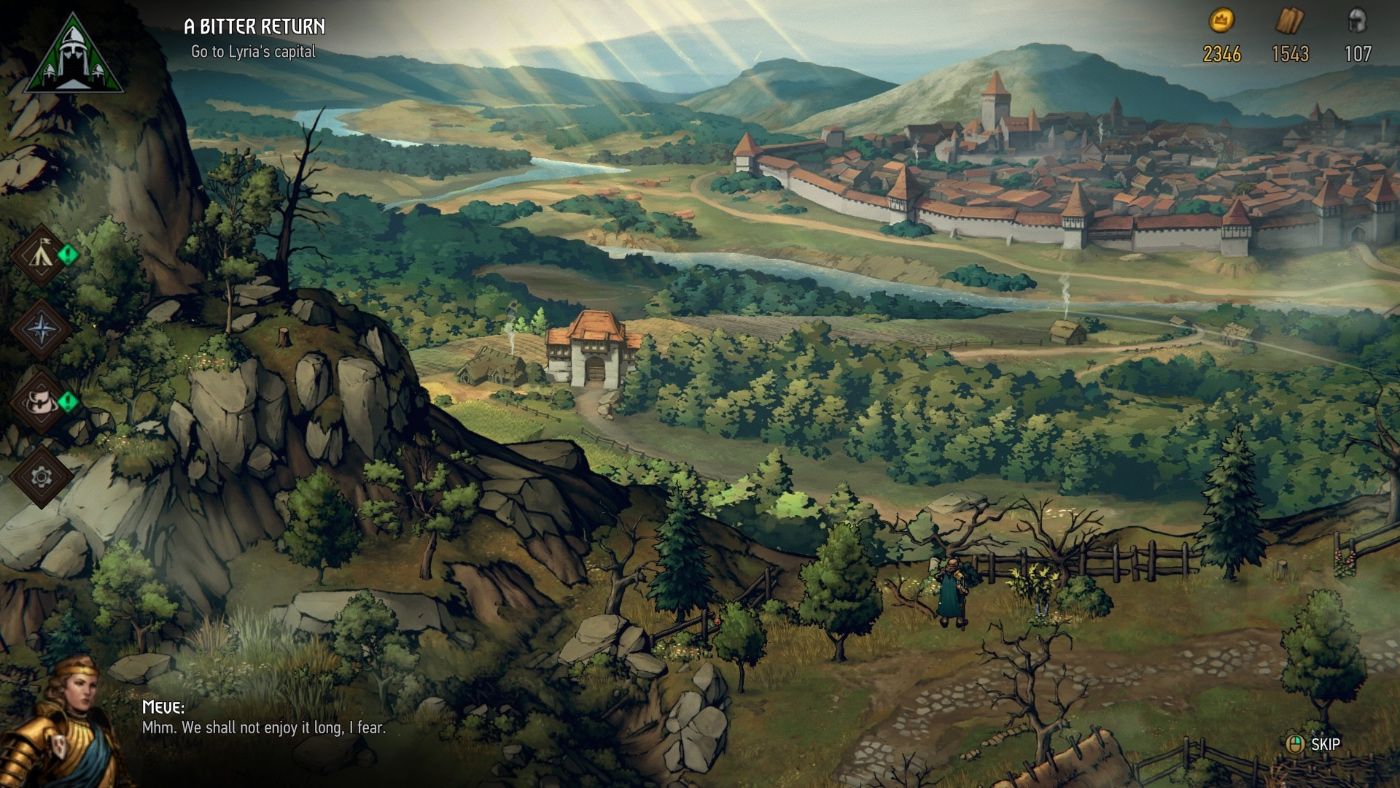 Thronebreaker is a lot closer to a traditional RPG than it first appears. There are sidequests, hidden chests, treasure maps, upgrade paths, and even party members to collect. This game scratched so many itches I had for an RPG that, at times, I often forgot it was a card game at all. Every time I was reminded, luckily, I was never disappointed.

Hearthstone Adventures – Eat Your Heart Out

In Thronebreaker you start with a deck and slowly unlock the ability to add new cards to that deck as you progress. You may assume, then, that the game is about tweaking and fine-tuning that deck for each encounter, playing harder and harder games of Gwent against opponents with stronger decks as the game progresses, but that isn’t the case at all. 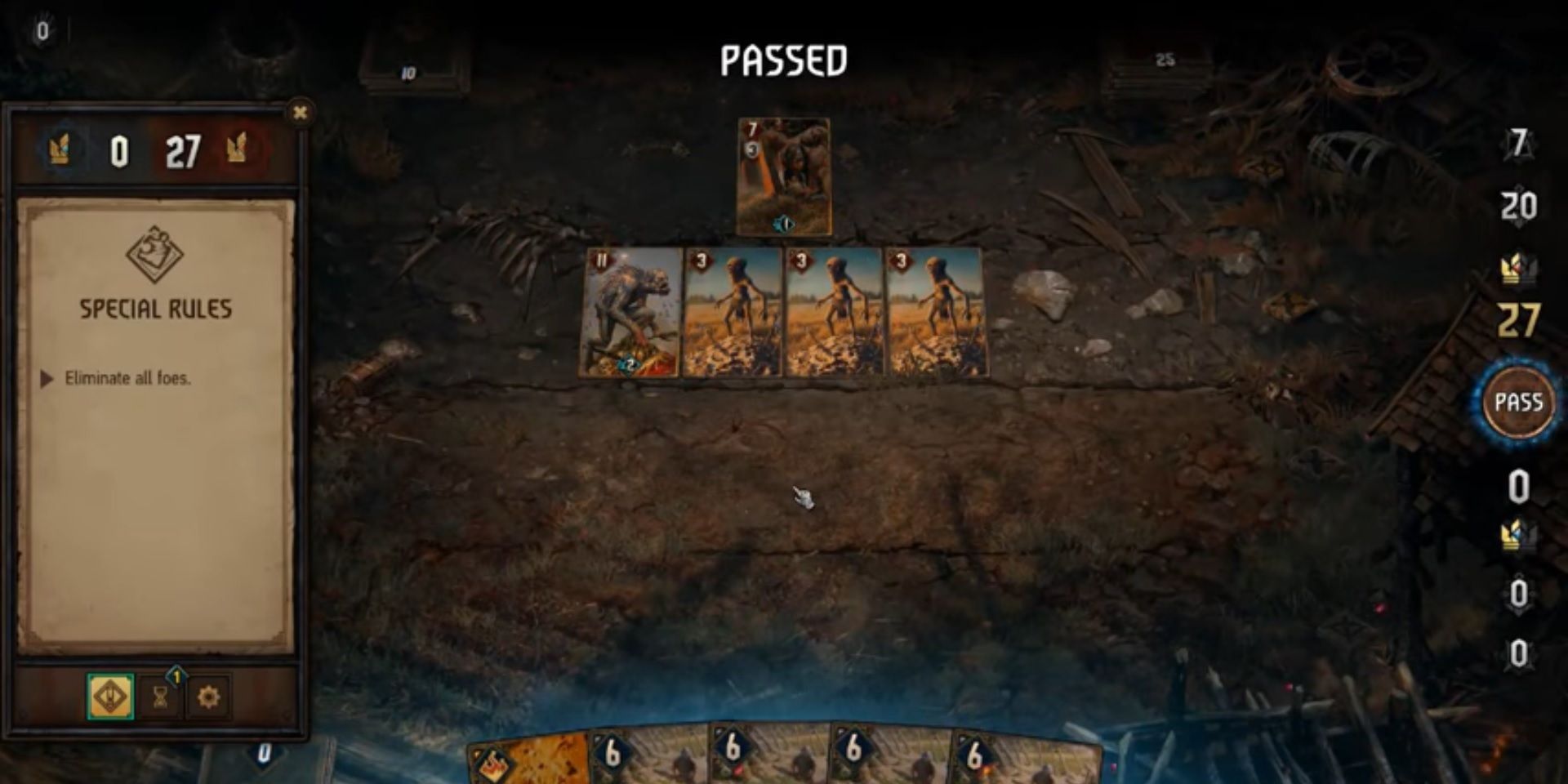 Almost every single encounter presents a unique puzzle to solve and a brand new set of rules. Most battles only last one turn. Some start you with a specific set of cards that need to be played in a certain order to beat the puzzle, while others require you win a single round of Gwent while also completing a set of objectives. Each encounter is as unique as it is satisfying to solve. I often got stumped by puzzle encounters for dozens of attempts, but always felt like a genius once I finally figured it out.

The true, 3-round, my-deck-vs-yours Gwent games are few and far between in Thronebreaker and, even when they occur, the game board is reduced to two rows each, as opposed to three rows in standard Gwent. It was at least a dozen hours before I even considered adding or removing any cards from my starter deck, and I only ever changed one card at a time once I got really sick of pulling the same card I thought was bad or unlocked a new card that seemed really strong. 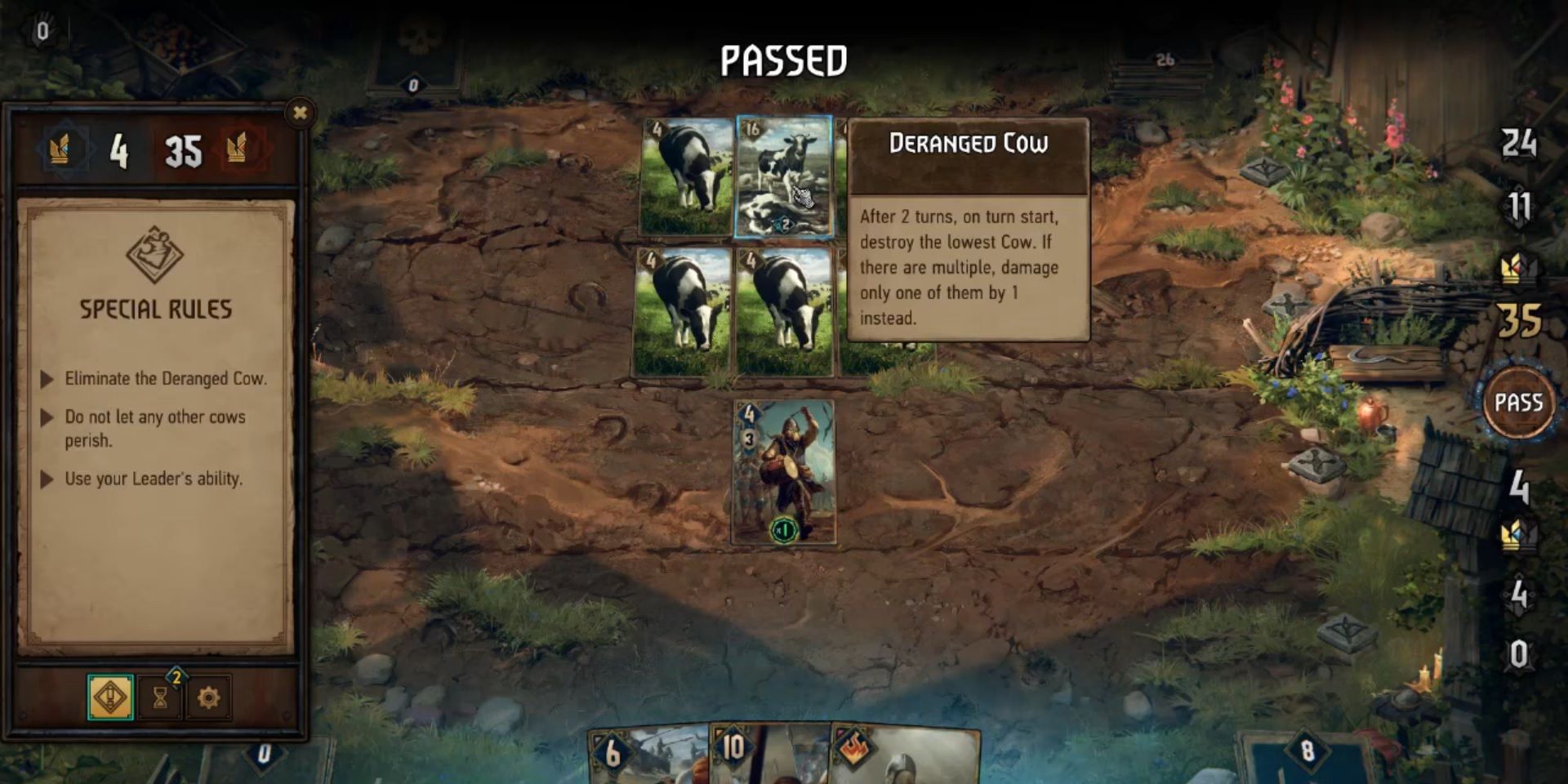 Despite my love for card games, deck building is not my strong suit, so I was relieved to find that it really isn’t an emphasis in Thronebreaker. The best challenges in the game are puzzles that need to be solved with a set of predetermined cards, and luckily, the game is full of these puzzles.

You don’t have to love Gwent to enjoy Thronebreaker. In fact, you don’t need to even know anything about Gwent, or The Witcher for that matter. Thronebreaker is a story about an army general with her back against the ropes trying to make the best choices in impossible situations. There is plenty of Witcher lore to consume, but for a game spin-off of a card game based on a mini-game in a fantasy game, Thronebreaker is shockingly accessible. If you’re a fan of puzzle games and fantasy stories, Thronebreaker: The Witcher Tales will not disappoint.

A Switch copy of Thronebreaker: The Witcher Tales was provided to TheGamer for this review. Thronebreaker is available now on PC, PS4, Xbox One, and Nintendo Switch.