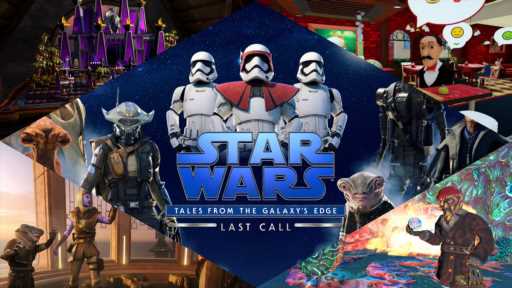 The original Cave Digger was a quirky little title, dropping players in a mining experience all about finding riches and unlocking multiple endings. As the name implies, Cave Digger 2: Dig Harder takes things up a notch with an adventure videogame set within a wild west dieselpunk world. Providing both solo and multiplayer gameplay, you and three friends can mine your way through various biomes, upgrading tools and weapons to aid this dangerous journey deep underground.

Originally released for PlayStation VR in 2019, Table of Tales: The Crooked Crown is a single-player tabletop RPG. A mixture of swashbuckling and sorcery, you lead a party of scoundrels through more than 24 encounters utilising turn-based combat featuring dice, cards, skill checks and over 40 different types of enemy.

Star Wars: Tales from the Galaxy’s Edge arrived last year for Oculus Quest and next week sees the concluding part, adding a whole new roster of characters, main campaign and two smaller side tales. The DLC update is called Last Call and sees you head back into Batuu to recover an ancient artefact whilst the tales see you take on the role of a class four assassin droid IG-88 infiltrating a fortress. The second tale continues Ady’Sun Zee’s narrative set during the High Republic era.

Leaving Steam Early Access as well as arriving on Oculus Quest for the first time, Clash of Chefs VR serves up a fast and frantic cooking experience where players can tackle an 80 level single-player or go head-to-head in the multiplayer. Chefs are challenged to prepare American, Italian, and Japanese recipes as fast as possible.