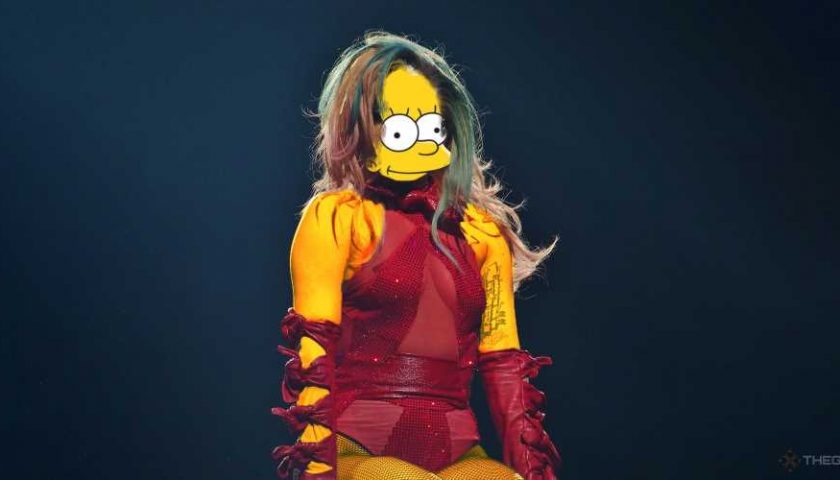 I consider myself a bit of an expert when it comes to The Simpsons. I've seen every episode, all but the new season at least twice, everything pre-season 25 multiple times and everything pre-season 16 too many times to even count. I have Simpsons trainers, jackets, t-shirts, and earrings. I have way too much plastic merch. I've eaten in Krusty Burger and had a drink at Moe's. If I was the kind of person to have tattoos, I'd have a Die, Bart, Die tattoo and would explain the episode in which it comes from at length to anybody who ever politely enquired about said tattoo. I'm only saying all this because I feel the need to lay out my Simpsons credentials before I say what I'm about to say, or I guess what the headline already said. D'oh! Anyway, the Lady Gaga episode of The Simpsons is not that bad.

Don't get me wrong, this episode isn't good. I think you could put over half of The Simpsons' episodes into the 'good' category, and over a hundred into 'great'. Lisa Goes Gaga is not that. But of the other episodes you have watchable, bad (the Gaga episode straddles this line), terrible, and insulting. Since there are more than a few in those latter two categories, Lisa Goes Gaga should be home and hosed.

I get why people don't like it. The episode goes very heavy on the Lady Gaga cameo, and feels like a showcase for the singer as much as it does a Simpsons episode. These days, guest stars tend to drop in and out, but few have ever had the spotlight in the way Lady Gaga did. If they ever were, they were usually cast as a character, like Harvey Fierstein as Karl or Kirk Douglas as Chester J. Lampwick. Lady Gaga is just Lady Gaga, and this is pre-Gucci, pre-Star is Born, pre-Countess. Her acting is oversold and underwhelming. 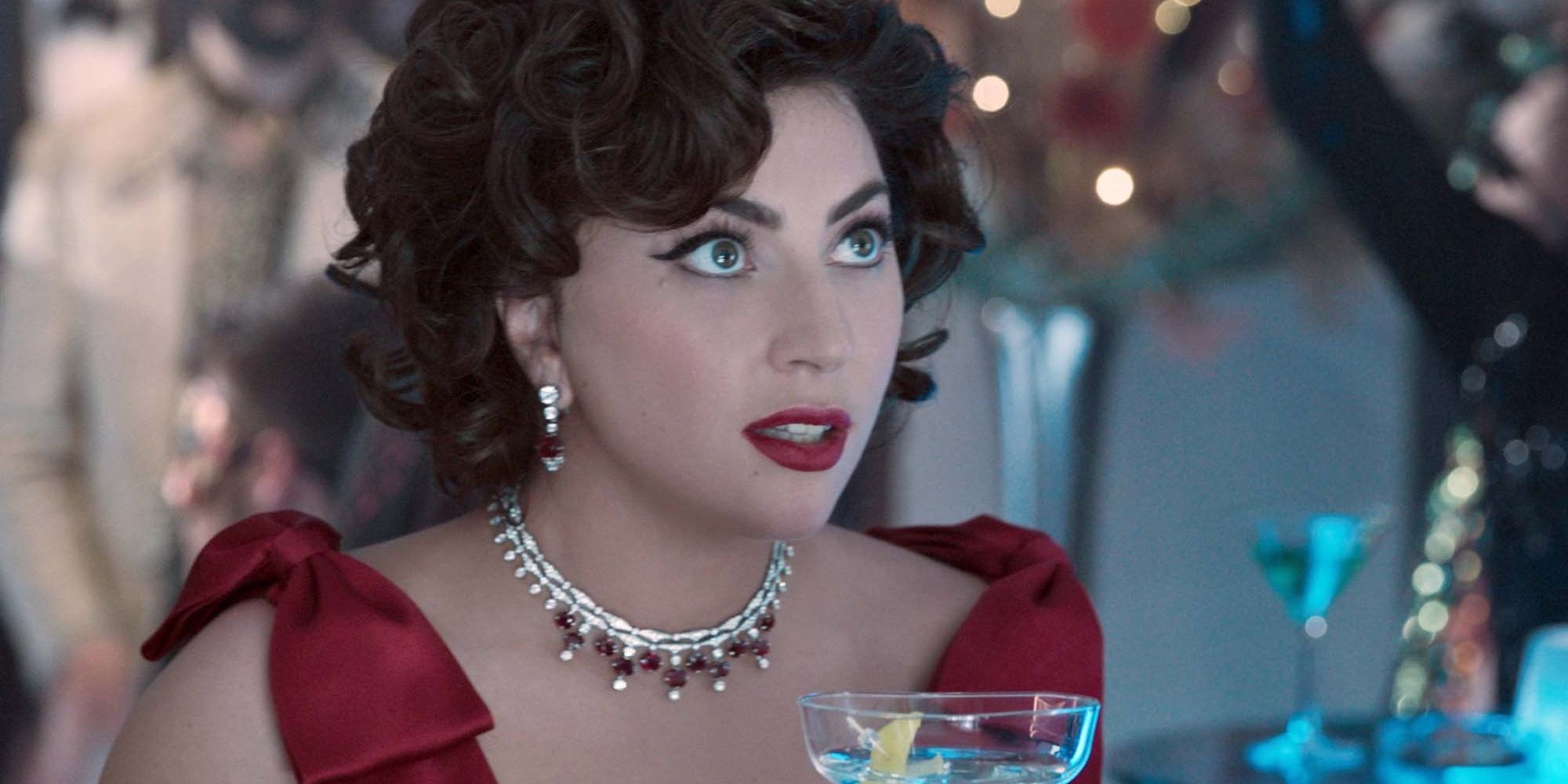 Still, she's way better than some of the more wooden guest stars – Elon Musk in The Musk Who Fell To Earth is the true worst guest in the true worst episode, thanks – and at least in committing to Gaga the episode is held together. She doesn't just walk on for a nonsensical cameo, there's a real story to Lisa Goes Gaga. That alone puts it above the bottom ten percent or so of Simpsons episodes.

This plot is solid too. It relies too much on technology, with Lisa inventing her own Facebook, but then so many modern episodes fall foul of the same issue, and none recover as well. Once this part is out of the way, Lisa and Lady Gaga form a cute friendship, accompanied by some amusing 'Lady Gaga lives with the Simpsons' bits like Homer eating the meat dress, Flanders being scared off by the conical bra, and Marge discovering sexuality isn't as rigid as she assumed when Gaga kisses her. It's not perfect; Lisa is not a Lady Gaga fan and Gaga stopping her cross-country train to help Lisa because she's sad is a lousy premise, but it flows together reasonably well and ends on one of the better post-Golden Age musical numbers. 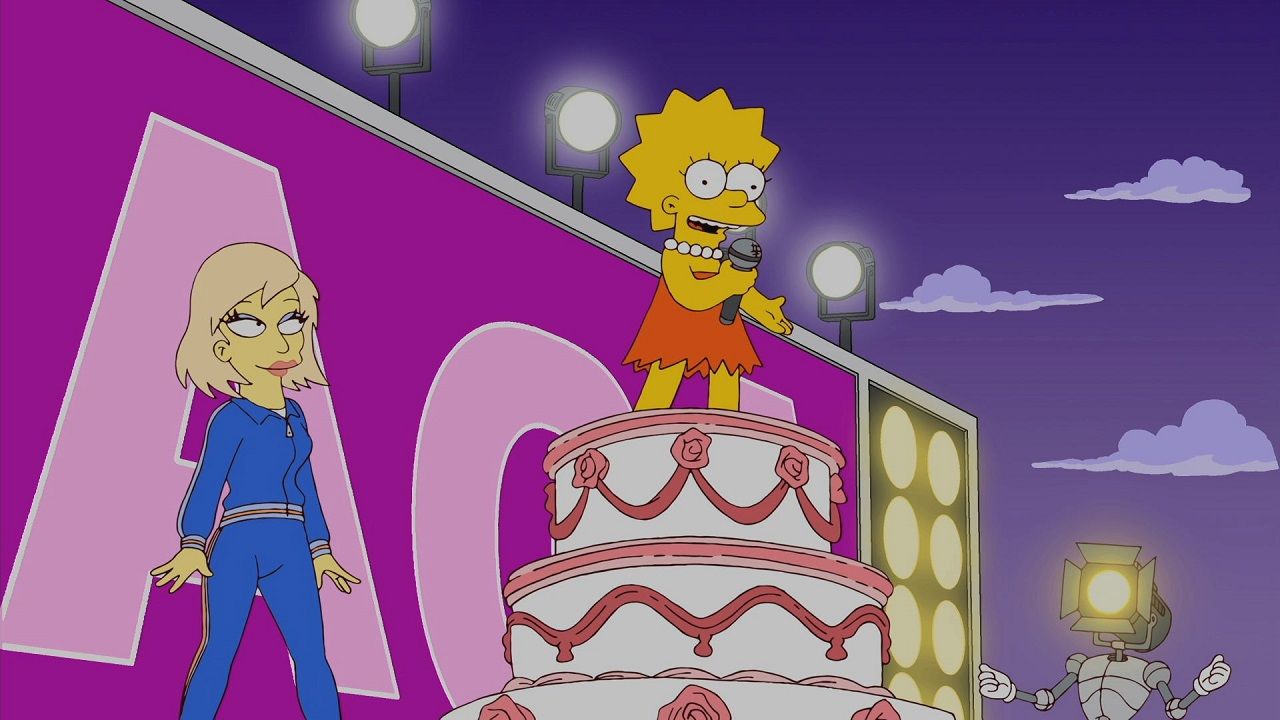 Mostly it seems to have a terrible reputation because the crossover between Simpsons fans still watching new episodes regularly and Lady Gaga fans seems small, and this was when Gaga was 'just' a pop star and known primarily for her kookiness, which earned her a bit of an unfair reputation. Being a season finale also put some pressure on it, but mostly it seemed to galvanise a debate that had no easy answer. We all knew, even those of use that stuck it out, that the show was not as good as it used to be. It will never hit the Golden Age heights again, but even as we all agreed it was getting worse, there was nothing to point to. The Jerkass Homer years showed a decline from the Golden Age, and there were examples aplenty there, but worst episode ever? No one had an answer. Now, like Comic Book Guy, we had one we could point at and sneer. Worst. Episode. Ever. Lisa. Goes. Gaga.

I can give you plenty of examples, but none of them are as established in the zeitgeist as Lisa Goes Gaga. Four Great Women And A Manicure is just a bunch of Simpsons fairy stories with the Achilles heel that none of them are funny in the least. Every Man’s Dream, where Homer breaks up with Marge and essentially sleeps with Lena Dunham's Girls character in a not-quite crossover, literally ends with it all being a dream and is unwatchably bad throughout. Even the recent landmark 700th episode, a Christmas special aired in March, about Todd Flanders' birth and revolving around yet another ‘Marge and Homer have relationship trouble’ arc, is worthy of more derision. And let's not forget the time Homer had a talking hernia, voiced by Wallace Shawn, which was then killed by Maggie. And, of course, The Musk Who Fell To Earth. I wouldn't even have Lisa Goes Gaga in the bottom ten, and it's staggering that everyone seems to agree it's the worst. It feels like someone suggested it once and now no one wants to correct them. I don't mind correcting them. We're all wrong about Lisa Goes Gaga.