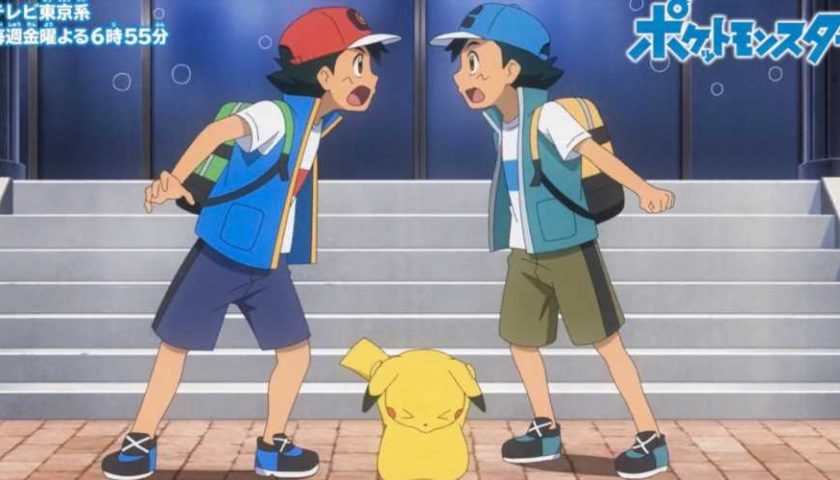 The current season of the Pokemon anime has been doing a lot of ambitious things lately. Throughout both globe-trotting seasons of Pokemon Journeys, Ash has reunited with fan-favorite trainers like Cynthia and Dawn. Last month, the series began a multi-episode arc that reintroduces the time and space Pokemon Dialga and Palkia, as well as the Distortion/Reverse world, as a tie-in to the recently released Gen 4 remakes Brilliant Diamond & Shining Pearl and a pseudo-sequel to the Diamond & Pearl movies Rise of Darkrai and Giratina and the Sky Warrior. In the most recent episode, which aired in Japan on December 3, a battle between Dialga and Palkia tore a hole in reality once again. But unlike their battle in Rise of Darkrai – which sent reality hurtling into the void of the Unown Dimension – their fight in Pokemon Journeys forced open portals to alternate dimensions, canonizing the Pokemon multiverse.

In Pokemon Journeys episode 89, Dialga & Palkia! The Space-Time Cataclysm, Dawn discovers one of these portals and meets an alternate version of herself. Following other-Dawn through the portal, she discovers an entire world that looks just like her own, but has many subtle differences. The other Dawn is a prolific Pokemon trainer instead of a Pokemon coordinator, for example. Soon, Ash and Dawn encounter this universe’s version of Team Rocket, as well as an alternate version of Ash. This is the first of two episodes that will explore Pokemon’s multiverse, so we’ll have to wait and see how things play out. We won’t get to see the full story until these episodes make their way to Netflix sometime next year, but I have a feeling the full potential of a Pokemon multiverse is going to go unrealized by the series. 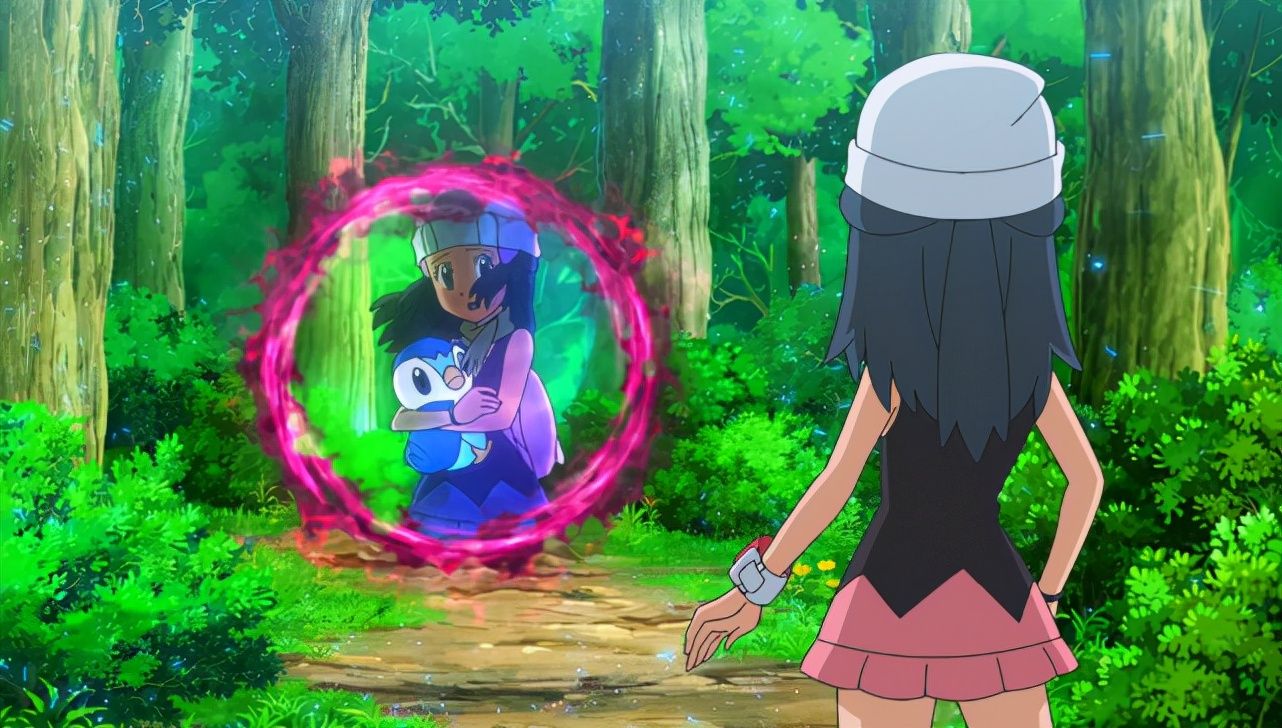 This multiverse is showing us alternate versions of places and characters from the Pokemon TV show, but a multiverse already exists between the shows and the movies. There’s always been an unspoken and ill-defined separation between the movies and the TV series. While the movies have done a good job of matching the characters and the rosters for each trainer to the current TV storylines, the show has rarely acknowledged events or plot points from the movies. The split between them finally came to a head in 2017 with Pokemon the Movie: I Choose You, which retconned the events of the TV show’s first episode and served as a soft reboot for the series. Since then, every Pokemon movie – not including the CG remake of Mewtwo Strikes Back – have taken place in an alternate universe. So while Ash is on an adventure with Goh and Chloe in the Galar region on the TV show, he’s on a solo journey with Pikachu at an early stage in his Pokemon career in the movies. The introduction of the multiverse would have been the perfect time to have the two versions of Ash meet each other, but it seems that the Ash we meet in Space-Time Cataclysm is a completely different character.

Another, perhaps more obvious direction to take the multiverse would be to introduce characters from the games. Pokemon Origins adapted Red’s story from the original game, which is in many ways just another version of Ash’s story. Seeing Red and Ash meet would be a treat for fans. Similarly, Sword & Shield characters like Marnia, Hop, and Bede appeared in the anime mini-series Pokemon: Twilight Wings, but the cataclysm could be a great opportunity to introduce them to the main Pokemon universe – especially since Hop is basically Goh’s counterpart.

Spider-Man: No Way Home demonstrates how a multiverse can be used to deliver fan-service, but if I know anything about Pokemon, the opportunity will likely be squandered. As much as I’d love to see the actual Pokemon multiverse get a nod, the Journeys storyline will likely stick with these new versions of Ash and Dawn before moving on quickly and forgetting about the multiverse forever. My expectations are low, even if my imagination is running wild.